What You Need To Know – Montana Elk and Deer 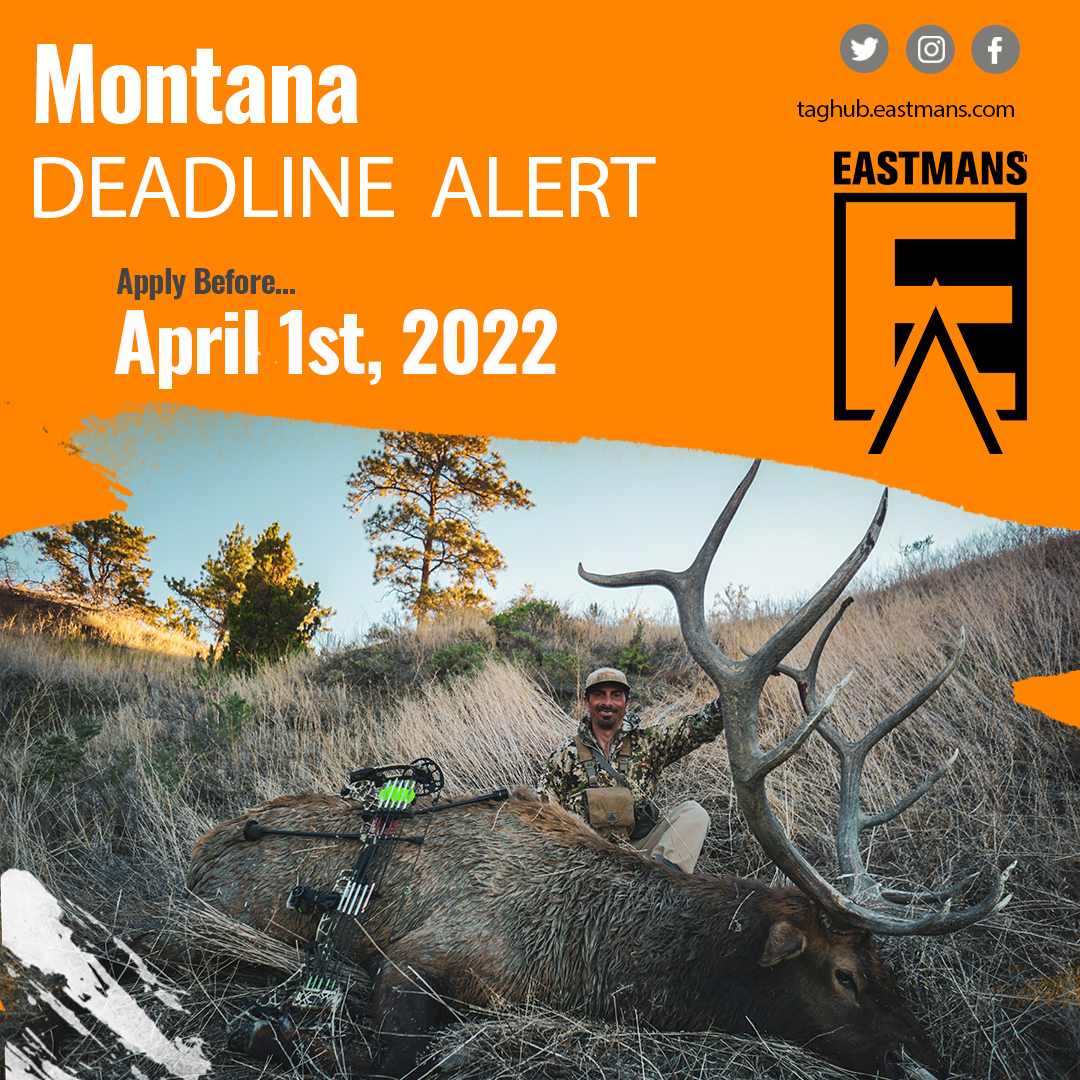 Much like elk, the mule deer regulations and districts are being restructured in all 7 regions. I would say, not quite as extreme as elk but there is definitely going to be more opportunities for either sex and either species. There are going to be a lot of boundary and hunting district changes which means there are a lot of combining two or three units into one and allocation of tags accordingly based roughly on what was already in place.

The bulk of the changes are happening in Regions 1-4, Regions 6 and 7 are mostly left alone. Additional changes we are seeing are in Region 2 and consist of eliminating the Antlered Buck Mule Deer Permits and making them general but cutting the season to the first three weeks of the general season. Numbers are down and these permit areas were changed to general so the shortened season was to help prevent over-harvest. Harvest will also be allowed on the general tag during the archery season. We are seeing this change through most of the unlimited mule deer permit areas throughout Regions 1-4. The full master list of changes and updated maps will be available on Eastmans’ TagHub as soon as they are made and we can upload them. If you’re not an Eastmans’ TagHub member now would be a good time to get signed up!

Montana is the land of opportunity when it comes to deer hunting. However, the outlook for the future is uncertain because of CWD. Don’t expect there to be good trophy quality on public land in general areas as hunter pressure is high due to the five week November season. As you can imagine, the majority of big mature bucks are coming from limited areas and private property. Not much has changed in the past year population-wise. The eastern half of the state is doing okay with fawn recruitment so there are plenty of deer around but they are mostly young. The western half of the state is doing decent with the low spot being Region 1. Unfortunately, the northwestern part of the state is declining the most due to predators and loss of quality forage. In this part of the state, logging and forest fires make the best habitat for mule deer and both have been lacking in key mountain ranges the past couple decades. To top that off, with the high densities of grizzlies and wolves, the mule deer are in serious trouble up there. Population estimates show there were 15,000 mule deer in Region 1 back when I was hunting there. Now in 2022, population estimates show only 6,000 deer left. Seeing the ungulate decline has been sad to see as the Flathead Valley is my home turf and where I grew up hunting.

On the other end of the spectrum, counts within Region 7 are showing just over 100,000 deer, which is down from the previous three years, but still in good shape… READ FULL EXPERT ANALYSIS

Montana has held steady in elk population for another year with 134,557 observed from the air. This is down slightly from the 2018 count of 143,000. Total population is no doubt a bit higher than this, but my guess is the state population is not over 150,000 animals. This “high” population count is listed as way past FWPs objectives but is it because the elk population is growing so fast? The answer is no. FWP adopted a new management plan in recent years that calls for no more than 92,000 elk in the state. This is barely about half of what it used to be managed for! Pressure from stock growers, crop damage on private property and fear of brucellosis and CWD were enough for the state to drastically cut the number of elk which are “acceptable” in the state. To make matters worse, populations are declining or holding steady on public land and are growing on private land.

There’s a saying that 70% of the big game lives on private land in Montana and 30% lives on public. The tricky part is 70% of Montana is private so it makes it extremely difficult for FWP to manage big game populations and keep everyone happy.
Too much pressure on public land drives animals to private, where they don’t get hunted. Many big ranches that do not allow hunting become sanctuaries for deer and elk and populations grow. Second, elk have adapted to predator pressure, they are staying in agricultural areas to have calves because wolves and bears aren’t tolerated or prefer to stay out of these areas if they can help it. Why travel back into more traditional summer ranges that are crawling with grizzlies and wolves when you can live the easy life down on pivots where the only predators you have to deal with are coyotes? I’ve seen this firsthand in the big sky state over the past 20 years. Simply said, the post-wolf elk is a drastically different animal.

Though 2021 harvest figures have not been released yet, 2020 harvest data shows hunters harvested roughly 13,980 bull elk. Of these, more than 6600 were 6-point bulls—about 50% of the total harvest. These numbers are very rough but that is a solid 6-point percentage. I do believe harvest was higher as surveys are very random and not mandatory for hunters of Montana.

Shoulder hunts are antlerless rifle seasons that occur before and after general rifle. Some seasons start in August and others continue all the way until February. FWP adopted these seasons in 43 hunt districts. However, these shoulder seasons have thus far not had their intended effect and they will be discontinued starting in 2022. However, FWP is going to adopt new seasons with the same intentions and call them early and late seasons. These seasons will have a heavy private land focus and are intended to curb the population growth of elk on private land.

Any way you slice it, Montana is facing serious change. If you’re not an Eastmans’ TagHub member now is the time to become one as that will be the vehicle by which we keep folks up to date on the happenings, in Montana as they come down the pike… READ FULL EXPERT ANALYSIS