How To Prevent Mountain Lion Conflicts

Manage garbage to avoid attracting lion prey. Don’t leave garbage out at night, use cans with tight fitting lids. Avoid landscaping that attracts deer and provides hiding places for lions. Close off spaces beneath decks, porches, or sheds that can be used by mountain lions and lion prey species. Keep outdoor animals in a secure pen that includes a wire roof. Some dog breeds may help deter a mountain lion. Keep small pets indoors, especially from dawn to dusk. Supervise children when they are outdoors.

Lions are secretive, using canyons, rock outcrops, cliffs, boulders, and dense vegetation for hiding and hunting. Most lion activity and hunting occurs at night, but lions are active from dusk through the early morning hours. Prey includes deer, elk, moose, mountain goats, and bighorn sheep, with deer being the most common prey in much of Idaho. Lions also prey on raccoons and other small mammals, and occasionally domestic pets and livestock. Prey items are often dragged away and covered with vegetation or dirt (cached), to be consumed at a later time. Breeding occurs year-round, but most commonly in winter and early spring. One to 4 kittens are born about 3 months following breeding. The young stay with their mother for a year or more. 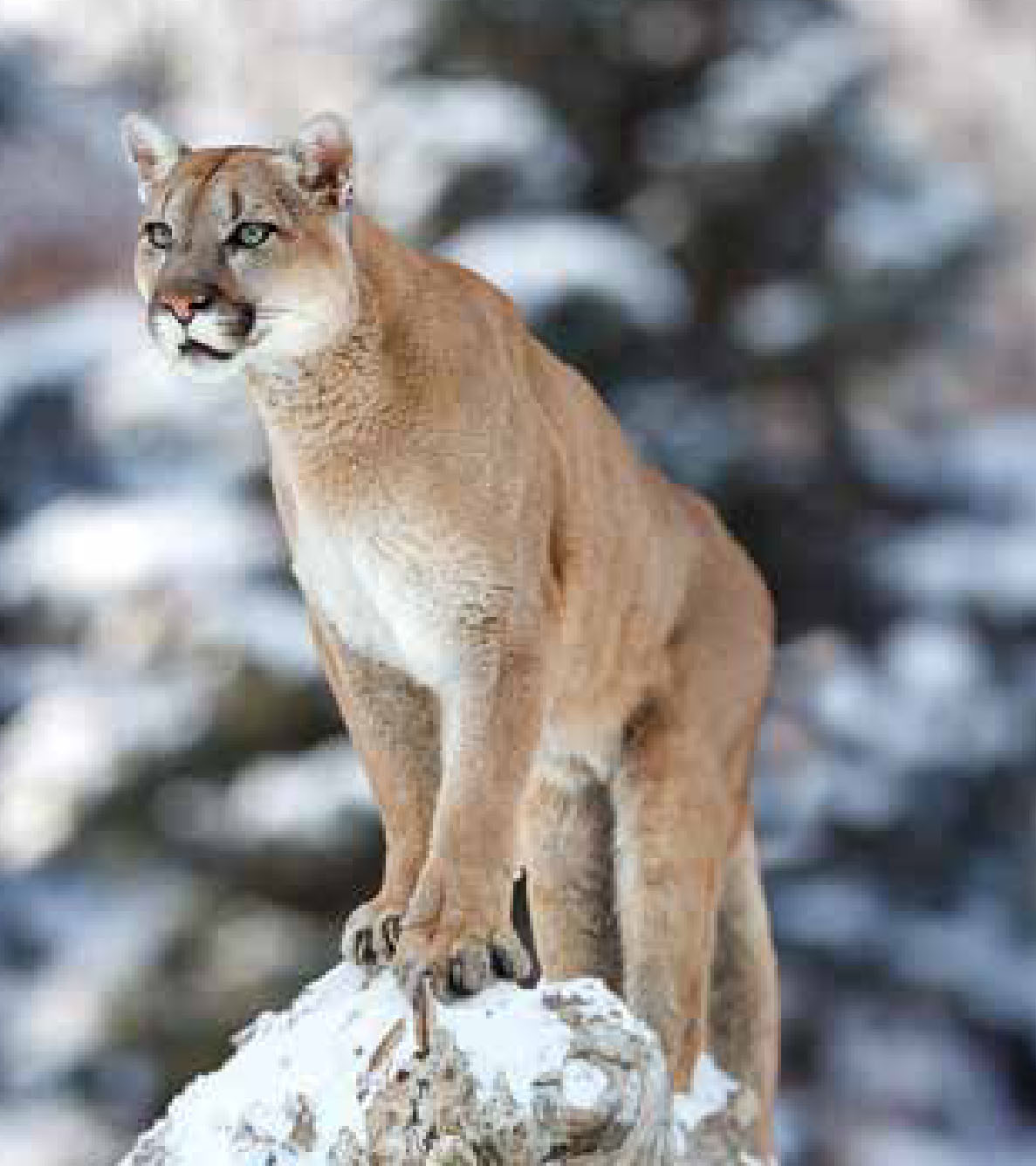 Cached prey items are a sign that a lion has been in the area and may return again to feed on the cached food. Lions often leave vertical claw marks on trees, stumps, or fence posts, 4 to 8 feet above the ground. Lions make a variety of calls or vocalizations: they hiss, purr, mew, growl, yowl, chirp and cry. 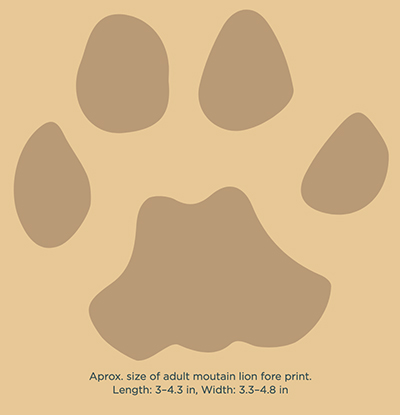 If you are with children, pick them up without bending over. Do not turn your back on the lion. Do not  crouch down or try to hide. Remain standing and facing the lion slowly back away. Leave the lion an escape route.

Try to appear as large as possible—stand on a rock or stump, hold up your arms, stand next to others. Shout, wave your arms, and throw objects if the lion does not leave the area. Fight back if a mountain lion attacks. Stay on your feet and use sticks, rocks, back-pack, hands to fight back. Use bear spray if you have it. Never approach a mountain lion or offer it food.
More On Mountain Lions and Cougars.
Original link