A Deer Beating and Property Rights 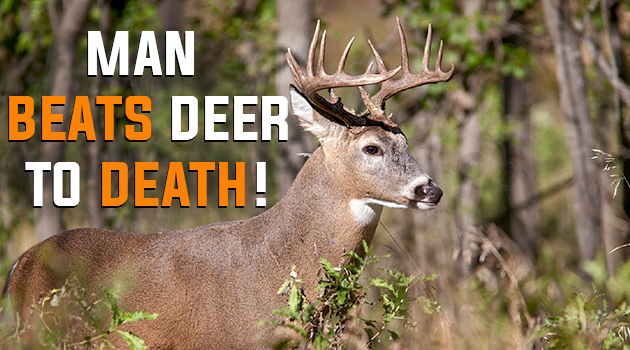 A friend of mine sent me this article recently and all I could say at the end of it was, “Dang!”  As you all know, poaching is a subject we are passionate about here at Eastmans’. A one word search on our blog for the word ‘poaching’ and a slew of results pop up that we’ve reported on over the years, and these don’t even include the ones that Mike Eastman wrote about in the early days of EHJ.

The quote from the article on this this heinous poaching incident west of Sheridan, WY makes me really scratch my head: “…they were infringing on his solitude on his property.” This wasn’t even a rancher that was at his wits end with deer overrunning his property. It is a property owner that was saying deer were simply infringing on his solitude. That’s one of the strangest comments I’ve ever heard regarding wildlife, and believe me, I’ve heard more than my share of reasons why people hate deer on their property from my years with a state game and fish department in dealing with big game depredation problems. I’ve been called every word in the book and have been in discussions that I wish I could forget.

No, this isn’t a simple poaching case where an antler fanatic tried to get away with shooting a giant deer so he could sell it or pass it off as his own legitimate harvest. This is a property owner losing his marbles and killing at least 113 deer, including one incident where he was seen beating a deer on the head with the buckle end of a tow rope! Again, my slack-jawed astonishment while reading the article from a Billings, MT news station had me shaking my head and thinking, “Dang! I’ve never heard of such a thing.”

From a wildlife management standpoint, this further illustrates just how important hunters are to the landscape and in managing wildlife populations – especially big game. It also emphasizes the importance of private land access programs that various state agencies have so that hunters have access to private land to help control the harvest and also spread hunter pressure out across the landscape. If access is unattainable on private land and the hunting public is simply pounding every acre of public land, it is impossible to get a balanced harvest and problems like this tend to occur.

The department I worked for had a case where a farmer was so distraught over the volume of deer in his cattle feed supplies during the winter that he resorted to shooting them and driving over their carcasses with his tractor to smear them across his feedlot to “deter other deer from coming in.” It was quite a sight.

Support the various states’ access programs. Some states even have ways you can make donations to help their budgets go further so they can work with additional private landowners to open up access for responsible hunting. Land access issues are tough and need to be done in conjunction with willing landowners so that everyone wins – the landowners, sportsmen, and the wildlife. The United States is a unique animal when it comes to our system of wildlife management: wildlife is a public resource and much of the land they live on is a private resource. Cooperation between agencies and private landowners, as well as sportsmen being responsible on the landscape, is vital to helping alleviate unnecessary situations like this and to help open up more fantastic private land for public access.