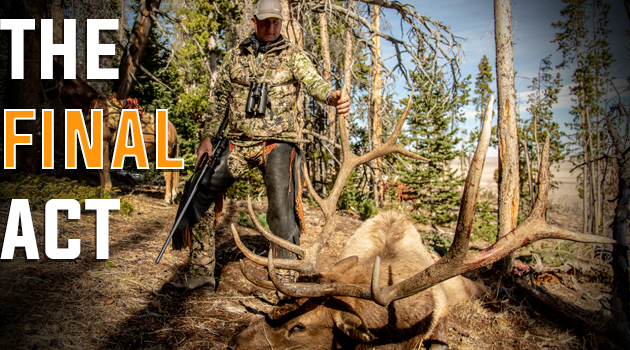 For most elk hunters the end of the elk rut can be a very disappointing time to pursue bulls. With the rutting action winding down, the hunting can become unpredictable and downright frustrating at times. Fear not however, all is not lost; with the unpredictability comes some good opportunities at some of the biggest bulls in the area.

When most of the breeding is finished the elk change their rutting behavior. The biggest, most mature bulls go from methodical herd managers to one-man, traveling clean-up crews. The name of the game is to find every cow that has not been bred yet and get the job done. It’s nature’s version of Slapjack – search the deck, find the missing jack, take care of business and move on to the next one, making sure that every single viable cow has a calf come June.

The first order of business is to recognize that you have fallen on the later stages of the rut in the first place. The biggest keys to noticing your rut hunt has fallen on hard times are outlined in the sidebar below. Time of year, herd behavior and elk body language are the best ways to determine if you are in the cooling zone or not.

Strategies for hunting big bulls during this window vary slightly, but for the most part, it becomes a spot-and-stalk endeavor and a patient ambush game. Because the big bulls are on the move, if you find one you have to either commit or ready yourself to possibly never see the bull again. Many times I have caught little more than a glimpse of a big traveling bull only to never see him again.  Once the big bull does find some cows to check he can sometimes get the job done in only a few hours or sometimes he can linger in the shadows beyond a big herd of cows for a few days, you just never know. 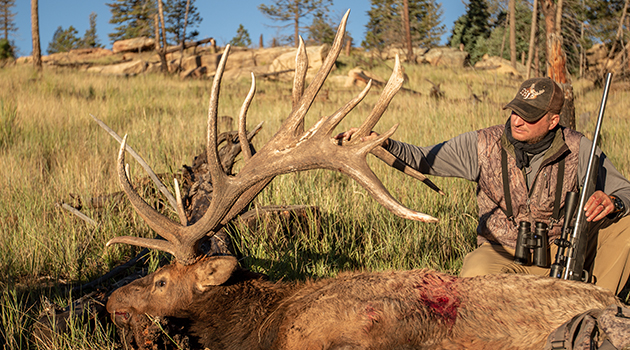 Learn your elk area; understanding the ins and outs of your area is crucial to learning to hunt tail-end bulls. Learning the travel routes, escape routes and the saddles and ridges that elk use to travel from one creek drainage to the next is a very good idea. In addition, I always try to find good lookouts, pockets and ridges to spot from. I like a place where I can see multiple creek drainages and miles of country from one spot. Set up there and glass for hours on end. Elk are big animals and glassing for elk is much easier than glassing for deer.

One thing to keep in mind is that many times these bulls travel from one drainage to another in the middle of the day. Like a hound dog, they wander the country, letting their noses do the work.

A good friend of mine from high school is an outfitter on the Yellowstone border. After hunting this same area for over twenty years now, he swears up and down that the best week to kill a huge bull in his area is the week of and around the 15th of October. This might seem strange to most, considering this area opens for rifle hunting on the 15th of September, right smack in the middle of the rut. The reason is that the middle of October is when the big bulls leave the park in search of unbred cows. And believe me, this outfitter and his guides know exactly where to set up with their glass to find a big traveling bull.

A second method to try is to find the collapsed and consolidated herds of cows and patiently keep an eye out for a visiting monarch. Just because there is a 300-inch bull running the show here today does not mean he will be the head honcho tomorrow. When the rut begins to wind down, the cows and calves will group back up into large herds in a single creek drainage. The most mature bulls in the area will usually find a way to seek out these groups of cows and rut one last time. Beware, however, these big bulls will often do their work under the cover of night and usually as quietly as a mouse. At this point in the rut, the bugling and herd management is reserved for the younger, less experienced bulls.

One October 15th I found a drainage in Wyoming while mule deer hunting that had well over a hundred cows and calves piled into it. Along with this massive pile of elk were ten bulls, including two monster bulls that had moved in from the river drainage almost six miles away. I had seen these bulls drift over the 11,000-foot saddle the day before. 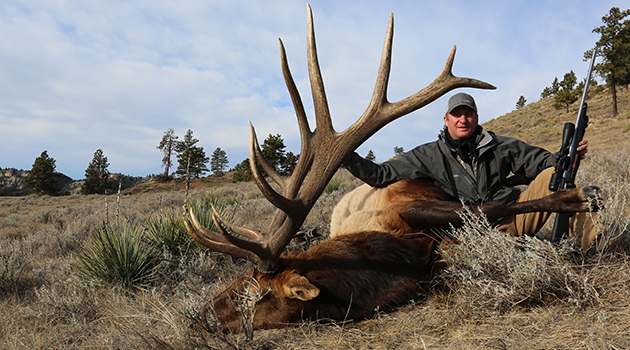 Sure enough, the very next morning they were in the mix, duking it out to make sure that every last cow was bred. It was almost like they knew exactly where to go on that date to find the mother lode of cows, even though they were surely well out of their normal home area. It must be nature’s way of making sure the genetics are thoroughly spread out over the entire mountain range and do not become too concentrated in one single area or drainage.

When the weather begins to turn nasty and the fall colors are all but gone, don’t get too discouraged with the elk season because the rut is not still at the peak. Stick to your guns, be patient and keep to the fundamentals. Find the best lookouts, glass thoroughly, find the large cow herds and watch patiently for a big bull to drop in for a visit, spreading the genetics around with some last-minute unbred cows; in reality, the rut’s final act is usually not the end of the show.

Time of year – This can vary from region to region and from year to another. In general, the final stages of the rut can start as early as September 25th and end as late as October 31st. As a rule of thumb, the final phase of the rut usually runs from October 1st to the 20th.  Disinterested cows – As the bulls complete their job, the cows will become disinterested in the rutting activity around them. The herds will not be as tight as they were weeks earlier. Lone cows will drift off with little attention or notice from the bull. Read the cow’s body language; if a few cows in the herd seem disinterested, you are nearing the final act of the rut.  Kicked-out cows – When the rut begins to wind down, one of the tell-tale signs is usually seeing cows and calves with no bull in sight or small groups of cows and calves with spikes back in the mix. Kicked-out cows will usually revert back to their summer mode and pay little attentions to calls and other rutting elk. The mature bulls will also show little to no interest.  Compiled harems – As the cows get bred and kicked out of the harem they begin to consolidate back into large groups. By the very end of the rut you might find very large herds of cows with younger bulls on the outskirts of the herd. The harems will appear as though they have consolidated into one huge herd. This is a good spot to find a big bull double-checking the cows for unbred, second-cyclers.

Lone disinterested or traveling bulls – As the cows lose interest in the rut the less mature bulls will as well. A bull that is doing more feeding than bugling and only seems to give out courtesy bugles is a bull that has seen the end of the rut drawing near. A big bull that is on the move alone, going from drainage to drainage like he has somewhere to be, is a bull in search of second cycle cows…the end is near.