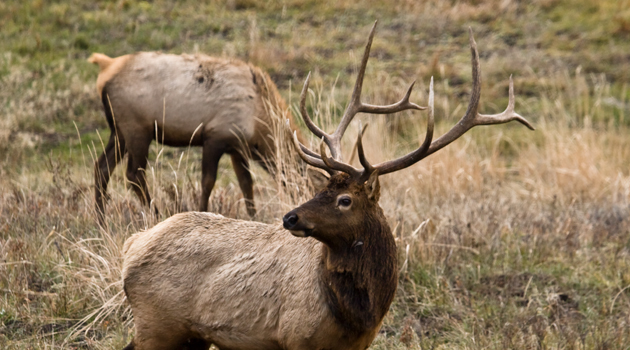 With an overwhelming increase in demand, is it time to rethink the concept of “preference points?”

Over the past decade the steady increase in demand has slowly eroded the mathematical sustainability at the core of many points systems throughout the West. The steady, drip, drip, drip scenario that has created the ever-dreaded result of “point creep” has escalated into what is now a flood of new applicants into the system causing most of the draw systems to completely collapse upon themselves from a statistical and mathematical standpoint.

Many of these systems were based on demand indexes set nearly thirty years ago. A time when paper applications and cashier’s checks with hefty up-front fees were the only way to apply for a tag. These methods and systems were very antiquated and difficult, not to mention costly to negotiate. For this reason, most nonresident applicants only applied for one maybe two different states each year. As time went on the process became more and more simple and with the advent of the “application service”, the process became even easier. Applicants did not even have to up front their own fees in most cases any longer. As a result, the states became more and more efficient at gathering up fees from applicants for the process without having to sacrifice any additional units of the limited resource at hand, tags.

Before long, desperate hunters were paying thousands of dollars in pure fees just to apply and have a remote chance at the possibility of a tag to hunt a buck, bull or ram. The advent of the preference and bonus point was just another way to create massive amounts of “brand loyalty” to a single state so to speak. This fictitious product was devised to slightly increase an applicant’s chances at drawing a tag, but also would cement the applicant to the “system” by giving them an increase in hope for the future all while threatening to drop them to the back of the line if they even dropped out of the system for a few years in a row. All the while, many states began to tweak and change their systems to favor angry and frustrated applicants with fewer points who threatened to leave the system. In many cases, the point system you may have signed up for in the beginning is not the current system you are glued to currently (Arizona).

As these systems have evolved and been overwhelmed with demand many of them have begun to move closer and closer to that of a random draw system. For instance, the state of Wyoming makes millions of dollars from preference point fees and will not give that revenue up without a fight. However, many of the new hunters coming into the Wyoming system are essentially left with the random draw portion of the draw system and that’s all. As the likelihood of them ever drawing a sheep tag in the points draw in their lifetime becomes more and more statistically impossible each and every year. Now the state seems to be exploring the possibility of cutting the nonresident allotment for those coveted tags in half which would result in a Wyoming sheep or moose hunt being nearly impossible for your kids. What currently takes roughly 25 preference points to draw would now take over 50 years to draw. That means that your kids and grandkids will probably not live long enough to actually draw a sheep or moose tag in the state of Wyoming other than the ever so slight chance at a random draw tag of which there are only six total tags available each year which may be reduced to only two or three. Compound that with the fact that over 11,000 nonresidents apply for those tags and you have some extremely low odds to contend with.

The question seems to be lurking on the horizon of the inevitable, are we trying to swim upstream in a flood here? Would the best option be to revert back to a straight up randomized draw for tags again? States like Idaho and New Mexico have held strong to their simple random systems and there seems to actually be more excitement and enthusiasm for their draws than the likes of complex systems like Colorado and Arizona, particularly with newer applicants. The fact remains, you cannot gain favor for one group without sacrificing opportunity for another. That is the way these systems work. The problem is, the disenfranchised group is so large now, that there really is no option for them to ever progress out of that group.

The next five years will be very interesting to say the least. I, like many of you, do see the benefit of the increase in new hunters coming into the arena, but I have no idea if this influx is temporary, some kind of side effect of Covid or something much more permanent in nature as more and more young adults strive to create their own food, outside the traditional methods of a modern world. Time will tell.