Back Up, You’re Ripping My Head Off!

After bucks shed their velvet they want to engage with other area bucks … and show them how tough they are. There are several ways for them to do this, but my personal favorite is when they spar with other bucks. Sparring is practice fighting. And there are times when that fighting practice heats up and the fight gets serious.

A few years ago on opening day of bow season, two nearby bucks locked horns and it got rough. The older buck pushed his foe off balance and, using his thicker antlers, yanked the other buck right off his feet and slammed him on the ground, back down, with his white belly straight up … and promptly gored him brutally.

The bucks have been mixing it up this year, too. This morning, before daylight, several deer shadows took shape where I was watching from a ground blind. After daylight, a buck humped his back up and stiff-legged toward another buck.

He lowered his antlers down to where the other bucks antlers were and began pushing on his antlers as well as his body. As much as anything, that stiff-legged buck wanted to take over the exact place the other buck was standing. Then they locked horns very briefly and pushed and twisted.

Abruptly, they stopped and stood looking off into the woods. 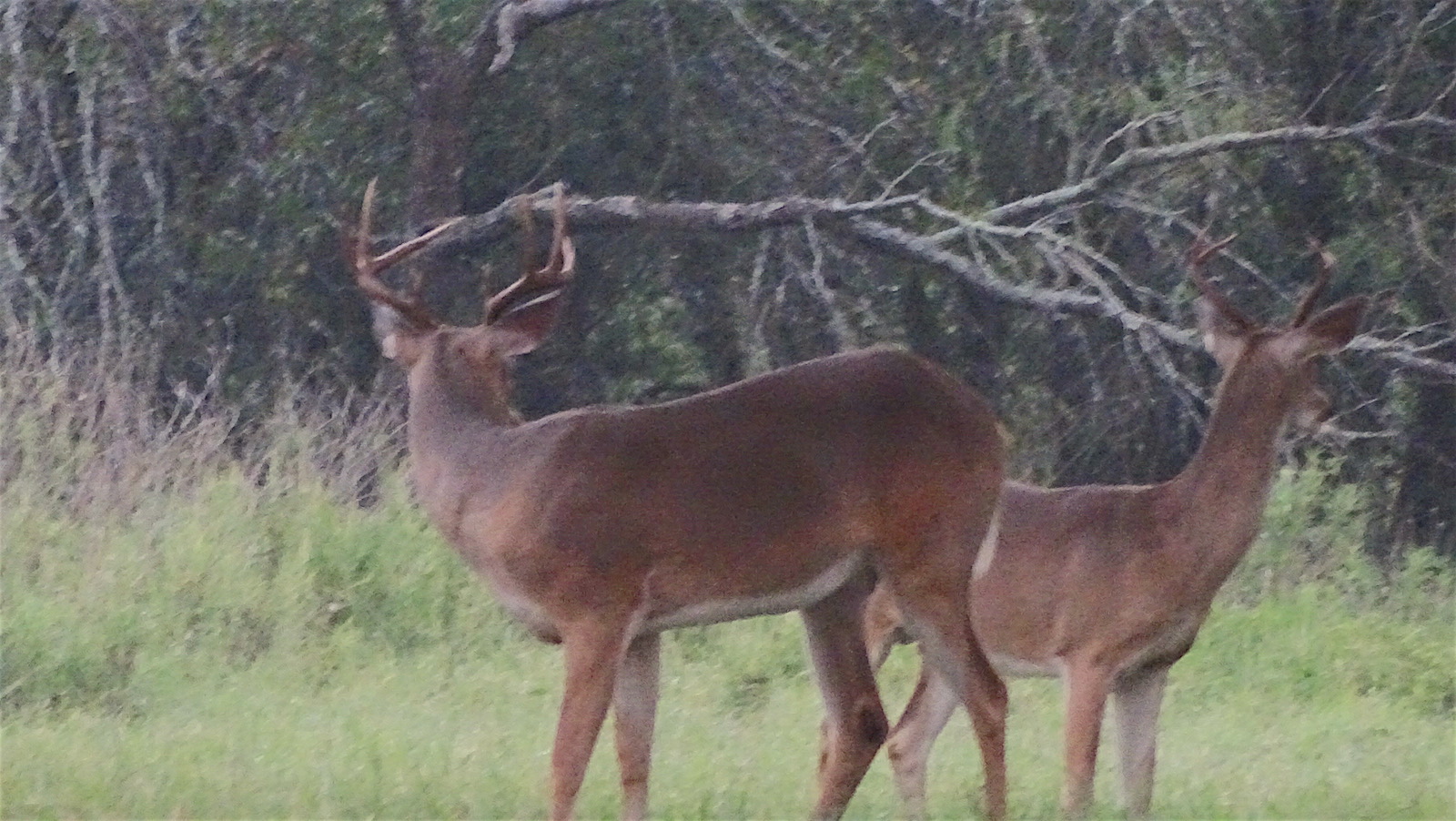 They went back to the locked horns, push and shove bit.

This time they kept it up for a couple of minutes.

Again, they stopped and looked around, for some reason, always being careful not to look directly at the face of the other buck. 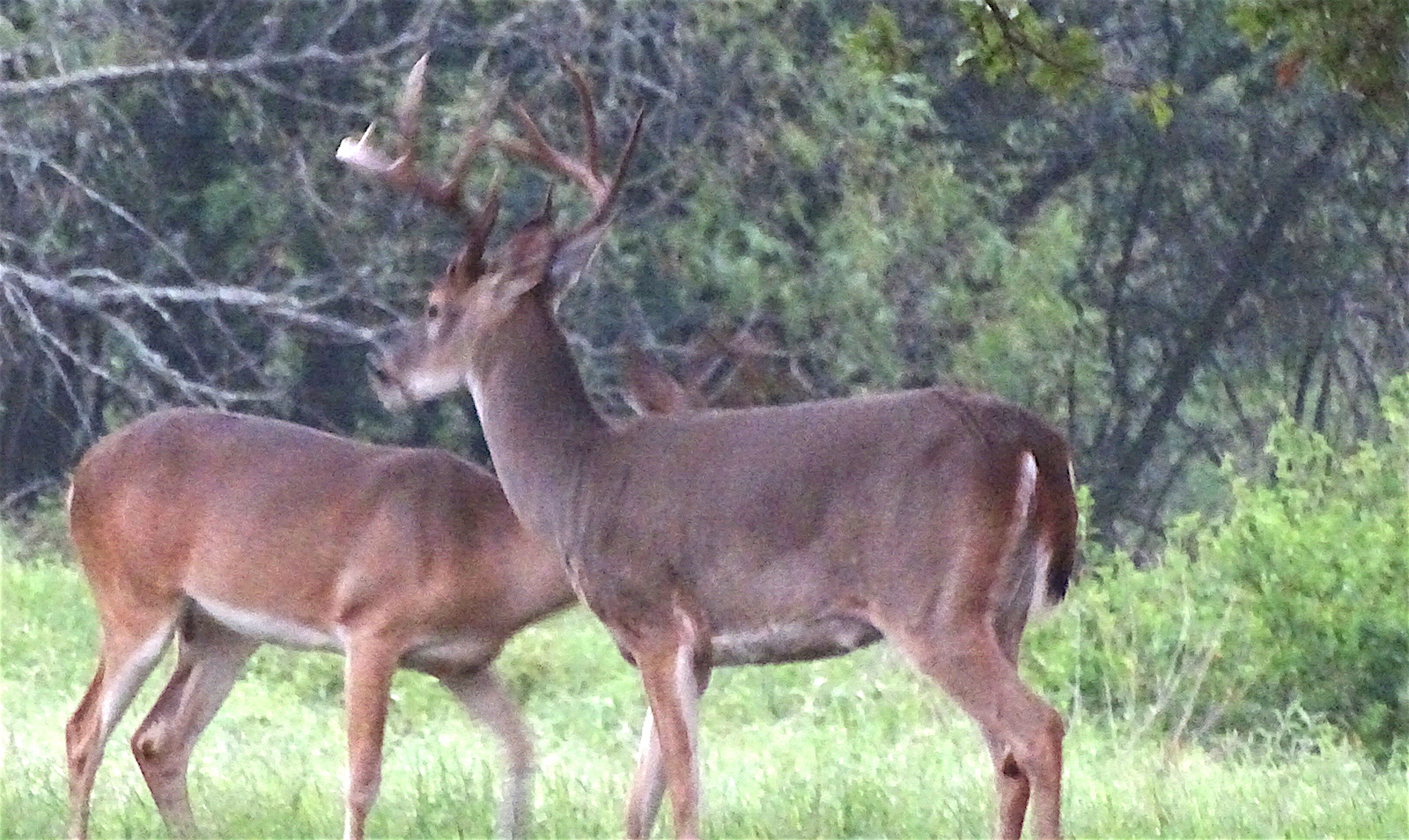 Surprise, a third buck ran up between the two bucks and puffed up his hair to look menacing. 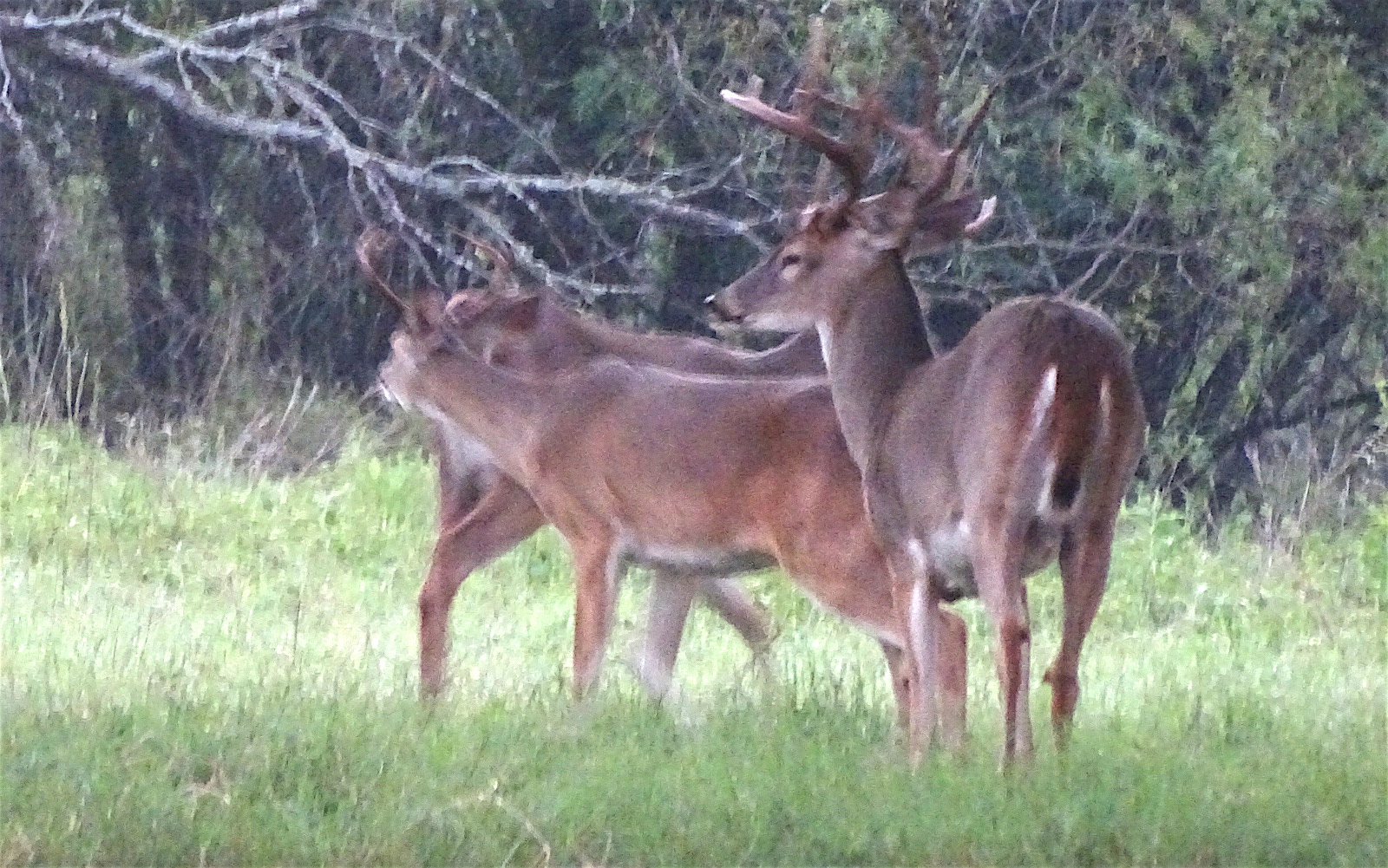 The smallest buck hurried into the woods, leaving the other two bucks to meander around as tow new bucks joined in. 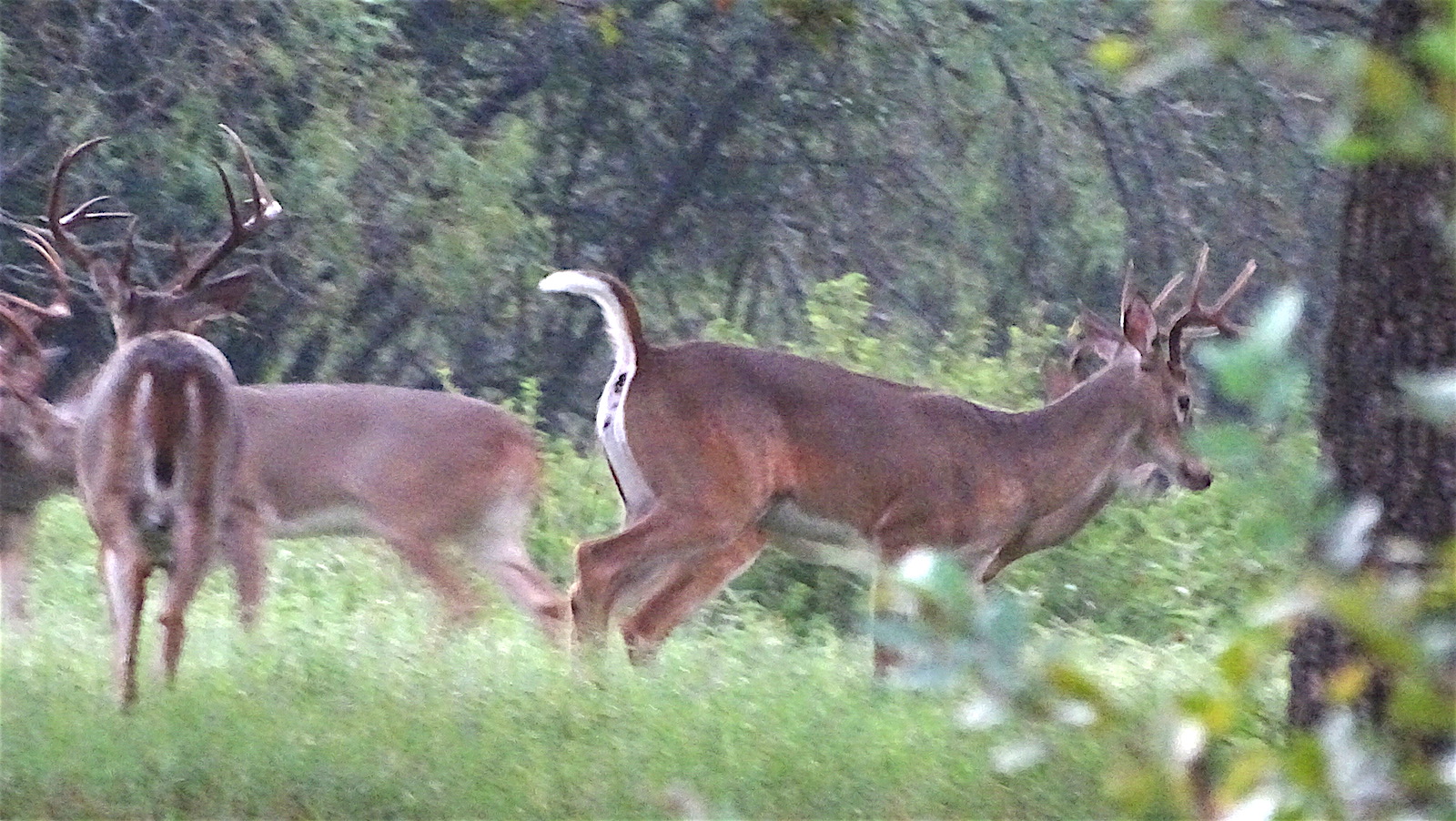 Check out the racks on these two bucks (below). They really torqued out putting the pressure on their opponent. This confrontation got loud as their antlers clicked and crashed together.

Springfield Armory’s Model 2020 Waypoint is an Acc...
Flip Your Backstrap Every 20 Seconds (and More Ven...