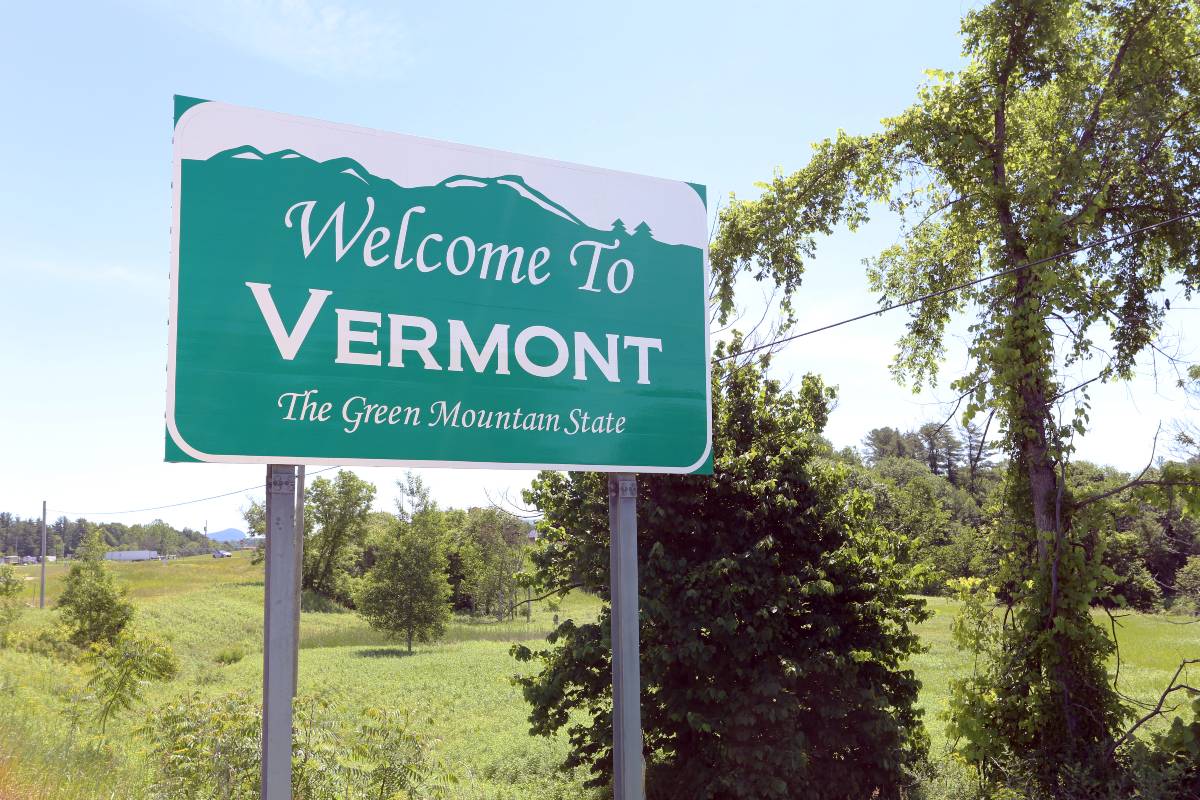 The 14th state to join the union is rich in history and a modern-day marvel for anyone who ventures into its borders. If you and your traveling crew decide to go RVing in Vermont, be ready for an adventure filled with natural beauty, endless outdoor fun, delectable staples, long-standing traditions, and much more!

From covered bridges to snow-covered mountains to maple syrup, the Green Mountain State has everything you need in any season. Enjoy cross-country skiing, hiking, apple-picking, cheese tasting, Ben & Jerry’s ice cream, and maple-covered pancakes. And that’s just scratching the surface.

When is the best time to go RVing in Vermont?

This is a tough question for the state of Vermont. They tout all kinds of activities and events every month of the year. Ultimately, it depends on what you enjoy doing and what you want to experience. Here are some of the types of things you can see and do, based on the season:

Even though Vermont is listed as number seven in a list of the “Coldest US States”, with January being the coldest month, it is absolutely possible to go RVing in the winter. In fact, several Vermont State Parks never close and make a great spot to set up camp with fewer crowds during the off-season. Just make sure your RV is winter ready and always stay abreast of the weather, particularly when it comes to travel days.

Matt and Diana of Adventurous Way share their tips on wintering in Vermont in the clip below.

Even though Vermont is one of the smaller US states, they have three interstate highways and five US highways that enter Vermont, in addition to its own state highway network. The interstates include I-89, I-91, and I-93.

Vermont, being the 14th state, has an older infrastructure that is not always conducive to larger RVs. Certain routes wind through mountains, forests, and covered bridges, and may not be RV-friendly, so using an RV-safe GPS like the RV LIFE App is essential for safe travels.

Aside from touring in your tow vehicle, it is possible to see Vermont by train. The state has 10 scenic byways, including noteworthy drives like the following:

There are 410 miles of byway that run along the Connecticut River and through the Green Mountains. Along the way are several historic small towns where you will find crafts, antique shops, galleries, and festivals.

The Crossroad of Vermont Byway

This 50-mile byway crosses mid-Vermont from east to west. You will discover historic farms and businesses along the way like Billings Farm & Museum and the Vermont Marble Museum.

On Vermont’s West Coast you will enjoy 185 miles along the Canadian border. Travel from quiet farming towns to quaint little villages to bustling cities. You might try a lakeside campground and eat at some of the local restaurants that get their food from local farms.

This byway was named after the wife of General John Stark, who led the colonial militia to victory at the Battle of Bennington. Be sure to stop at the memorial. You can walk up in the tall tower and get great views of the area.

Known as “Vermont’s Main Street” and “The Skier’s Highway”, this route leads to a number of outdoor activities including skiing in the winter and riding, hiking, biking, and golf in the warmer months. Discover everything Vermont has to offer from north to south on this almost 150-mile route.

Historic downtowns to explore while RVing in Vermont

Vermont has many authentic downtowns designated as historic areas you can explore. Out of 251 towns, 23 hold this distinction of unique places to experience. The following list mentions a handful of these towns and details interesting places to visit in each.

From A to N

Barre is the “Granite Center of the World.” Visit Rock of Ages Granite Quarry and go on a scavenger hunt for the many intricate stone carvings and life-size statues peppered throughout the town.

Bennington’s covered bridges cross the Walloomsac River within two miles of each other. Take a tour of the Burt Henry Covered Bridge, the Paper Mill Village Bridge, and the Silk Road Covered Bridge.

Bristol is a haven for outdoor enthusiasts with hiking, biking, fishing, kayaking, swimming, snowshoeing, and skiing within minutes of downtown at Green Mountain National Forest and Bristol Falls.

Burlington is the original home base of Ben & Jerry’s Ice Cream. While the first shop (an old gas station) no longer stands, there is an ice cream shop in town for folks to sample all of the delicious flavors.

Middlebury is the home of American poet Robert Frost. Check out the interpretive trail of his namesake, which includes several of his poems mounted along the trail in the woods and fields.

Montpelier, the state capital, is home to the Vermont State House, one of the oldest and best preserved of our nation’s state capitols. Take a tour of this impressive piece of architecture and historical landmark.

From O to Z

St. Albans hosts the Vermont Maple Festival, a celebration of the state’s first agricultural crop of the year—maple syrup.

St. Johnsbury claims fame to the largest corn maze in New England, the Great Vermont Corn Maze. From mid-summer to the end of October, visitors can make their way through the BIG Maze, which covers 24 acres and is approximately a three-hour hike!

Stowe is a retreat for outdoor lovers, from hiking Vermont’s historic Long Trail to skiing and snowboarding trails at the mountain resort.

Vergennes was the first city established in Vermont and the smallest city at only two square miles in size. While it may be a fraction of the size of other cities, there is a lot packed in this quaint walkable community.

You can spend almost every weekend attending a festival in Vermont. There are the usual arts and music festivals, but they have some unique ones too.

Try the Gilfeather Turnip Festival in Wardsboro. There is a Garlic Fest in Bennington. Stowe hosts the British Invasion Festival (celebrating vintage British cars and culture). You can also check out the Vermont Brewers Festival in Burlington, where you can enjoy creations from local brewers. 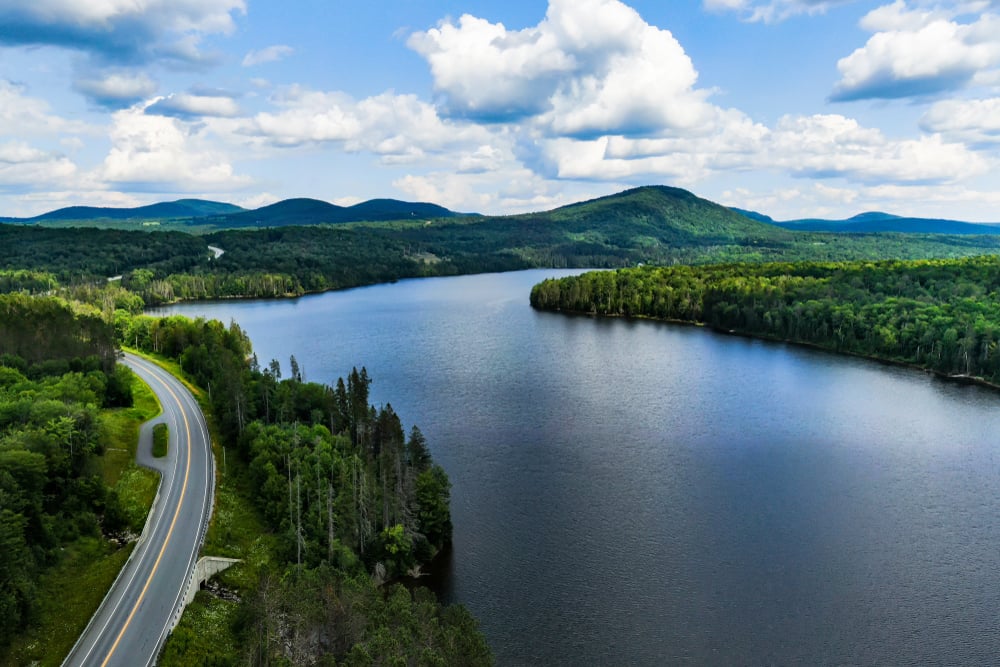 Enjoy a scenic drive while RVing in Vermont. Photo: Shutterstock

RVing in Vermont will give you the opportunity to see so much of what the state has to offer. Be prepared with the RV LIFE Pro tools to get RV-safe GPS directions and campground reviews and to find RV conveniences like fuel stations and dump stations along the way.

Have you ever visited Vermont in your RV? Share your suggestions on places to go RVing in the comments below!

Relax And Unwind At Catalina Spa RV Resort In California

How to Choose an RV Water Heater

How to Keep Mice Out of Camper (5 Best Ways)

Where Can You Dump Your RV Waste?