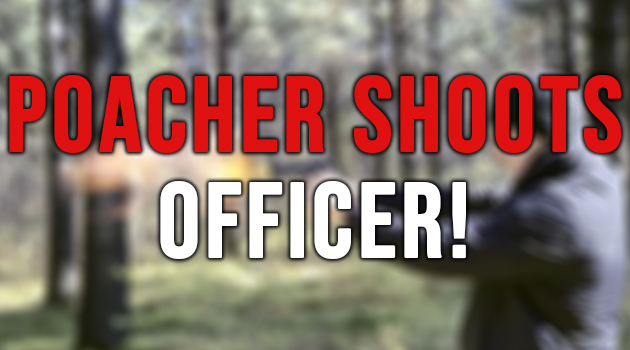 On December 20th an Ohio wildlife officer was shot in the line of duty while investigating three men allegedly poaching deer in Clinton County, Ohio. Officer Kevin Behr is expected to make a full recovery but the event is alarming to say the least.

Yes, Ohio is a long way from Wyoming and the rest of the Rocky Mountain West but this story isn’t so much about where this shooting occurred as it is an eye opener for what all of our Game Wardens and Conservation Officers potentially face every day they are in the field working for you and I. The uncertainty of every single encounter wildlife LEO’s have on a daily basis is very much the same as police officers with an added caveat; almost every person they come in contact with during hunting season is in possession of a deadly weapon. This should serve as a reminder to each of us that these men and women do this job willingly and devote themselves to the preservation of our natural resources, often at great personal peril.

The folks who dedicate themselves to be the protectors of America’s greatest national treasure, its wildlife, deserve to be held in as much esteem as their peers who wear the blue. In addition to treating them with the respect they deserve, we need to be actively helping them in the field.

This help can be something as simple as policing our own ranks to make sure our hunting companions are above board and in compliance with state and federal game laws. Or, it can be taking the time to report misconduct as we experience it or witness it. I know most of us talk a good game when it comes to condemning poachers and law breakers but I’m willing to bet that when push comes to shove, we don’t follow through when the rubber meets the road. It’s simple, these officers are tasked with incredibly difficult jobs and are often asked to enforce game laws and investigate cases in areas that are enormous. Park County, Wyoming is nearly six times larger than the entire state of Rhode Island and we have only a couple game wardens to patrol the entirety of it. Without honest hunters policing our own ranks and willingly aiding the enforcement of our game laws, poachers have an undeniable advantage.

I know what you’re thinking, “I don’t want to snitch on someone.” That someone gave up the privilege of you turning a blind eye the minute they chose to violate the law and they are counting on others doing nothing about it.

There are dangers with most jobs and life itself is inherently risky, however, our wildlife law enforcement officers need all the help they can get protecting the animals that we all are fond of. So the next time you witness an act of even suspected poaching, or are privy to information regarding poaching, please contact your local wildlife LEO and when they show up, thank them for their service.