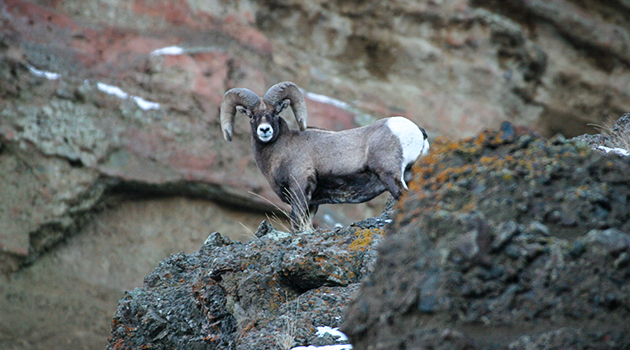 The New Mexico hunting regulations go by four-year rule cycles with the NM Department of Game & Fish, (G&F) calendar year beginning April 1, 2022 thru March 31, 2023 for the current hunting season. Of interest, is the fact that this year is the end of the current rule and the public comments for the next rule cycle are now open.

With that being said, there are organizations and individuals that are voicing their opinions to anyone that will listen. Of primary concern are the license allocations to non-residents for bighorn sheep and the current ePlus system for private landowner vouchers for elk. The NM Wildlife Federation, (NMWF) recently led the charge to eliminate non-residents from being able to apply for ANY Bighorn Sheep tag in NM. Their argument is that the current regulations require an 84/6/10 split of licenses for all big game species by hunt code. What this means is that if there are 100 tags allocated for the draw for a particular species, 84 percent of the tags would go to residents, six percent would go to non-residents and 10 percent would be allocated to outfitters. The NMWF has always fought to eliminate the 10 percent that is allocated to the outfitting industry with false claims that these are for non-residents thus creating 16 percent of the allocated tags to non-residents. This is not true, because residents have the same opportunity to apply through an outfitter as non-residents do and, in many cases, have better odds.

Because none of the current bighorn sheep ram hunts have more than 5 tags by hunt code, the argument by the NMWF is that all of these should go to residents by following the 84/6/10 split. The way that the current structure is set up by the G&F is that all of the Rocky Mountain ram tags and the Desert ram tags are pooled into one hunt code for each. This creates a pool of 26 Rocky Mountain bighorn sheep ram tags and 24 for the Desert bighorn sheep. This structure now allows for the 84/6/10 spit. The NM Attorney General’s office recently reviewed the challenge brought forth by the NMWF via a NM State Representative and their opinion ruled in favor of the G&F advocating that the current process for bighorn sheep is lawful and is not violating any laws or policies. This is clearly a win for non-residents but the battle is not over until the next rule cycle has been established, and the NMWF has not given up the fight and is putting pressure on the NM Game Commission to provide one hunt code for each hunt area thus eliminating the pooling of tags into one hunt code.

With the current rule cycle open, the NMWF has been and is still pushing the Commission to open the ePlus system for private land vouchers for elk to change the process. The G&F and the Commission currently have no intentions of modifying or changing the process and have not opened it up for discussion. Under the current system, landowners have to apply to the G&F for their elk voucher allocations and based on a survey(s) by the G&F, the vouchers that are allocated are based on ranch size and habitat improvements for wildlife. This process evolved over time many decades ago when elk were doing destruction to landowner’s properties and the G&F would have to pay for the destruction. Under the current system, if elk are doing damage to private property, that landowner has the option of requesting a voucher as compensation for the destruction caused by elk. The argument by the NMWF is that the current system is taking away the opportunities for elk tags for residents, even though many residents purchase landowner vouchers every year. Part of the argument is that the wildlife belongs to the State and not the landowners. While true, there would be no hunting opportunities if landowners choose to close their properties to hunting.

The next day, after this year’s draw results, were posted, the NMWF sent an email to NM applicants to rise up and let their voices be heard if they didn’t draw an elk tag in an effort to open the ePlus system. While not perfect, it works. But I guess it all depends on who you talk to….

6 Tips for Enhancing Your Hunting Experience
For a Limited Time Only, Big Horn Armory Offers th...