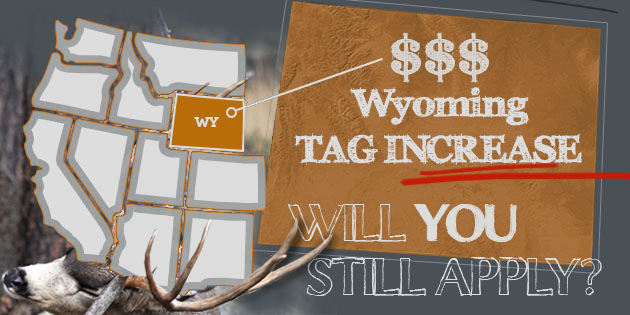 It’s been coming for quite some time now, and it has finally arrived. Price increases in Wyoming may actually have been a long time coming. We have been hearing some chatter in Cheyenne about pending price increases for quite some time now, and after nearly 10 years, we now have them. For the most part, the price increase is in right on the head at 20% for nonresident deer, elk and antelope tags. That equates to roughly about $100 per tag on average, the exception being the “special” elk tag that has risen just over $200. On the other end of the spectrum, the nonresident “regular” antelope tag has increased only about $54.

If $100 more seems to be pretty steep for your personal budget, wait until you get a load of some of the trophy species price increases. For example, nonresident moose has increased by 41% or nearly $600. Wow! That is a substantial bump. As bad as that sounds, just wait until you get a load of the wild bison increase. For bull bison the tag coast has inflated to $4,400, corresponding to a 76% increase. I guess I’m glad my wife drew that tag this year.

On a more favorable note, the nonresident sheep tag only increased by 3% or $68 and nonresident goat only went up a relatively measly $10. In addition, we can all be thankful that at least at this point, it looks like the state has chosen not to raise the price of nonresident preference points at all, which is no real big surprise considering the Game and Fish Department could be making more money on preference points than they are on actual nonresident tag sales when it comes to the limited quota areas anyway.

The biggest question at this point is, “Will this price increase affect the draw odds?” Short answer, I doubt it. Every other time the state has increased prices in the past, it has had very little effect on the draw odds. I think there are just too many people vested in the preference point system at this point and the state knows that. I am actually somewhat surprised they did not raise the “special” tags more than the “regular” tags, as the draw odds have slowly crept together as time has gone on.
See the accompanying chart for the details of the actual price increases per tag. Best of luck in the draws this year, and keep in mind that the Wyoming Elk MRS write-up is in the next issue of EBJ headed to mailboxes around the 10th of January. 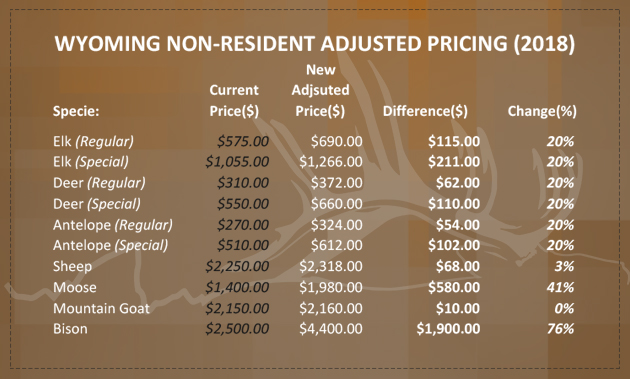