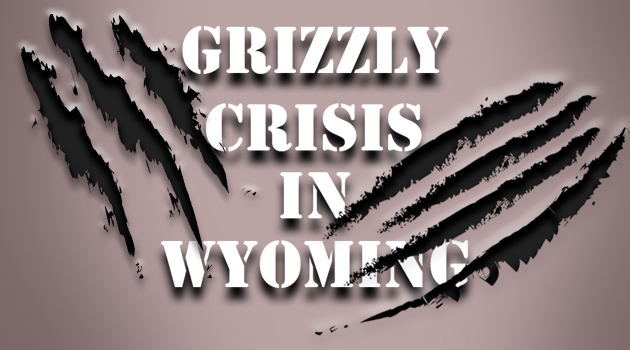 I’m not sure what Judge Christensen is doing while time dwindles away for the Wyoming grizzly season he halted by issuing an injunction just hours before opening day. It may be that he is watching the Democrats’ desperate, last-ditch effort to stall the Judge Kavanaugh vote until the time before the election vanishes. One cannot help but notice the similarity.

In any case, while the judge mulls things over, he might consider the mounting problem of adverse grizzly interactions in northwest Wyoming.

Exhibit A has to be the recent grizzly attack on Wyoming guide Mark Uptain, who leaves behind a precious family of five and a client that fled the scene as well as the state and who is very likely dealing with PTSD. Being pulled off a horse and mauled by a grizzly is the stuff of nightmares. My heart goes out to the client and to Mr. Uptain’s family. Be sure to remember them in your prayers. 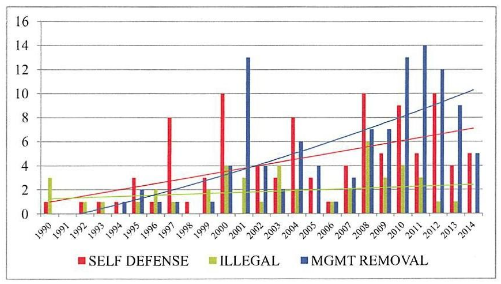 It only covers 1990-2014, but again, a child could plainly see that the trend began to rise sharply in 1999 and that nearly all the highest total legal killings of grizzlies happened in 2008-2014.

Even the greenies’ own sites acknowledge the problem. Here’s a set of graphs from The Grizzly Times who bill themselves as protectors of wildlife. 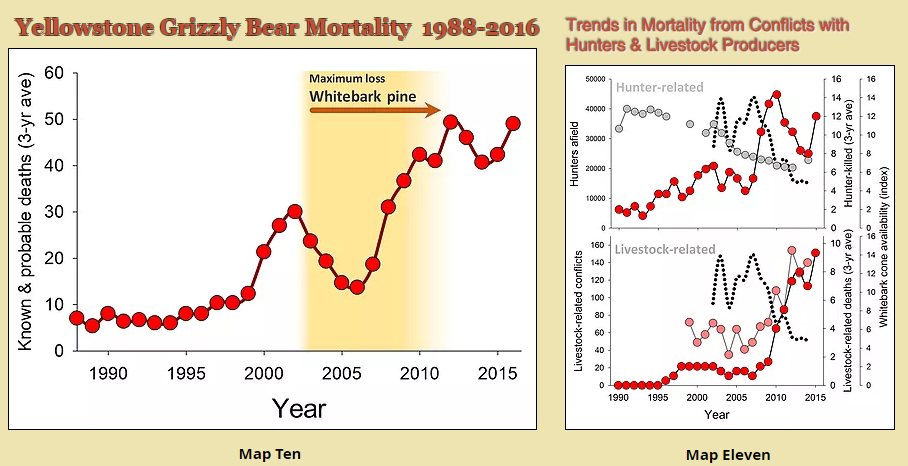 A skeptic might allege that hunters and ranches are quick to kill grizzlies and tend to over-report conflicts. My answer – “Prove it.” Then, tell us why their “over-reporting” has tripled or more in the last 10 years.

No, the data fits better with the increase in the grizzly populations, especially given that grizzlies have expanded outside the Greater Yellowstone Area (GYA) to places where they are coming into contact with more people. In fact, the point of the having Zone 7 in the on-hold 2018 grizzly hunt is to reduce bear numbers outside the GYA where there increased interactions with hunters, ranchers and other folk. 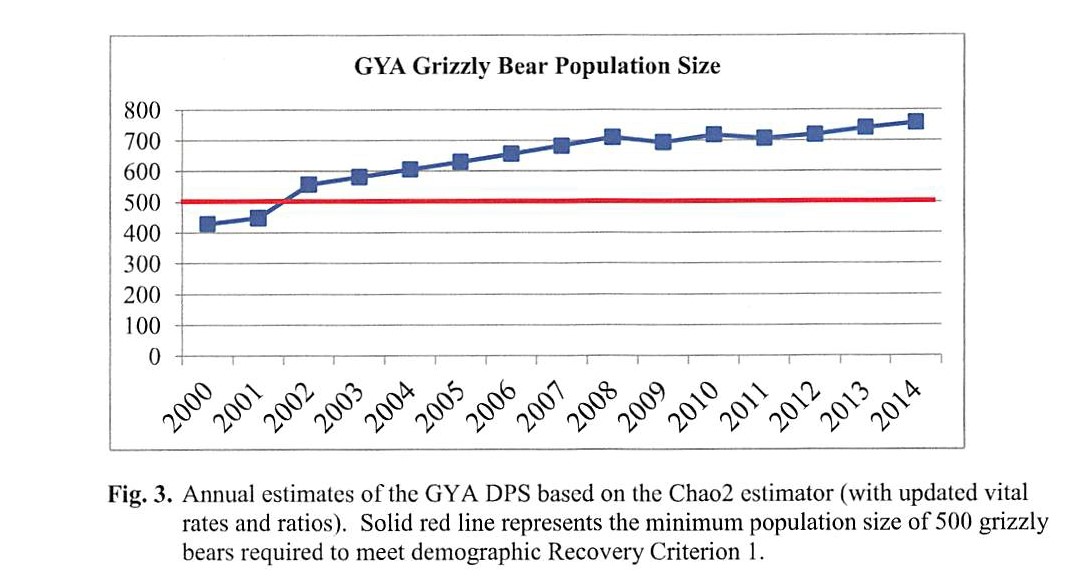 So, Judge Christiensen, if you’re listening, the crisis in northwest Wyoming is not that 22 grizzlies are in danger of being shot in a legal hunt sanctioned by the government agency now in charge of managing grizzly populations in Wyoming. The crisis is that in the last 9 years 6 people have been mauled to death by grizzlies in northwest Wyoming, a figure equal to all the grizzly-caused fatalities from the previous 110 years. That doesn’t even count those, that like this Florida hunter, were mauled but not killed.

And, self-defense shootings and management removal mortality of problem grizzlies since 2008 is 3X that of the previous 10 years.

Yes, Judge, there is a grizzly crisis in northwest Wyoming. It is a man-made crisis from grizzly overpopulation as legal wrangling and stalling and moving goalposts have allowed grizzly numbers to increase far beyond the original agreed-upon goal. The result has been an explosion in deadly interactions and a spike in killings on both sides. By suspending the grizzly season, you are only making it worse.

This is not the time for grizzly management via extremist lawsuits and last-minute federal injunctions. The grizzlies are back. Let the state wildlife department do its job in managing them.

Judge Cancels Grizzly Hunts in Idaho and Wyoming
The Land of Plenty: 4 Stories About Hunting Public...