Cougar Attack In Denver-When Will Coloradans Wake Up? 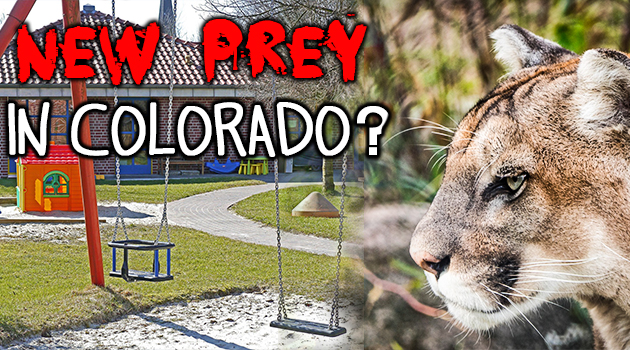 Another mountain lion attack in Colorado hit the news yesterday, this one was once again in broad daylight, on an adult human male but this time it was in Denver, well a part of Denver anyway, to us folks from Wyoming Denver starts once you head south from Cheyenne and cross into Colorado.

But I digress, what the hell is going on down there and how long will the folks in Colorado put up with predator management run amok? For crying out loud, three known attacks by cougars in the last year? I don’t think there have been three cougar attacks in the past decade in states that manage lions effectively, even if we lump them all together!

The point is that without proper management of predators we all know that they get overpopulated, outstrip their food supply and begin viewing humans as prey. I cannot fault the cats for this, only the people responsible for letting this happen. Someone is going to be killed and eaten down there, and you mark my very sad words, it will most likely be someone’s child.

The cute little kitty in the video seemed to be playing with that man, like a house cat with a mouse, testing the waters to see if humans might be good to eat. What happens if that’s a little girl, unable to fight back? Her blood will be on the hands of the people of Colorado that have chosen to turn their backs on sound predator management and you can bet your toilet paper stash that this is an eventuality.

I didn’t sit down to write an angry piece of sensationalism and you have my apologies for letting my temper take over but this topic gets me riled because there is absolutely no reason for it to happen. States like Colorado are surrendering the people’s rightful and true positions at the top of the food chain in favor of sentimentalism and it’s sad to watch.

I fully understand how this works too, having grown up in the Upper Peninsula of Michigan we were force fed all sorts of piss poor wildlife management decisions thanks to the fact that the three counties in the Detroit metro area held the majority of the state’s population and thus outvoted the rest of Michigan’s largely rural and small town residents.

It’s the same in Colorado, sadly the Front Range controls a lot of the decisions being made so the rest of the state’s residents are forced to choke down regulations that are decided upon by people who know nothing about rural American life and whose view of animals has been distorted by Disneyfied media.

I wish I could propose a solution to this problem but I’m not sure there is one that’s legal. I’d love to hear your thoughts on this issue, maybe together we can figure something out.

Want to Catch a Muskie on a Fly Rod? Never Give Up
The Best New Rifle Ammunition from SHOT Show 2020