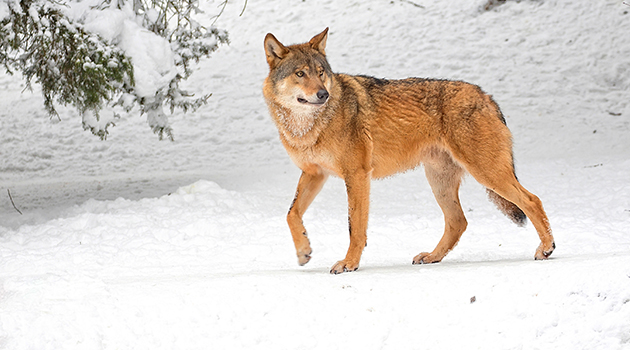 Niemiec is currently a wolf reintroduction and “humane food choice proponent” as an assistant professor in the Human Dimensions of Natural Resources Department at Colorado State University. Niemiec conducted a study that advocated for the introduction of wolves to Colorado and is currently leading a half million-dollar National Science Foundation grant in partnership with the City of Boulder and Mercy for Animals focused on promoting plant-based food choices. Mercy for Animals seeks to, “construct a compassionate food system by reducing suffering and ending the exploitation of animals for food.”  So, it sounds like her position boils down to; wolves are good, it’s ok for wolves to eat other animals, but it’s not ok for us to eat them.

Niemiec is moving on to lead BAP, and their published mission reads, “The protection of companion animals and livestock is a matter of statewide concern. Therefore, it is the mission of the BAP to administer and enforce the provisions of the Animal Protection Act to prevent the neglect, mistreatment, or abuse of animals in Colorado.” The BAP Manager will oversee approximately 100 Commissioned BAP Agents who work outside of the State system and who respond to complaints of animal cruelty and neglect. Certainly, no one wants to see animals abused, but this sounds a bit too Orwellian, especially since we don’t know what Niemiec’s interpretation of “animal abuse” is.

In the press release announcing her hire, Niemiec said, “I look forward to exploring how the BAP Program can use education and outreach as our primary tool to take a proactive approach to prevent animal abuse, rather than a reactive approach once that abuse has occurred.” She continued, “My goal is to support the majority of Colorado ranchers and pet owners who love and care for their animals while addressing those rare instances in which animal abuse and neglect require an appropriate response to ensure the health and safety of the animals are met.”  This raises a similar question, what does Niemiec consider an “appropriate response”?

Niemiec’s appointment sends a concerning message to AG producers.  Terry Fankhauser, executive vice president of the Colorado Cattlemen’s Association, said, “The message being sent by the governor is agriculture being a mortal enemy of the Department of Agriculture and the state. That message is being heard loud and clear. We are under attack.”

Are Cougars A Threat To You?
Poached Jerky For Sale!