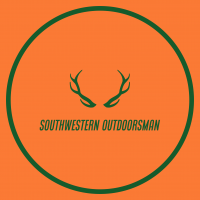 Every 5 years in the Arizona game and fish department starts to reevaluate the overall health of wildlife in the state and makes adjustments to hunting quotas and season dates. This Practice is common through out all different states when it comes to wildlife management. These proposed changes coming up for the state of Arizona impact mainly Deer, Bison, and Bighorn Sheep Hunting in the state. These changes if passed would go in effect in 2023.

Time line of the Arizona Game and Fish review process

The Arizona Game and Fish have proposed a drastic cut in deer tags both for Mule Deer and Couse deer. Currently they have proposed cutting 2,690 deer tags across the state in rifle alone. With the biggest impact comming in unit 33 were throughout all seasons they are proposing cuts of 850 tags with the October hunts taking the biggest hit of 500 being cut between the 2 hunts. finally

Unit 2 ABC, and 27 will be proposed to move from an OTC hunt to a draw only hunt

Arizona has always been one of the top spots for hunting out west when it comes to Mule Deer and Couse deer with a bow. Simply because you can come in to the state purchase and over the counter tag in most units. Which provides you the opportunity to hunt during the rut.

Arizona only allocates 20% of the total harvest to OTC tags. Most of these units that are closing are due to the OTC hunts being drastically over the 20% take margin.

As I have said in the past on DandD Outdoors it was only a matter of time until the Game and Fish department would start to either shut the rut hunts or require them to go to a draw. With this proposal there are a total of 22 different hunts to be shut down with the majority of them being during the December-January OTC hunting dates. With the addition of only 2 new dates added. What is interesting about these proposed changes is that they are moving in some of the southern Units to Couse deer only hunts these units are predominantly heavy in Couse deer and is where the majority of the Couse deer hunting takes place in the state.

The changes in Bison are not nearly as drastic as deer. With the need for heard reduction being called for by the National Park Service there is no surprise that there is an increase for Bison hunting. The proposal would call for a total of 12 tags added and only eliminating one hunt which was December 11th-13th with this being such a late hunt it is no surprise to see this canceled, as some years this hunt has been impossible due to weather conditions. The only down side to the shut down of this hunt it does appear now that there will not be any Bull Bison tags available in the fall/winter hunts.

Adding these additional changes is great with the population booming and this already being such a tough hunt to get drawn for it will be nice to add additional hunts.It will still more than likely take you 10+ years to draw a Bison tag in Arizona but hopefully the number of permits issued will continue to grow over the years to come.

There will be some interesting to say the least proposed changes when it comes to Big Horn Sheep. Traditionally Unit 6A and Unit 22 North Where a combined hunt. With the proposed changes now they will be separate. As a result 6 A will be gaining its own hunt with 3 tags available. While 22 will have a desert hunt taking place in the Southern portion of the unit. Then an additional 2 tags will be added to the Northern unit for known as the "Rocky Mountain Hunt Area." ( See Below For the Boundaries) It will be interesting to see how the numbers vary for these units now that 6A and 22 North are not combined to see which unit will be more desired.

"Rocky Mountain Hunt Area in Northern Unit 22 -That portion of Unit 22 located north of the following: Beginning at the confluence of the Verde River and AZ Hwy 87, northeasterly along AZ Hwy 87 to Rye Creek; southeasterly along Rye Creek to Tonto Creek (the Unit 22 boundary); sovereign tribal lands of the Salt River-Pima, Fort McDowell Yavapai, and Tonto Apache Nations within this boundary are

excluded from this hunt area."

With the proposed Changes that are on the table it will have an overall impact on hunting in Arizona. Where as there are some positive and negative change. You will have to take into consideration some factors that go into these decisions. Firstly between weak monsoon seasons and wildfires burning more rapidly and in larger acreage than usual in areas. As a result this causes strain on the wildlife and takes them longer to rebound in an area.

Arizona has became a destination for over the counter hunting in the west because of all the options that it provides, especially during the rut with no draw. This was not a sustainable model to increase the deer population in some units since they where being hunted 5 to 6 months out of the year.

Outside of the deer some of the more coveted tags such as Bison and Big Horn Sheep have either stayed the same or grown in tags which will allow more opportunities for hunters. With the division of 22 North and 6 A though there are no net changes in tags it will give hunters the opportunity to hone in on the unit they are more conformable in and may traditionally hunt in.

Overall these changes are something that is needed in Arizona being in the middle of a bad drought and battling larger wildfires. It may not be a popular opinion but for right now I believe these changes will do good for our deer population. I do hope that this is not a constant decrease and the next time they go back and look at tag adjustments and they will start to increase them in some units again.ere ...

To see all the proposed changes head on over the the AZGFD website by clicking Here.

We would love to hear you thoughts on the purposed changes. Submit Your feedback on the form below.text here ...

More posts from author
Thursday, 19 March 2020 How To Stay Busy During COVID-19

How To Stay Busy During COVID-19