Back In The Deer Woods

My apple watch alarm woke and I took a shower, got on the hunting clothes, made sure I had my hunting license (this year it’s a digital one that’s on my iPhone), wiped some streaks of black Carbomask on my face and got my rangefinder. Then I checked the Moultrie Mobile app on my MAC laptop to see if deer were out already where I wanted to hunt this morning. They weren’t presently so I picked up my new Centerpoint Wrath 430X crossbow and arrows and snuck out toward my ground blind at the Mound..

On the way a young buck ambled by. Unnoticed, I let him get out of sight and went to the shed. It was 6:35 am.

40 minutes later I noticed the same young buck, he has a fat belly for such a young buck. 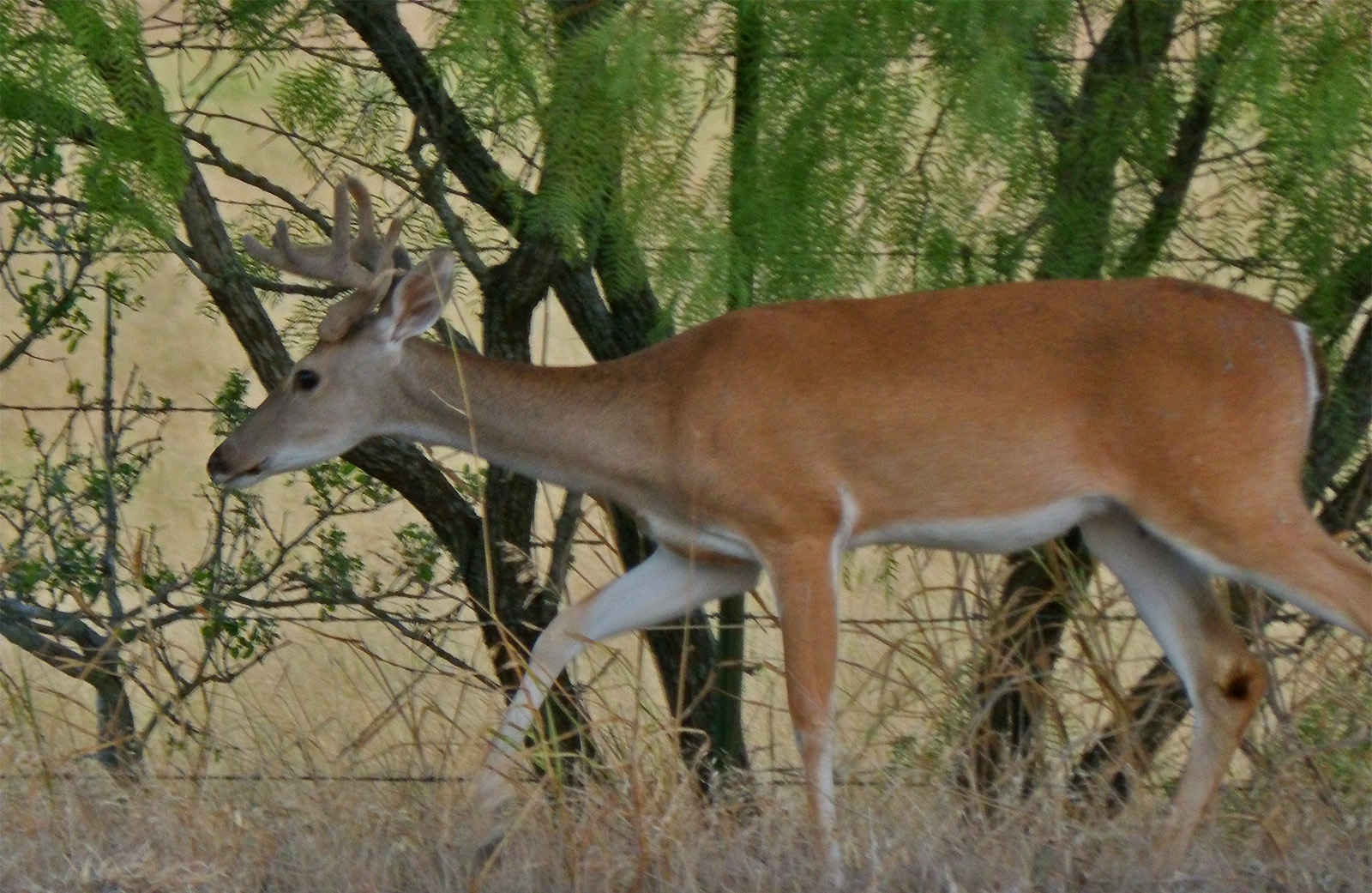 Deer were in the immediate area off and on, I saw them through the trees mostly looking for acorns, a few solo does and two other young bucks. This morning, if a doe came in range I wanted to introduce the Centerpoint Wrath to bowhunting.

Fifty yards from my blind 3 does straggled up separately and from different directions. 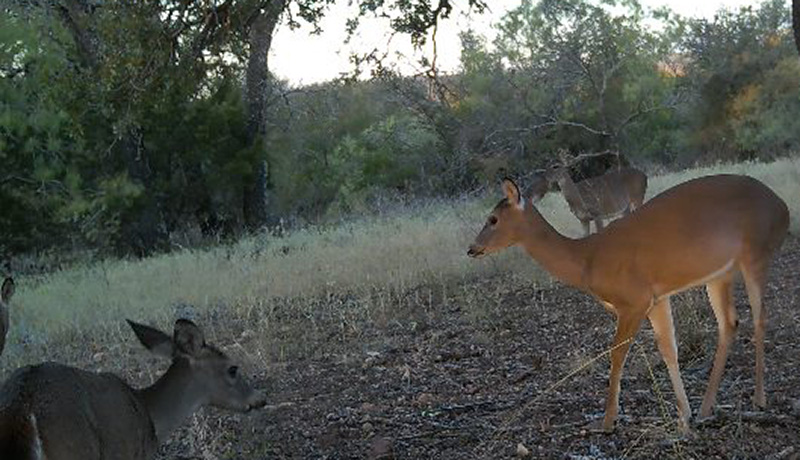 The does stayed too far away for any shot opportunity. Minutes later a buck and doe zig zagged their way to 15 yards on my right front. The buck was nice looking however he was too young, the doe was smalish and young. The two were obviously traveling together but I passed altogether. 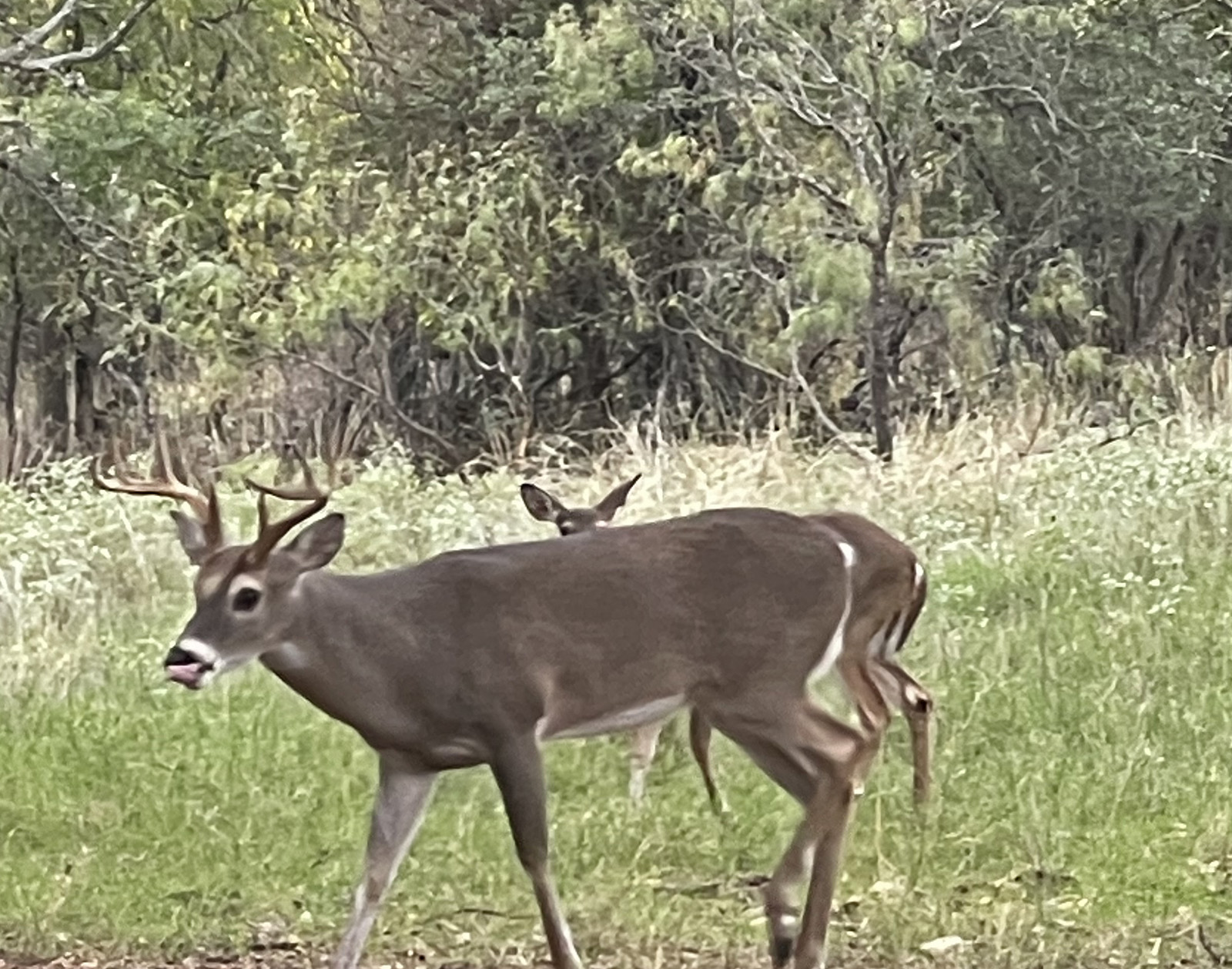 Soon, I spotted a good sized mature doe back in the trees and walking in my general direction. This doe was very nervous, stopping several times on the way, looking all around and frequently raising her head to alert position as well as smelling many times.

My Centerpoint crossbow was already in place on the Bog-Pod tripod. I moved it to the right, closer to the corner of the blind where the would be unless she changed directions.

Still nervous the doe walked on in, and at 15 yards from me, and I got the sight on her vitals. . Unexpectedly, she switched ends and stuck her neck out, looking back at her back trail.

I had already taken the safety off, and I eased the sight oval behind the right shoulder, held steady on the vitals, moved my finger to the trigger and slowly squeezed it.

This Centerpoint was much quieter than the crossbow I’ve been using. I saw a red splash in the scope but had not seen the arrow (bolt) on its way.

In an instant I was left sitting alone surrounded by the thick woods. “Faster as well as quieter,” I thought.

Back In The Deer Woods Pt #2
How to Save Money for Outdoor Adventures (Or Your ...