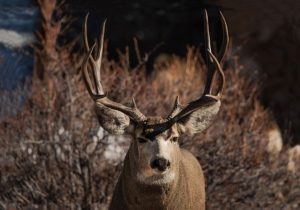 If you want to hunt archery deer in AZ next year, be sure to set your alarm for 12:00 AM MST on December 1st. Tags are only available online via the following website: http://otcarcherydeer.azgfd.gov/. This will be the first year that non-residents will be subject to a cap on the number of tags available to them.

In August of this year Arizona developed a new harvest threshold system for regulating over-the-counter archery deer harvest. Starting in 2023 non-residents will also have another change to cope with: a 10% cap on the number of over-the-counter permits available for non-resident purchase. Until now, there has been no limit on the number of archery deer tags sold for the state’s general units. However, due in part to a very successful media campaign by the department, there has been a sharp increase in demand for these tags. This increase in participation prompted the implementation of both these measures.

The total number of tags available to NR’s will be 10% of the 5-year average of annual total OTC tags sold. For 2023 that number is 2,890. This is only slightly fewer than the number of tags sold to NR’s in 2020 (the last year for which I have data), which was 3,093. In theory, this shouldn’t put much limitation on those who want to acquire tags. However, we have seen in other states, that when limits are put in place, the perception of scarcity sometimes leads to an increase in demand.