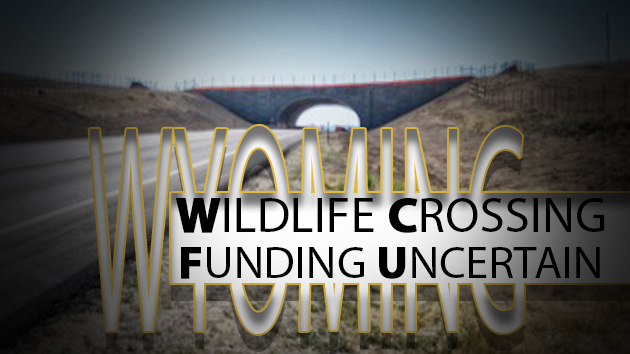 When we think of wildlife crossings over or under highways most folks think in terms of saving animals from running a gauntlet of passenger cars, SUV’s, pickups and semi-trucks. However, there is more to the picture. Vehicular collisions with wildlife results in costly property damage, obvious death or severe maiming of wildlife but can cause severe injury or even fatalities to the humans involved as well.

It is with all this in mind that Wyoming and other states have constructed safe passageways for wildlife in key migration and travel corridors throughout the West. In Wyoming alone collisions between animals and vehicles in areas where these crossings now exist have been greatly reduced, by as much as 90% in some locations. While that is a huge win for both Wyoming’s wildlife it’s also a victory for Wyoming motorists. However, funding for construction and maintenance of these crossings is a challenge.

Federal grants that provide funding for these projects often come with the stipulation that states provide some percentage of the project funding. Most often, at least for Wyoming, this percentage must be drawn from the WYDOT general fund and so lawmakers are looking to create alternate means of funding the Federally mandated percentages. There are some interesting proposals on the table from voluntary conservation stamps through fishing and hunting license sales to storage of spent fuel rods from nuclear reactors, as the Federal government pays billions to store these away from large population centers.

As it stands a separate fund has not been realized and with more crossings needed and current crossings in need of maintenance, Wyoming is doing its level best to be creative and find a solution to the current funding woes. Here’s to hoping we can drum up the money because the future of our wildlife is greatly enhanced by these strategic crossings.