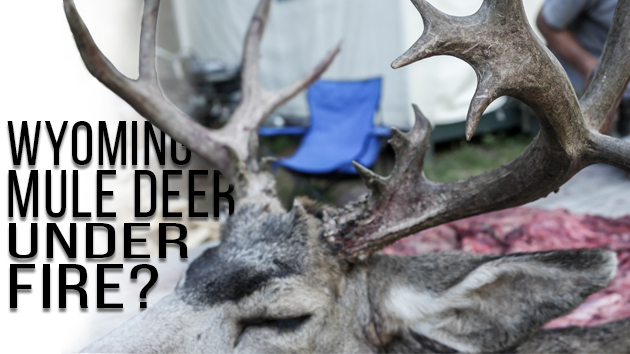 I believe Albert Einstein is credited with the expression, “The definition of insanity is doing the same thing over and over again, but expecting different results.” Over the course of time we routinely see the same threats descending on our wildlife resources, whether it be urban sprawl, the sale of public lands, irresponsible energy development, etc., yet decade after decade we refuse to learn from lessons previously learned.

Recently the Jackson Hole News & Guide published this article on resurrected threats to the famed mule deer migration route that runs through portions of western Wyoming. This area has long been the target of oil and gas exploration due to the rich mineral resources that exist.

Some of the region’s wildlife can handle the development and should see us taking advantage of the much needed oil and gas below the sagebrush surface, as long as it is done in a responsible manner. Other parts of the region, though, are in a far different category.

At the turn of the century this area saw vast energy development, yet some areas were left alone due to their importance to migrating mule deer and those of us that pursue them in a chunk of Wyoming that is historically significant to mule deer populations. And with additional research recently conducted over a 17-year period, there is no doubt that this new round of potential development would adversely impact an already struggling deer herd.

One thing that drives me nuts about politicians and political parties is that the left wants to protect everything at all costs and stifle the economy, while the right (which is the direction I lean politically) tends to take the rape and pillage standpoint as long as it is good for business. Why can’t there be middle ground on some of these issues? It IS possible to be a hunter-conservationist, while at the same time promoting RESPONSIBLE energy development. This recent news for western Wyoming, however, is the opposite of responsible.

I get fairly opinionated on this topic due to my background on energy committees as a Regional Director and Government Liaison for the Mule Deer Foundation and a biologist for the ND Game & Fish Department, plus I grew up with a great dad that worked in the oil patch during the 80’s boom. I’m not against oil and gas development, but do we have to develop everything that can be developed? Can’t we leave some acreage untouched?

With all this being said, I am just one voice…What say you?