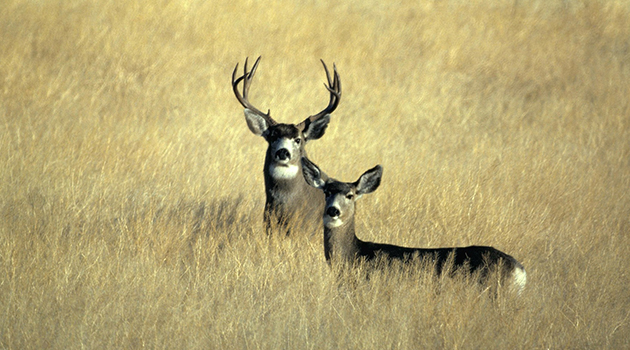 We have seen many wildlife bills surface this year in Montana and a lot of them have really raised some eyebrows! The little publicized House Bill 242 was signed into law by Governor Gianforte earlier this spring that would establish a 9 day traditional muzzleloader season starting the second Saturday after the end of the Montana general season. There will be limitations to iron sights only, a .45 caliber minimum and flintlock or hammer/percussion cap and matchlock designs. This bill will embrace the nation’s traditional muzzleloader hunting heritage but saw some opposition. Some say there is little clarity on how these laws will actually be written by FWP as most hunting seasons are adopted by the wildlife commission not by state politicians.

The hunting heritage aspect is fantastic and will be great for the state, especially for opportunity. But I also think about how long the hunting seasons already are in the state of Montana. With the signing of this new bill, I think it could be a good time to revisit the duration of the 5 week general rifle season in Montana. This has been very unpopular to residents in the past when it has been brought up, but some districts are shortening the general season by 2 weeks.

I grew up in western Montana and spent 25 years watching the decline of ungulate populations region wide, largely due to predators not being managed, overhunting and habitat loss. A 5 week general rifle season during the peak of the breeding season creates a difficult scenario for up and coming bucks to survive until the next year. You may say, “but the numbers show that deer and elk populations have increased in Montana!” Well that is kind of true but it has been in the middle part of the state and mostly on private land. Remember that 68% of Montana is private land, making for high concentrations of hunter pressure on the public land that is open for hunting. And not all public land in Montana is accessible to the public. Montana also has 1.5 million acres of public land that is landlocked.

There’s also a new player in town that showed up a few years ago and that is Chronic Wasting Disease. CWD showed up in force and FWP started testing for it regularly and found it in the majority of the state. The consensus is that it is always fatal but there is still little known about the effects of this disease. Down here in Wyoming a perfectly healthy trophy mule deer buck was checked in at a check station that tested positive for CWD.

The management after effects for the majority of the state having CWD are grim. If you take a look at the true general deer areas throughout the entire state, you will prominently see “Either-Sex Mule Deer” and “Either-Sex Whitetail Deer” tags being offered, especially in areas that have agriculture. This includes high pressure areas like the Missouri Breaks. We also have seen a surge in deer permit allocations across the board. It is clear to see that FWP intends to knock the deer numbers down as much as possible to curb the spread of CWD on public land. Unfortunately, since the majority of Montana is private property, this will not curb the spread of CWD as a whole. There simply aren’t enough landowners out there that will allow hunting for the deer numbers to reach levels low enough to stop the spread.

There is good and bad to this. It will prevent the near eradication of Montana’s deer herds but won’t stop the spread of CWD as a whole. However, the ones that will suffer are the public land hunters. Publicly accessible areas will be hunted down to very few animals remaining and privately owned lands won’t change much as far as population goes.

Perhaps there is another answer to living with CWD? Maybe we can learn to live with it like states in the midwest have and keep the public land hunter in mind?

I will say it is overwhelming to think how much is going against the flourishing of ungulates in the state of Montana and all of it will surely have an effect on the hunting in the Big Sky State in years to come.