What You Don’t Know About the AZ Sheep Draw 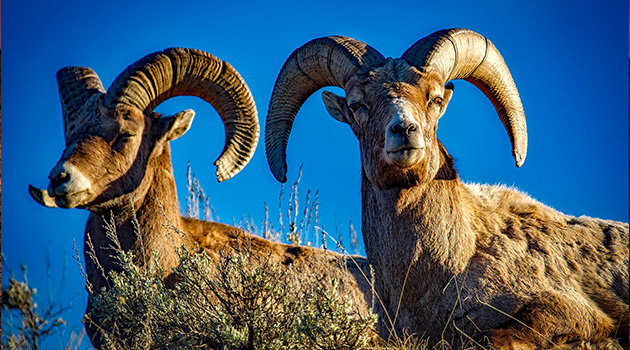 True or False – If you have the most points of anyone applying for a particular sheep hunt in AZ you are guaranteed to draw it.

False – for any one of five reasons. I’ll bet the last one will shock you.

You were ineligible There were more people than just you with that level of points, more the number of permits available in that hunt and they lucked out and you didn’t. The nonresident cap of 10% was filled before your app came up and you are a nonresident. Youi are a nonresident and there was only 1 permit available for the hunt. That’s because nonresidents are not allowed to get more than 50% of the permits for a hunt and 1 of 1 is 100%. You should have read the Expert Analysis on the Arizona TagHub page first. In 2020 there were 16 single-permit sheep hunts and 666 nonresidents wasted their application by applying for them. Last, and this is the one most people don’t know, out of 49 desert sheep hunts in Arizona last year, only 12 had any permits at all drawn in the first, that is, bonus point round. That’s less than 25% of the hunts.

So, in 2020 there were 107 desert bighorn permits available. Once 20 were drawn in the bonus point round, all the other 37 hunts were shut off and all their permits went to the second, random draw round.

So, how come the draw report only shows 16 people drawing in the bonus point round? Simple answer – if 4 people drew but had their card declined, they were shown as not having drawn until they were called to correct that, which surely all did, but the report doesn’t get adjusted to reflect that.

Here’s something else to consider. If you have close to max points, and you know there are 200 people with more points than you, you might have assumed that half of those were cleared out by using their points on 107 permits this year. Nope. Since only 20% of permits can go in the bonus point round, only 20 of those 107 permits will zero out bonus point holders. So instead of two years, think 10 years.

Well, that really sucks. Yup, unless you’re one of a bunch of people with nowhere close to max points. That’s because 80% of the sheep tags go to the random round. And since more residents apply than nonresidents, there is likely to still be some room under the nonresident cap when the random round starts, which means I’m saying there’s a chance…