Too Late! Wolves Already In Colorado 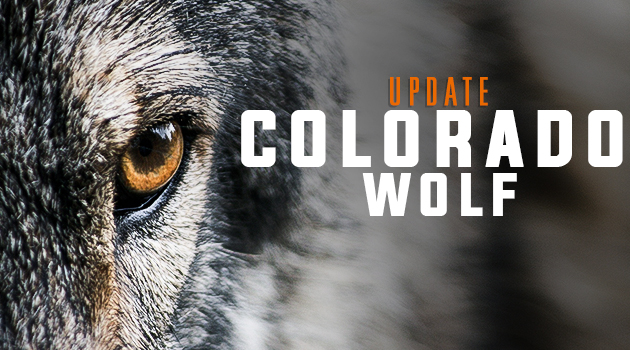 An interesting twist in the saga of western wolves has just taken place in Colorado. As most of you already know there has been a push to reintroduce wolves into the state for over a year and it looks as though the groups clamouring for this disaster to happen did indeed end up with enough signatures on their petition to get the issue put on the ballot for 2020. But nobody told the wolves in Wyoming they were supposed to wait. That’s right, CPW has confirmed that there is now a pack of wolves residing in northwest Colorado.

The wolves were first caught on camera last fall by hunters and before they were able to take video of the animals they listened to their very distinct howls for several days. This all coming from the CPW Northwest Regional Manager.

Therefore when a “thoroughly scavenged elk carcass” was found in the same general area an investigation by CPW was launched and guess what? Wolves! This is not really much of a surprise to CPW or anyone who understands wolves for that matter. The reintroduction of wolves has always been a hot topic but one of the lesser realized issues of the debate is that wolves don’t really need human help to reintroduce into an area, especially when that area is geographically connected to already thriving wolf populations. It’s simple math and biology… expand your range or starve.

CPW says they have no intention of taking action at this time and quite honestly that they have no jurisdiction anyway as “wolves are federally endangered species and fall under the jurisdiction of the US Fish and Wildlife Service.

So the only real question remaining is how wolves moving into Colorado on their own will affect not only possible reintroduction efforts but whether or not the ballot initiative is even valid anymore?

Why Every Hunter and Recreational Shooter Should O...
Why Weren’t License-Buying Hunters Allowed to Cull...