They Got What They Deserved! Or Did They? 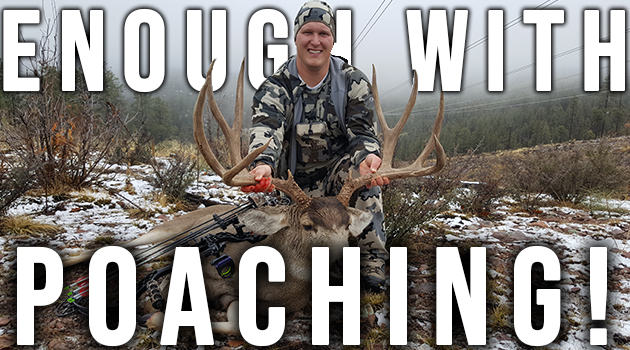 Arizona poachers Blake Owens and Thomas “TJ” Purinton have been sentenced for their unlawful, dishonest and cowardly acts of poaching and fraud. But is their punishment enough? Unfortunately, these clowns will most likely never see the inside of a jail cell and only have their hunting rights revoked for 10 years.

I say this is complete garbage! People like these glory seeking, ego-maniacal clowns won’t stop taking from the honest and hard working hunters of Arizona. They will simply get better at poaching. They will be recidivists, mark my words. We will most likely never see their names or hear about them again but the wildlife of Arizona will and honest hunters will suffer the consequences sewn by men like Owens and “TJ” Purinton.

It is beyond time to get tougher on criminals like Owens and Purinton. I say never hunt again, never own a firearm again, lifetime probation with electro-shock GPS chips implanted in their bodies so the authorities can monitor their every move and when they even glance at an elk or mule deer they get a jolt that reminds them of their past transgressions so violently that their eyes cross, they involuntarily vomit and once recovered from the electro therapy they never want to even hear the word “venison” or “antler” ever again.

Obviously I’m upset about what these clowns have done. Obviously the paragraph above is vitriol. But isn’t it time that we as honest hunters demand more from our justice system for convicted poachers than monetary fines and weak suspensions of hunting privileges? Why not make the poaching of game a felony, plain and simple. No pleas, no agreements, just a straight up old fashioned felony complete with prison time, lifetime hunting and weapons bans and lifelong probation. While we are at it we could use convicted poachers as laborers for habitat improvement projects, public lands projects… you name it, make them “pay it back” in a meaningful way that benefits both the citizens they’ve stolen from and the wildlife they’ve exploited.

I’m not talking about throwing the book at someone who has made an honest mistake and deserves some grace. I’m talking about hard nosed punishment aimed at true poachers. I mean, they shoot guys like this in Africa!

We have labored to create the greatest publicly owned wildlife populations on the planet through the North American Model of Wildlife Conservation but if we don’t get serious about protecting it, our future generations will reap the sad and bitter fruits of our complacency.

Rant over! What say you?

The post They Got What They Deserved! Or Did They? appeared first on Eastmans' Official Blog | Mule Deer, Antelope, Elk Hunting and Bowhunting Magazine | Eastmans' Hunting Journals.

Fishing Kept Me Off the Streets and Out of Trouble...
How to Pick the Ultimate Backcountry Rifle and Car...