The Most Deadly Animal You Didn’t Think Of 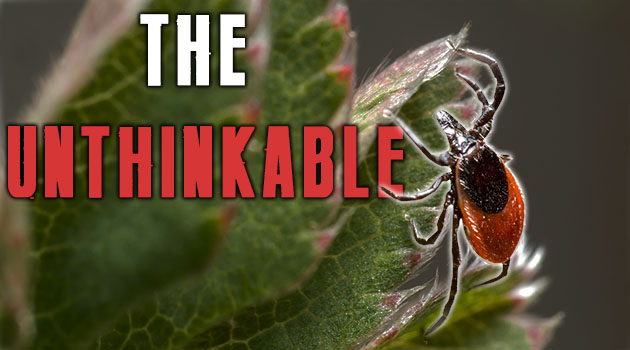 After a recent short stint hunting spring bears in Montana I had a run-in with some wood ticks, aka the American dog tick. After watching for them carefully the first day, I picked four off me and by the next night, one slipped through my inspection and already started to embed into my upper leg!  $%&#!

After taking a close look I could tell it wasn’t fully embedded as it had just started biting into me. I was able to get it out fairly easily with the aid of the tip of a broadhead and not squeezing the tick. I made sure the head stayed attached and came out with a chunk of skin. I cleaned the area well with alcohol and didn’t think much of it.

Fast forward four days later and I woke up in the middle of the night with the most intense body aches, joint pain, headache, neckache, nausea, and a fever. At first I thought I had a case of the Covid from hell. but after a half a day pondering my symptoms I realized that I probably had a tick borne disease!

The Rocky Mountain wood tick is known to transmit three different diseases. Rocky Mountain Spotted Fever (RMSF) and Tularemia are bacterial infections and Colorado Tick Fever is a viral infection. Both RMSF and Tularemia can be fatal if not treated with the right antibiotics. All of these illnesses have similar symptoms but the rule of thumb according to my doctors is to get on an antibiotic immediately because treatment is most effective if it is administered with 5 days of infection. If RMSF isn’t treated within 8 days you have an 80% chance of dying according to Mayoclinic! That’s some potent stuff. Tularemia is also a nasty bug with similar symptoms as RMSF and it can kill you if not treated as well.

After enduring a rough night I talked to my doctor and discussed my symptoms, he suggested I could spend the money on tests and get prescribed antibiotics or save some money from administering tests and still get antibiotics. Since I was out of town I got the antibiotics and had the first dose in me by 3 pm. That night I could tell a slight improvement but my fever would not break 101 degrees. The next day I was into the third dose and by 11 a.m. my fever broke to 99.5 and the aches and pains were reduced down to hardly anything!

The moral of the story is to take ticks seriously, they are the most inconspicuous creature that can kill you. Bring deet, spray down, and check yourself carefully every night. Mayo clinic instructs that there is only one proper way to remove a tick. Grab it near its head with tweezers and pull carefully and steadily. Don’t squeeze it as you can force disease into the bite site making things that much worse. A good rule of thumb is to make sure you get a chunk of skin with it upon extraction guaranteeing the tick comes out completely intact. Be safe out there and watch out for those ticks!