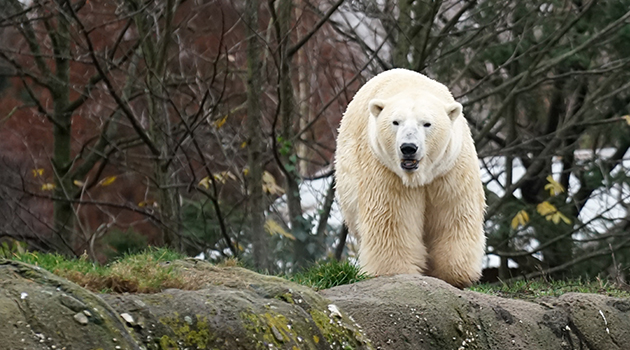 In a world that is seemingly falling apart more and more each day it can be good to take a few minutes to read about less impactful news than skyrocketing gas prices, record inflation, wildfires and devastating floods. For example, what about Polar Bears in Maine? Or a case of mistaken identity in Colorado wolves?

Let’s start with the Colorado Cujo as I’ve taken to calling them… 100 miles south of Denver, Colorado a pack of “wolves” were spotted earlier this spring. Reports from the area were of a pack of large canines hovering around a group of elk. Now this would be very newsworthy since wolves have not existed on Colorado’s “front range” for almost a century. It is true that some wolves from Wyoming have made their way into western Colorado and that the state of Colorado is transplanting wolves as well but wolves south of Denver?

Well it turns out that this “pack of wolves” was nothing more than a group of St. Bernards out for a stroll. However, this wasn’t fully determined until the State sent officials from the Department of Parks and Wildlife up in a plane to look for the “wolves”… Oooops!

Another interesting story comes out of eastern Canada, on the Gaspe Peninsula to be exact, about 200 miles from Maine. A polar bear was recently dispatched by Canadian authorities when it wandered into the small community of Madeleine-Centre. Normally polar bears don’t stray nearly that far south and this particular animal found itself in hostile territory where it was simply not feasible for it to remain. 200 miles is not far in the bear world and it is totally feasible that if this bear ventured so far south that others can and will repeat the trip and possibly wind up in Maine. Now that’s a wild thought… polar bears in Maine!  I guess they aren’t concerned about gas prices.

Endangered Bison? More Dangerous Than Endangered.
Disaster in the West