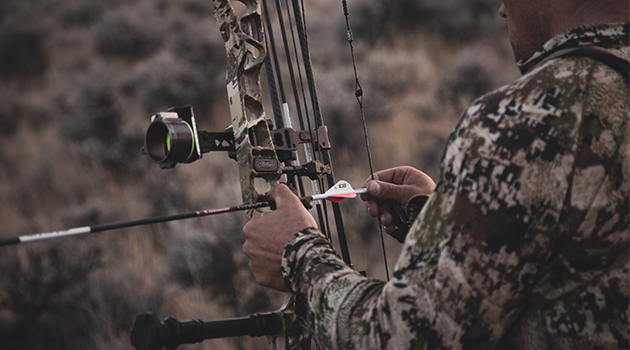 Almost 30 years ago I picked up my first bow with the intent of becoming proficient enough to go bowhunting that fall. I instantly fell in love with shooting a bow and arrow, as well as bowhunting big game. That first day that three young mule deer came within 10 yards of me, making my heart pound out of my chest, had me hooked for life.

Thankfully, I was surrounded by fantastic archers and was around a very active archery club in my home state of North Dakota, the NISHU Bowmen. This group and the multitude of articles and VHS tapes I watched, introduced me to the Pope & Young Club.

This year the Pope & Young Club celebrates their 60th Anniversary and their vision to continue the fight to protect archery, bowhunting, and sound wildlife management through selective harvest. This strategy is a key component to the North American Model of Wildlife Conservation and is what has made our model in this great country, the envy of the world.

When most people think of the Pope & Young Club, they either think of the legends Art Young and Saxton Pope, or they think of the tradition of records keeping the Club has had.

Most aren’t aware of the long-standing diligence they’ve had in “fighting the good fight” to protect our hunting seasons, our system of wildlife management, and the wildlife resources for long-term sustainability. In addition to their records keeping on big game animals, they are moving full force into the future continuing to stand up for our hunting rights.

Pope & Young Club understands what true Trophy Hunting means; sustainable wildlife management through selective harvest of mature animals. Our media has grossly distorted the meaning of Trophy Hunting to be something that poachers and market hunters do. Trophy Hunting is at the base of wildlife conservation in America and has been since the turn of the 20th century.

Check out more on Pope & Young here: https://pope-young.org/. Become a member today and join the legends in archery that have come before us like Fred Bear, Howard Hill, Ben Pearson, and more that did their part to pass it on.

Oregon To Outlaw Hunting? Why Your Right To Hunt M...
The Most Often Asked Questions