More Grizzlies Than Ever Before? 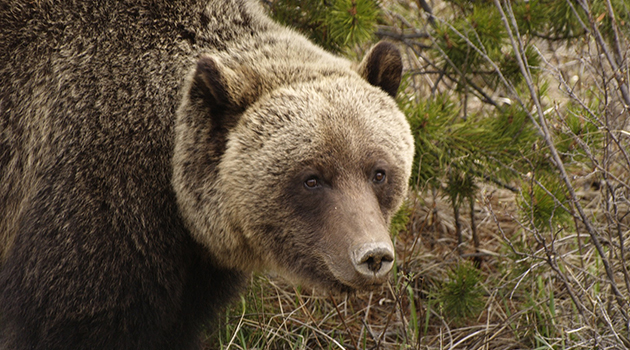 As a resident of northwestern Wyoming I hear it all the time, “Man, I saw bears everywhere I hunted!” “There was more grizzly sign than elk sign in that unit.” “There is NO way there’s only 700 bears in the GYE!”

It’s the same old song every year. Residents of the GYE (Greater Yellowstone Ecosystem) in Idaho, Montana and Wyoming have sworn for years that the estimated grizzly population is much too conservative and that there are up to as many as twice the estimated number of g-bears on the landscape. Well, it turns out that all those folks claiming a disparity were darn close to being spot on.

A current population estimate now puts grizzly numbers around 1100 bears in the GYE. What changed? The counting method used by the Interagency Grizzly Bear Study Team in years past was purposely conservative to err on the side of caution when counting the recovering grizzly population. Past protocols granted sows and cubs a 30 kilometer distance between other sows and cubs. Current practice decreases that distance to 16 kilometers in order to gather a better estimate of bear numbers. The new protocols also take into account mortality rates, thus providing a much more accurate assessment of grizzly bear numbers.

I’m sure that I’ll continue to hear tales of woe about bear ridden hunt units with nary an elk or deer to be found but at least now we have wildlife officials implementing an admittedly more accurate population estimate system. Perhaps this will lead to state management and a limited hunting season for the big bruins as we can prove that numbers have fully recovered and it’s time to implement the North American Model of Wildlife Conservation.

I think it’s time to hunt these bears, how about you?