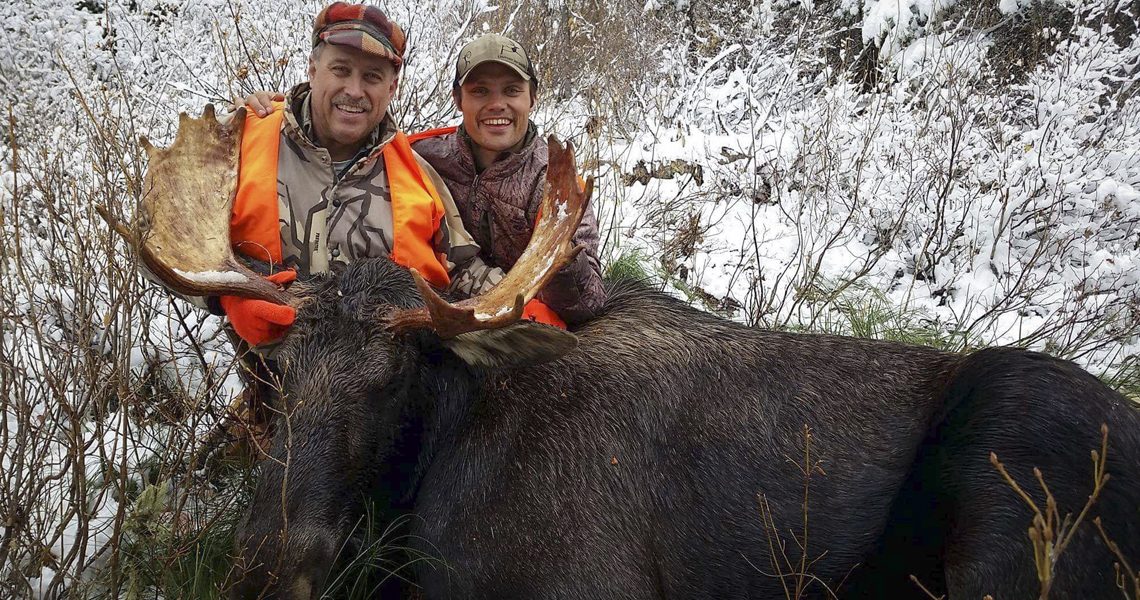 Region 1 has the most tags to offer in the state and has the highest density of moose. I grew up hunting this part of the state and never have drawn a moose tag but many of my friends and family have. Overall, moose quality has been slowly declining over the years due to predators. 20 years ago there were no where near the number of wolves that there are now or even 10 years ago. Grizzlies have always had high densities here which play a role in calf mortality. Moose are browsers so they rely on mountain maple, willows, and other shrubs to eat, especially in the winter. Logging units make for some of the best habitat for moose as the climate up in the Northwest portion of the state suits it the best. However, when thick overstory dominates, sunlight can’t reach the ground and most browse is drowned out. When logging units are established, brush flourishes and so do moose. Logging units that are one to seven years old really attract moose. This is ideal moose habitat and the best tip for locating moose in the Northwest portion of the state. Trophy quality is down compared to what it used to be and multiple reports from hunters have said it’s hard to locate moose let alone a big bull. Most of the moose that I’ve seen being harvested are between 30 and 37 inches wide which is just average in the grand scheme of things. Moose that have been found have been in isolated areas meaning you can go miles without seeing sign of moose to seeing a jackpot of a few cows and calves with a rutting bull.

Of course the habitat coverage keeps moose concealed and the nature of moose hunting where glassing is difficult gives it its own difficulty. Lakes that have plenty of vegetation for feed attract moose so checking lakes is always a tactic to keep in mind. There are two main types of tactics here that are highly effective. Given the season is so long you have plenty of time to hunt them. Calling is your best friend here so I encourage you to hunt during the rut and if you can, concentrate your time around the last week of September to the first week of October. Knowing and understanding moose calls and using the terrain to help project your calling can be really beneficial. If you are in a bind and find yourself into November without harvesting a moose then wait for fresh snow and hunt for a track. By this time bulls are mostly by themselves which can make this tactic very straight forward. Follow the track until you hunt them down. This is not a desired tactic because you can end up farther from a road than you want to be but is a last-ditch effort tactic that is effective.

Read about Moose Regions 2-6 In TagHub 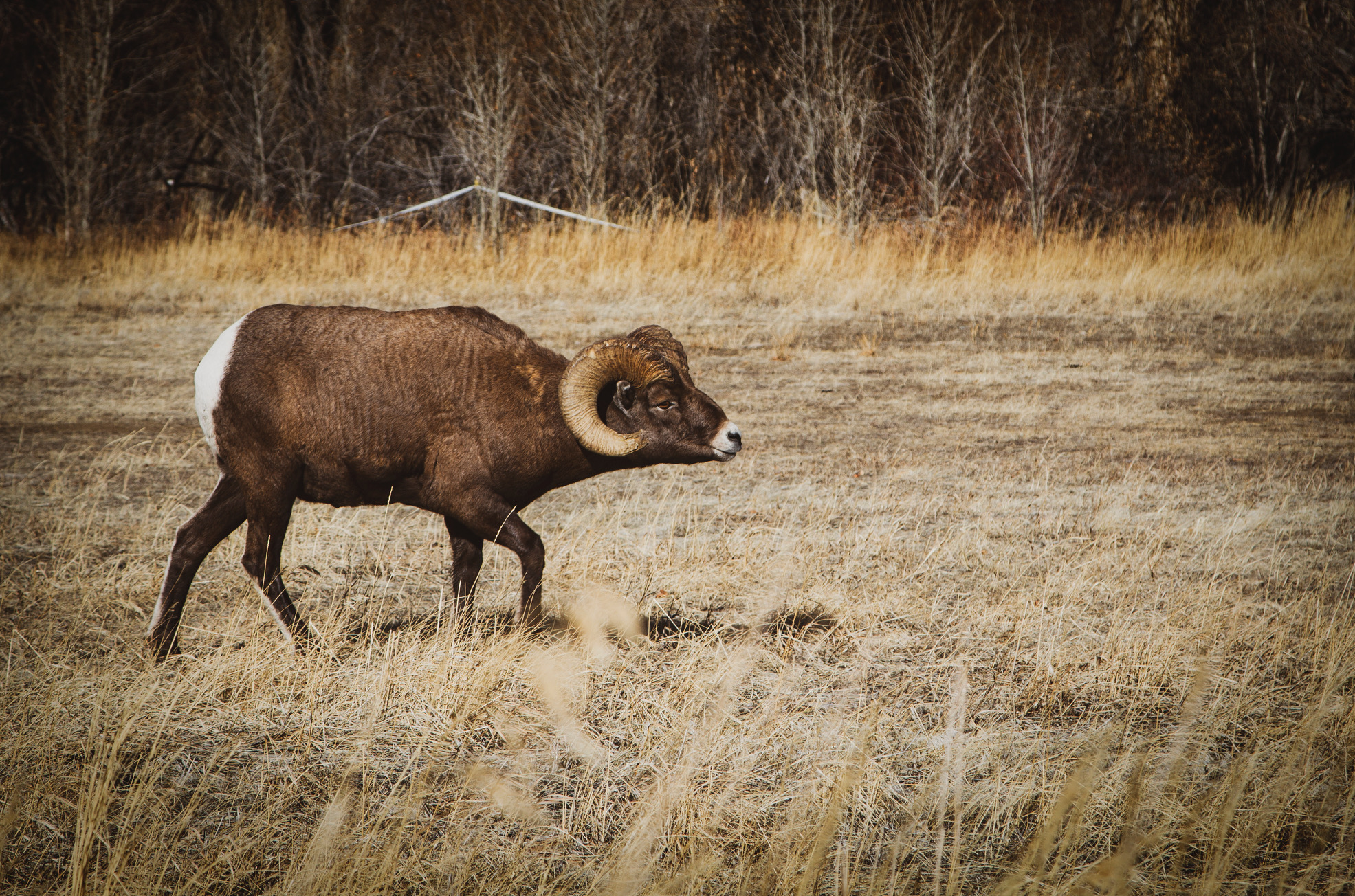 Bighorn Sheep in Region 1 were once flourishing and area 121 was the unit to draw to kill big rams close to the road in the 90s and 2000s. Now Region 1 is kind of “ho hum” when it comes to sheep as the pneumonia die-off hit populations in 121 and Region 2 hard about 10 years ago. Now area 121 has one permit available as the herd just hasn’t recovered. Area 124 did not get hit as hard in the die-off and still has very nice rams available with 6 either sex tags and 2 ewe tags available. These tag allocations are way down from 20 years ago when I hunted the area for a ewe and there were 24 tags available. Most of the hunting is done from along the main road or the river as these sheep come down to the valley in November for the rut. The rest of Region 1 is okay and not known for big rams. Area 100 is the “sheep range” and any big rams that live there come from wild horse island. FWP has transplanted some sheep a couple times in the past decade to augment that herd and get some better genetics in there, so there are a couple rams around that are at least 180, but most rams in area 100 and 102 are going to be in the 160s. These areas are very rugged so if you’re not in top physical shape, hunting the Cabinets and surrounding areas is going to be very difficult.

Read about Sheep Regions 2-6 In TagHub 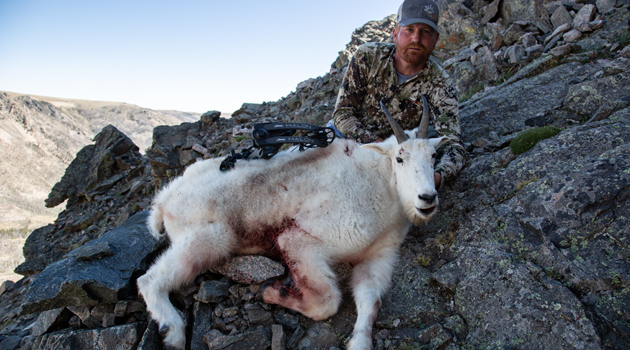 The far NW corner of the state has been struggling in the goat department the last decade with numbers slowly declining. This has been the case for most of the state unfortunately, except for a few areas; 100 and 101 have 2 and 1 tag available respectively and are some very rugged hunts in the Cabinet Mountains. There’s goats around but the population is small enough that the biologists will have locations of where the goats were spotted during the last survey. Further to the east in Region 1 are areas 133, 140, 142 and 150 which all have 1 permit available. These goats have been struggling with a couple areas that have been closed down since 2017 like areas 131, 132, 134 and 151. The hunts that are available are rugged hunts with the most accessible being the Great Northern Unit (140) being the closest to the road. Area 150 is the southern end of the Bob Marshall Wilderness which is going to take a backcountry operation to just get to the goats. Biologists will help you out with goat locations and the outfitters back there are plenty knowledgeable as well. I used to see goats back here when I worked for the Forest Service on some of the peaks like Jumbo Mountain.

Read about Moose Regions 2-6 In TagHub