Missing The Forest For The Trees: Wolf Data Destroyed? 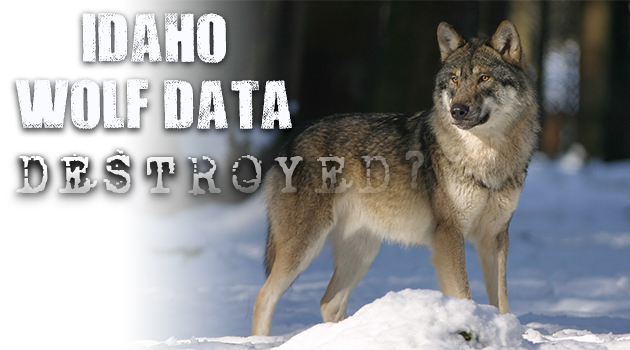 We’ve all heard the expression “don’t miss the forest for the trees”. We are all guilty of missing the big picture at times, as this old saying implies.

Recently, the Congressionally designated Wilderness Act proved once again that people often “miss the forest for the trees” when it comes to the intent of the Act rather than the letter of the Act.

The Wilderness Act, signed into law in 1964, created the National Wilderness Preservation System and recognized wilderness as “an area where the earth and its community of life are untrammeled by man, where man himself is a visitor who does not remain.” The Act further defined wilderness as “an area of undeveloped Federal land retaining its primeval character and influence without permanent improvements or human habitation, which is protected and managed so as to preserve its natural conditions….” You can read the language in the Act here.

On December 6, 2017, abc News reported that a judge ordered almost two years of data collected from radio-collared elk and wolves in the Frank Church River of No Return Wilderness in Idaho be destroyed because the animals were collared in the Wilderness with help from a helicopter. An environmental group called Western Watersheds Project, Friends of the Clearwater and Wilderness Watch enlisted Tim Preso, an attorney for Earthjustice, to handle the case. Gee…do you think there is an axe to grind in that camp?!

The data obtained from two years of collection was intended to be used for better elk/wolf management on the landscape. But now your and my hard-earned tax dollars and license fee dollars are being used once again to pay for nonsense in the court system related to wildlife management.

I’ve been in more than one helicopter of differing sizes and the footprint they leave on the landscape is virtually nonexistent. This method of wildlife capture for study is a very efficient means of higher level wildlife management and has no negative effect on the landscape.

This is just one more case of “missing the forest for the trees,” or more specifically, missing sound wildlife management tactics for bureaucracy. What say you? Am I off-base or spot-on?