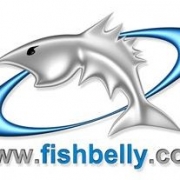 Scientists in France have now identified that fish pellets used in hatcheries carry measurable levels of mercury — present in the marine organisms from which the pellets are made — to pristine high altitude fresh water lakes in the Alps. The element mercury is a potent neurotoxin and it’s presence in the environment is a globally managed public health issue.

In a new study published on Nature.com, researchers Sophia Hansson and Jeroen Sonke of the University of Toulouse measured the levels of methyl mercury, (the organic and most bioavailable form of the metal), in fish feed used in the aqua culture of native Brown trout. Contamination levels of both the feed stock and the hatchery fish themselves were found to be within legal limits as per guidelines in the European Union, which are generally considered among the highest standards in the world. However, the study identified a previously unidentified mechanism for the introduction of the element to some of the most protected environments on the continent, and raises concerns as to increased biomagnification with continued stocking. The authors conclude that based on the total number of fish stocked in Europe, the levels measured may represent the introduction of up to one ton of methyl mercury per year into the continental ecology. The implications for significantly larger north american fisheries and aquaculture programs are currently unclear.

Recent American research on mercury show similar increases in both the Great Lakes and in the Pacific Northwest. As reported by National Public Radio, one study looked at mercury levels in fish sampled from 21 national parks and found mercury in fish caught in some of the most remote water bodies of the West. Scientists with the U.S. Geological Survey and the National Park Service tested more than 1,400 brook, cutthroat and rainbow trout from Utah to Alaska. Mercury were found in every one. The suspected route of exposure in these cases were increased levels of mercury in the atmosphere settling onto bodies of water.

In 2010, Science News Daily provided coverage that the American Chemical Society has also identified an increase in the levels of mercury in Lake Erie, but not in nearby Lake Ontario. As in the European studies regarding fish pellets, the vector was potentially an introduced live organism, in contrast to suspended metal particulates in the air.

SND quotes,“This follows decades of reduced measurements in Lake Erie. The scientists studied mercury levels in 5807 fish samples collected from the lakes between the 1970s and 2007. The samples included lake trout and walleye, two of the most common species of game fish caught in the region. The researchers found that mercury levels in the fish steadily declined from the mid-1970s to 2007 in the upper Great Lakes (Superior and Huron). In recent years (between 1990 and 2007), however, the mercury concentrations leveled-off in Lake Ontario walleye but appear to be increasing in Lake Erie walleye. The mercury increases in Lake Erie walleye are likely caused by a combination of factors, including modifications in Lake Erie’s food web due to invasions of dreissenid mussels and round goby, the scientists suggest.”

Mercury is primarily introduced into the environment through natural processes like volcanism, where liquified metals and toxic gases like sulfur dioxide from the Earth’s mantle are massively injected into the atmosphere. In parallel, it is also significantly present in the burning of fossil fuels such as with coal fired industrial plants and the widespread use of internal combustion engines. However, the European and Great Lakes studies indicate the potential for anthropogenically induced biomagnification and increased incidence in organisms with a higher trophic position – where higher concentrations of pollutants are evidenced in predators further up the food chain, such as large sport fish and humans.

The Great Lakes fishing industry represents $7 billion to the economies of both the United States and Canada, and the Pacific Northwest is a historical powerhouse in this regard as well. The issue of mercury in the environment justifies continued study and science-based legislative responses in the interest of both the integrity of the national food supply and of broader financial impacts.