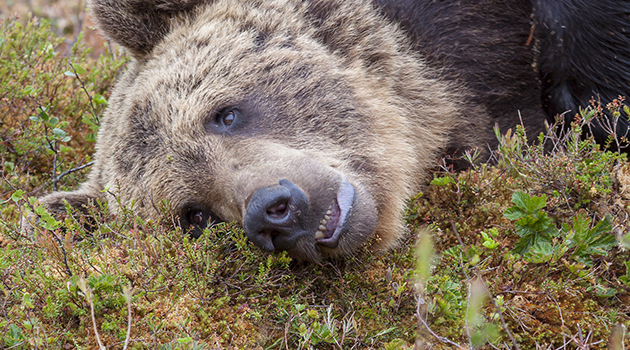 Man! I hope this happens this time. This 20-year dance of proving the recovery of grizzlies in the Greater Yellowstone Ecosystem (GYE) needs to see these critters delisted from the overreaching Endangered Species Act (ESA).

“It was on Sept. 16 that Gov. Mark Gordon and Wyoming Game and Fish Department Director Brian Nesvik gathered in the Governor’s Ceremonial Room in the State Capitol to announce the planned petition. They noted that the state has invested 46 years and more than $52 million in conserving the species.”

The region’s grizzly bears have been listed as a threatened species since 1975, when as few as 136 bears roamed the area. The population has since rebounded to more than 1,000 animals.

“Grizzlies are moving well beyond areas where the bears can exist, causing loss of human life, damage to livestock, and eroding public support for the recovery of this iconic and important species,” the Republican senators wrote in their letter. “Clearly, this is not good for either public safety or the welfare of the animal.”

The protections and measures put in place over the years have more than recovered this species and it is just plain wrong not to delist them. Put the political posturing aside and get this done!

Read the article in the link above to see more on what the Gillette News Record reported on this hot topic. Keep hammering your congressmen on both sides of the aisle so this can change.