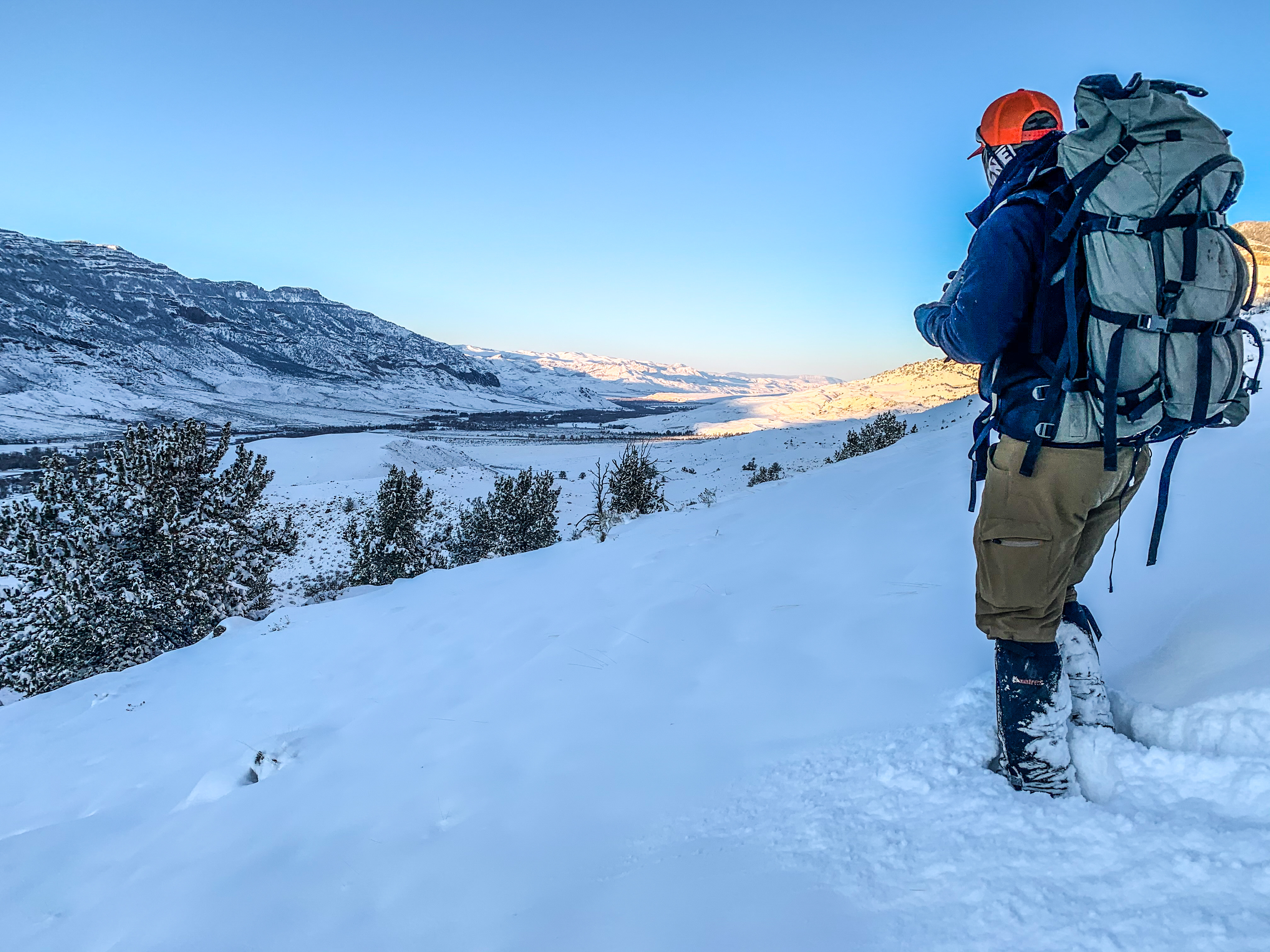 I am not too fond of the idea of hunting out West becoming a rich person’s game. Therefore, I initially set out to answer this question, thinking I could disprove the negative Nancy’s on the topic. However, in my deep dive, I realized it is a much more complex and convoluted question than I had ever imagined.

I will tell you now if you want a simple answer, then the following story is not for you. Instead, if you want to learn a bit about the state of tag prices, hunting demand, and the state of western hunting, then read on.

What is this “rich person’s game?”

I do not have the personal experiences as does someone who can anecdotally point to the price of licenses from the mid-’90s. So I figured there was no better way to begin addressing the issue than to crunch the numbers. To start, I asked, “are nonresident license fees increasing out of control?”

In this deep dive, I gathered pricing information dating back to 1992 from Wyoming, Idaho, Utah, and Colorado. I chose 1992 since those season’s prices were likely set in or before 1991 – 30 years ago. I also opened the vaults of my Economics college education to make sure we compared apples to apples and converted all of those prices into today’s dollars. That means I automatically increased 1992 prices by 192%.

Accounting for the increases of costs across the board is a crucial piece of the puzzle to answer the question. For example, gas prices are well over $3 per gallon at my pumps, camp food and motels cost way more today than back then, and incomes have increased as well. If we did not account for inflation in these conversations, you might as well ask, “is living becoming a rich person’s game?” But, unfortunately, that would not be very helpful when choosing where and how often you want to hunt across the West.

Immediately, accounting for inflation cools the jets on most of these pricing increases we see on paper since 1992. So instead of Wyoming’s nonresident regular elk tag more than doubling in 30 years, it is a more moderate increase of 5% compared to the prices of everything else in our lives.

On average, nonresident deer and elk prices increased 53% since 1992 while accounting for inflation. Utah leads the charge in increases with Utah’s 209% increase in elk tags, a permit that only cost $100 in 1992. Idaho and Utah have both increased prices across the board recently, only truly catching up to west-wide prices in the past two years.

Wyoming’s nonresident elk tags were accompanied by the “special” license price that qualifies Wyoming for the highest-priced elk tag in the Rocky Mountain West to make it easier to draw for those less price-sensitive applicants. Other states have separate pricing for various permits, like Utah’s general, limited entry, and premium limited entry prices, as well as New Mexico’s standard hunt versus quality hunt prices. The strategy was to reduce demand for these licenses with such high fees, hopefully. However, they are perennially the most sought-after tags. So the juice is worth the squeeze for these higher-priced tags in New Mexico and Utah.

Are these increases enough to encourage fewer folks to apply or hunt out West? The data shows it has not played out as such in the draws. However, if you tried to get a Colorado, Montana, or Wyoming deer license this year, you would likely concur.

My friend Cody is an avid hunter from Nevada who has hunted across the West most of his life. When I asked him about their high elk tag price (highest resident price across the West at $120), he points out there are a lot many activities that cost more or the relatively same amount as doing these western DIY hunts.

“It now costs me and my wife and kid well over $200 just to go skiing one day at a resort near Tahoe. That doesn’t include all the gear and clothing that is “necessary” to have a fun day on the mountain!” Cody told me.

His point holds water considering the expense of a typical family vacation at Disney Land, as well. Tickets there start at $104 per day. You can apply as a nonresident for deer, elk, and antelope in Colorado for that amount!

I think he is right. If you are already a middle to upper-middle-class traveling hunter out West, chances are you will not be cutting out your trip to [insert your favorite state] if tag prices jump a little bit.

If you’re involved with Game and Fish licensing conversations in the West, it is undeniable the residents of those states push back hard on price increases. In addition, states manage wildlife in the trust of the state’s residents, making sense they want to experience hunting their wildlife for less than those who come to visit the state.

That said, Colorado and Utah’s standard elk licenses have decreased in price since 1992 if you account for inflation. On average, these four western states have increased prices on residents by 33%, but percentages do not tell the whole story. For example, Idaho’s increase from a $9 deer tag to $23 is minor compared to the $350 nonresident deer tag.

It feels unfair to have prices levied higher for the same hunt experience for those of us visiting those states. However, it’s important to remember the wildlife is managed for the people who live within these states. Others, like North Dakota, do not allow any nonresident hunting for species like elk. I feel lucky as a nonresident to get any slice of the allocation pie.

We are all nonresidents somewhere; that much is true. In our home states, we receive the benefits of living here. For instance, Arkansas residents have the benefit of killing two whitetail bucks, four does, and two turkeys for the price of one Idaho resident mule deer license. On the other hand, I might have to haul drinking water to the house and go to town for WIFI. I may be missing out on a larger paycheck than my collegiate classmates who moved to Austin, but I sure feel lucky to be a Wyoming resident with the opportunities here. 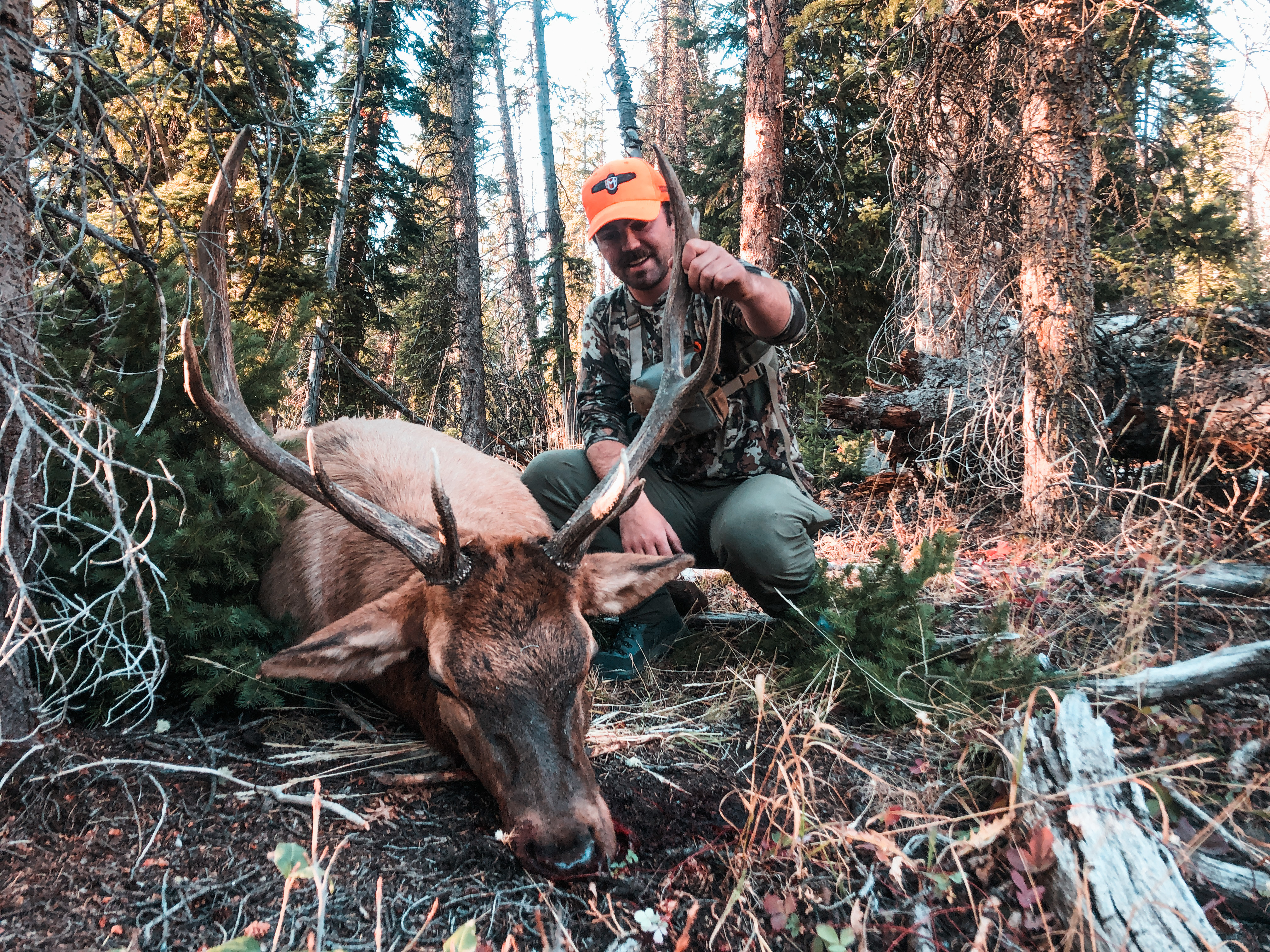 Increased Demand Is A Major Issue

A fifty-something percent increase in license fees in the West is a pretty substantial increase for folks accustomed to cheaper hunting opportunities back in the early ’90s. However, it is not the fundamental cause of concern. The compounding increases in applicants in each state have something to do with the problem; just look at Colorado’s addition of 35,000 applications in 2021.

It is a part of Colorado I love driving by. The area hosts classic giant cathedral peaks in the background to foothills full of big glowing aspen stands, low country with quality trophy buck habitat, and low deer hunting pressure (based on the TagHub analysis). I really want to hunt there someday.

Therein lies the biggest problem of all – increased demand for nonresident licenses. While states feel compounding increases in applicants year over year, the number of licenses available cannot keep up with demand. In my Colorado example, the only conceivable way to get into my unit for a later season hunt would be to purchase a landowner license or the state to increase the overall number of licenses.

The entire U.S. population has increased from 256 million people to 328 million since 1992. The population increase would be enough to stymy access to hunting opportunities, like the frequency of hunting late deer seasons in the Gunnison Basin of Colorado. In addition, there are a lot of folks who have hopped into multi-state tag application strategy, like me, since the boom of hunting media. Eastman’s have long been front-runners of the west-wide application game, making it easier to understand the wealth of hunting opportunities available to someone with a bit of forethought. But, the explosion of platforms like podcasts, YouTube, and other digital media since the early 2000s seems to have sped up the demand.

Those who like to do it on their own, myself included, are feeling the pressure of decreased nonresident hunting opportunities across the West for bull elk and buck mule deer. Idaho recently moved to a 15% nonresident cap by unit. Oregon moved to a controlled-only mule deer system in 2021. Arizona decreased OTC mule deer opportunities this year. It’s hard not to feel the squeeze of fewer chances to go hunting, even if it’s not affecting the unit or state you enjoy.

The loss of mule deer and bull elk opportunities is not to say there are no other ways to go hunting across the West, however. On the contrary, it has never been better to hunt cow elk and whitetail deer out West!

Freezer-filling cow elk tags can get you in premium units in the middle of the rut and usually don’t take any preference points or lucky rabbit’s feet to draw. Plus, growing whitetail populations in states like Idaho, Montana, and Wyoming are arguably under-hunted. So there are great chances at mature trophy bucks without ever paying for a trespass fee or outfitter.

It also never hurts to contribute to conserving the species we are chasing to try and prevent more tag cuts to our favorite hunting areas. Whether you have the spare time or spare dollars, contributing a little extra to our game populations never hurts. Maybe if we can help our friends in Arizona with more guzzler projects, they can have better deer survival during drought. Perhaps if we give a little of our time or money toward reseeding bitterbrush where fires have taken out suitable habitat in Wyoming, we can increase the number of nonresident regional licenses. These are all long-term solutions to the supply-side of hunting opportunities.

At the end of the day, if you are bummed at the increase of license prices in 30 years of hunting, you probably are also upset to see so many great opportunities slip away for the nonresident hunter in the same timeframe.