Hunter Pleads Not Guilty In Fatal Shooting Of Colorado Bowhunter 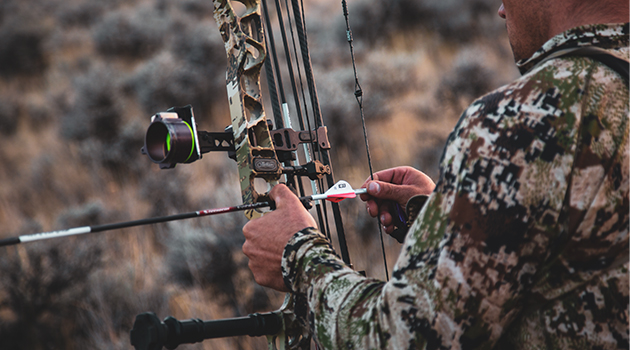 “When he saw white in the pines, he took a shot at what he thought was an elk.”

Ronald Morosko of Pennsylvania, has been charged with the following crimes after fatally shooting a Colorado bowhunter last fall, whom he mistook to be an elk; manslaughter, a Class 4 felony and hunting in a careless manner (misdemeanor). Morosko was released on bail and returned home to Pennsylvania. On Friday Morosko’s defense attorney entered a not guilty plea and the case is now set for trial beginning May 16th.

This case has prompted proposed rule changes to the blaze orange/hot pink clothing requirements for bowhunters which were roundly rejected by both bowhunters and the wildlife commission who voted 11-0 to table it. That’s all well and good but there’s so much more to be discussed here thanks to this extremely unfortunate and completely avoidable accident.

First off, it has been well recorded that Morosko did not take proper precautions before discharging his weapon and slaying Gregory Gabrisch. One of the foundational rules of firearm and hunting safety is to positively identify both your target and what lies beyond it. It appears that Morosko failed on both counts regarding this iron clad rule, thus the charges he has chosen to plead not guilty to. I’m not sure which is more disturbing, the fact that Morosko “…took a shot at what he thought was an elk.”, or that he is pleading not guilty.

Now, I fully appreciate the tenets of our justice system and the benefit we all enjoy of being presumed innocent until proven guilty but I have to question Morosko’s conscience here. I mean, the guy took a potshot and killed another hunter, what is there to argue? Perhaps there is more to the story and for Morosko’s sake, I hope there is, otherwise the man is defunct of moral responsibility.

The other issue, that I’ve seen very little discussion about, is how the state of Colorado needs to be rethinking running archery and muzzleloader elk seasons concurrently. Is it a good idea to have these seasons overlap? Anyone who has spent much time hunting elk during the rut has “called in” another hunter. This usually means a fellow bowhunter but in states where archery and muzzleloader or early rifle hunts overlap that may not be the case and treads dangerously close to peril.

It seems to me that running archery and firearm hunts consecutively is a bad idea. For bowhunters it robs them of one of the big reasons for bowhunting in the first place… less competition and quiet in the woods, not to mention you’re now at a major disadvantage pursuing game. For firearm hunters a consecutive archery season also adds pressure to animals and since most of these tags are hard to come by, the limited pressure that such a tag should afford is tarnished by other hunters in the field pursuing the same animals. Either way the hunt is diminished and a hazardous element is needlessly intermingled.

It’s always puzzled me why Colorado runs concurrent archery and muzzleloader seasons. Perhaps this unfortunate case will make the state rethink this practice and change season dates to accommodate all types of hunters so that avoidable events like this never happen again.

I’m curious to hear what you have to say about this one.

Spice Up Valentine’s Day with A Special Meal Prepa...
The Pandemic Has Revitalized Hunting in the US: Ho...