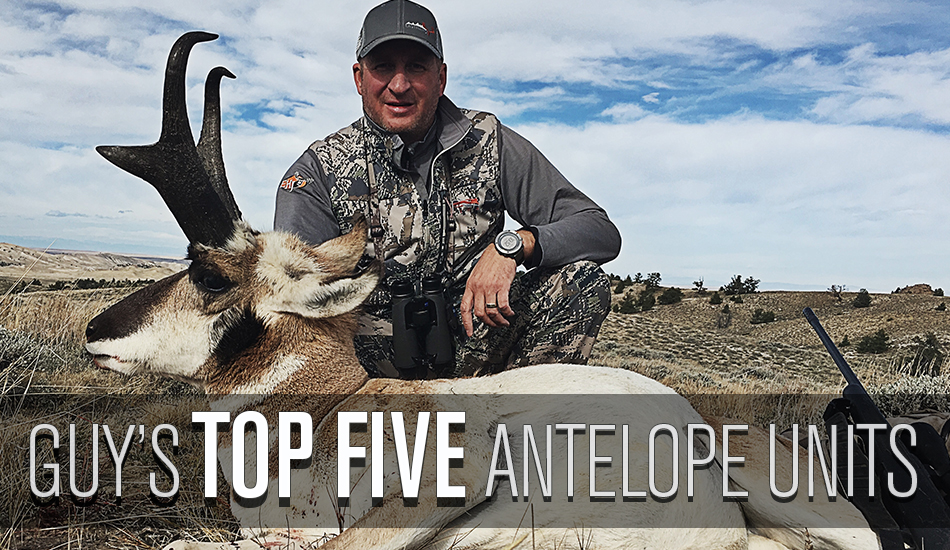 Generally speaking, antelope do tend to fair somewhat better during a rough winter than the mule deer do. Antelope are notoriously hardy critters given their size. I do think the antelope have managed to fair slightly better than the deer did this past winter mostly due to the relatively mild spring we have seen this year. Even with that said, I would be very leery to burn a bunch of preference points on the historic big buck hot spots in Sweetwater and southwestern Carbon Counties. Historic hot spot areas such as 90, 96, 92, 59, 58, 57, 61 and 62 would probably be a huge gamble this year. Since antelope grow their horns during the winter months, even a very luscious spring, like we are now seeing may not be enough to boost the horn growth above and beyond the average most heavy point holders are usually looking for. A few exceptions could be these five antelope areas which should be free and clear of the heaviest of the winter damages.

1.Area 67-1: In the heart of Fremont County, this area has seen solid moisture this year but was somewhat clear of the worst conditions winter dealt to the areas just to the West. Monster bucks are definitely a possibility here, particularly on a year like this. Probably the best bet in the state this year for quantity and quality of bucks.

2. Area 114-1: This area is a very solid big buck producer and has been for decades. With the increased moisture levels this winter and spring, coupled with plenty of protected agriculture fields to winter on the antelope in this area should be as good as ever.

3. Area 75-1: A very solid and steady producer this area has plenty of antelope and can have some big bucks on a good year. This year should be good with the very wet spring and somewhat average winter here.

4. Area 115-1: Sandwiched between Area 114 and 75 this area is kind of a wildcard of sorts, but can and does produce some very big bucks in some very unconventional antelope type country. A tough hunt, but worth the time and effort if done properly.

5. Area 80-1: At the very northern end of the state, against the Montana border this area has very limited hunting pressure a spread-out antelope herd and some big bucks to be had on a good moisture year, which this is. A go to for the locals for big bucks this area might be one of the best bets for a hunter with plenty of points on a year like this.