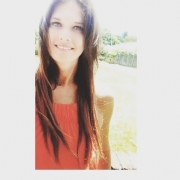 Indian natives of the American continent first heard the sound of gunfire in the early 1500’s when Spanish explorers led by such adventurous men as Cortes, Narvaez, De Soto, Coronado and Onate explored the Indian Islands and named them “New Spain.”  The pyrotechnic qualities of those early guns – matchlocks and wheel-locks – savored of magic to the frightened Indians, and most soon were the victims of the conquest.  It was not until a century later, however that arms and armsmakers began to play a very substantial role in American life. This happened not in “New Spain” but far to the north-east in the colonies of “New England.”  Here the Massachusetts Bay Company, debarking almost a thousand settlers from a fleet of sailing ships in 1630, planted the artisan nucleus of what was to become a thriving American gunmaking trade.

While Jamestown had been established in 1607 and the Plymouth Colony in 1620, neither appeared to contain in those early years, any gunmaking capacity of the type that later spread out of Boston.  The first colonial gunmakers busied themselves with repairing the imported European weapons, and what few arms they did put together followed well-known European patters.  At this point of Americas arms history soldiers sometimes wore armor, and the “hard hats” of those days were of steel and are known by such names as Salade, Barbute, Morion, Cabasset, etc Swords were a regular part of the military equipment.  A few crossbows were brought across the ocean as were some wheel-lock guns, but many of the early firearms used in America were matchlocks.

There was a major reason for this.  Matchlock guns were much cheaper then wheel-locks because they were easier to make, and cost was a big factor with most of the colonists, with their limited resources.  The wheel-lock mechanism is somewhat complicated.  A spanner or key, like that used in winding a clock, was employed to wind spring-controlled serrated wheel.  When the wheel was released by the trigger it was spun against a chunk of pyrite or flint camped in a hinge arm pulled down to make contact with wheel.  This created the sparks which ignited a small powder charge whose flash in turn ignited the main barrel charge.  The matchlock was much simpler.  A hemp cord, treated to make it burn slowly, was held in a moveable serpentine arm.  This cord was called the match.  When the action was expected it was lighted.  The glowing end could then be lowered in to the flash pan by action of a simple trigger device and – BOOM! – the charged roared out of the barrel , belching fire and smoke.  In passing it should be noted that wheel-lock guns, while used very little in America, were the subjects of some of the finest decorative art work in the 16th centuries the prized possessions of European noblemen.

As the colonial conditions and needs became better know, it was found that, other than for its capacity of instilling fear in the Indian natives, the matchlock was actually inferior in wilderness warfare to the bows and arrows of the Indians.  Thus it was that better guns were being actively considered as settlement proceeded rapidly after 1630.  By 1640 there were 20,000 persons in New England alone, and among the stream of immigrants came more gunmakers and better guns.  The need for better firearms was so vital, that despite its higher cost, the flint firelock became the favored weapon.  We generally think of this system simply as “the Flintlock,” although it actually evolved in five or six steps – from the snaphaunce, in which the striking face is forged separately from the steel or flash-pan cover, down through the dog lock, miquelet, Scandinavian snap lock, and on to the improved English and French locks with safety and damp-proof features.  Whatever the variation, all used the flint and steel principal.  While the early smoothbore should arms were know by such names as arquebus, caliver and musket, it was the term musket which came to prevail I the flintlock period.

Tweet
5 Things Sportsmen Need to Know About the Upcoming...
How to Butcher a Rabbit