Grizzlies on the Prairie 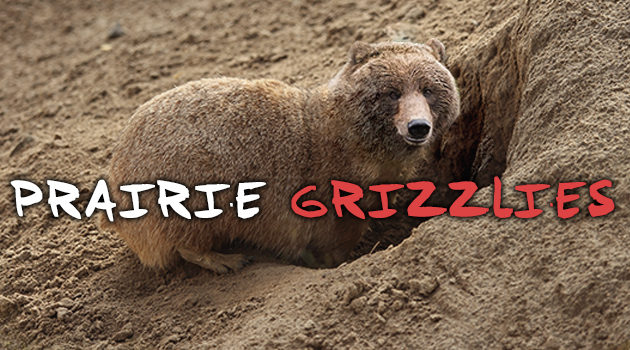 At first glance, this report from a Montana news station is alarming: More grizzly bears popping up on the prairie.

As much as we are concerned about their management in the Intermountain West, or lack thereof, historically speaking, grizzlies are no strangers to the flat land. Here is an account from Lewis and Clark’s journals:

On October 20, 1804, near the Heart River at today’s Mandan, North Dakota, men of the Lewis and Clark Expedition saw their first sign of the grizzly bear. The result was anticlimactic. Clark wrote:

“Our hunters killed 10 Deer & a Goat today and wounded a white Bear I saw Several fresh track of those animals which is 3 times as large as a man’s track.”

“Peter Crusat this day shot at a white bear he wounded him, but being alarmed at the formidable appearance of the bear he left his tomahalk and gun; but shortly after returned and found that the bear had taken the oposite rout.”

White bear was how they were described by the Lewis and Clark Expedition but these were grizzlies, and it is easy to see they were a physically imposing force even to men that were tougher than most of us are now.

The difference between seeing them on the prairie in the early 1800s compared to 2020 is that we need to manage them more intentionally now because the landscape has changed. Humans are part of the landscape, contrary to what environmentalists would have you think, and we are tasked with wise management and stewardship of our lands and wildlife resources.

The fact remains that grizzly bears are grossly above carrying capacity of the land out West, surpassing initial management goals under the Endangered Species Act. Wildlife-Human conflicts will continue to rise as long as no species management plans are allowed to occur by wildlife professionals that know their regions the best – knowing it far better than those who continue to sue when grizzlies are delisted and hunting seasons are planned to help control their expansion.

Why The 10mm is The Ultimate Handgun Cartridge for...
Alaska’s Bear Hunting Regulation Changes Aren’t as...