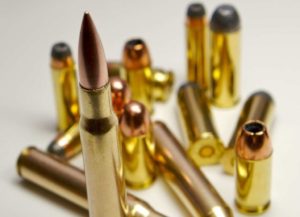 Arguments for the banning of lead ammunition stem from several supposed reasons such as lead poisoning in birds of prey, like eagles, that scavenge big game carcasses and ingest lead fragments from bullets. Another argument brings up health concerns for humans ingesting the same minute lead fragments in game meat.

The question that I have is if these are legitimate arguments or thinly veiled attempts to limit hunters and big game hunting by an overwhelmingly anti-hunting bureaucracy?

There is no question that non-toxic ammunition has made leaps and bounds in its efficacy since 1991. Modern shotshells in particular are incredibly effective and we most likely wouldn’t have products like TSS shot, which is ballistically superior to lead, without that ban. Monolithic copper bullets have also proven to be highly effective at dispatching game animals. Companies such as Hornady, Barnes, Nosler, Hammer and others produce extremely accurate and deadly bullets that contain zero lead and therefore eliminate the concerns over lead poisoning.

I honestly believe that whether or not hunters should make the switch to copper bullets shouldn’t be one that’s handed down via regulation but should be a personal choice. I shoot copper bullets in a couple of my personal rifles and have for years. They are wicked on game, especially big, tough critters like elk. That said, I don’t shoot them for health reasons, I like the deep penetration and on game performance all copper bullets bring to the table.

As for poisoning birds of prey? If the federal government is really concerned about killing eagles then why ease restrictions for wind energy development killing both golden and bald eagles with the new wind farm program?

Seems there’s a double standard there. What say you?