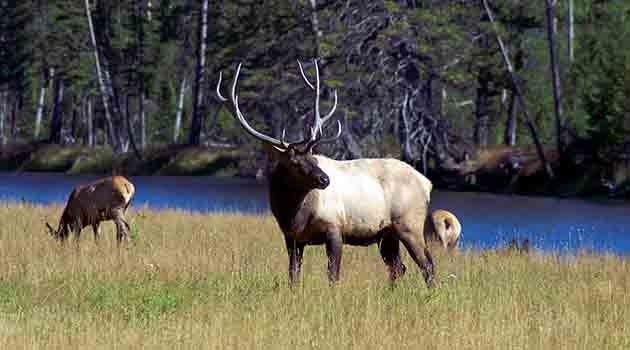 I will say environmental extremists have tenacity and rarely give up even after being defeated time and time again. The same holds true for Footloose Montana, a radical anti-trapping and hunting organization based in Missoula, Montana that is funded by foreign money. They have been attempting to ban the trapping culture in Montana for more than 20 years and failing miserably. I remember when I was going to school at U of M in Missoula, they had a proposal on the ballot that thankfully failed miserably back in 2008 or so. Here we are over a decade later and they are still at it.

Now they are petitioning the federal government for a 5 mile buffer zone around Yellowstone, Grand Teton, and all four national forests that are adjacent to the park as a wolf safe zone. This proposed ban was submitted just a couple weeks after three wolves were killed just outside the park on private land that were once part of an established pack in Yellowstone. “This insanity of allowing the slaughter of national park wolves and endangering the public was enabled by Governor Gianforte and our legislature must be stopped by the federal government,” said Stephen Capra, executive director of Footloose Montana.

This is typical rhetoric from individuals that are completely ignorant of the North American Model of Wildlife Conservation and refuse to be educated. Instead, they base their decisions off of emotion and refusal of facts. These types of extremists cite that wolves are a huge economic resource to the region and shooting them puts the general public at risk. I would argue that I am interested in seeing elk in the Park and not wolves. Park officials introduced wolves into the Park as an experiment in 1995, and decided to completely bypass public opinion in doing so. As a result, there are very few deer and elk that live inside and migrate out of the Park any more. Footloose Montana and other special interest extremists that are proponents of this buffer zone only care about wolves and no other wildlife. That is pretty sad if you ask me. Why is that?

For this 5 mile buffer proposal to be considered it will need support from several federal officials. From the U.S. Department of Agriculture, Secretary of Interior, Director of the National Park Service, and Chief of the Forest Service among others. This will be another attempt to bypass science and go straight to politics in an attempt to get their way. I encourage everyone to go to the Footloose Montana website and leave them a comment of disapproval for this new proposal and that they should instead stick with the science and real management that we finally have on wolves in Montana, Idaho, and Wyoming.