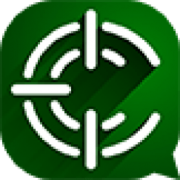 Watch it on the Sportsman Channel

This week Ducks Unlimited Television (DU TV) takes you to the Texas coastal prairie. There the DU TV cameras capture great hunting action and we learn more about the Texas Prairie Wetlands Project.

Thunderbird headquarters is south of El Campo, Texas, in the heart of the central flyway’s wintering grounds. Most of the land here is privately held, so DU has worked with landowners for decades, restoring and improving wetlands habitat.

“With Texas being 95% privately owned, it’s key to work with landowners on this landscape,” Abshier said. “This year, we are celebrating the 30th anniversary of the Texas Prairie Wetlands Project. Over 90,000 acres of habitat restoration have been delivered in that time and DU has worked with over 700 landowners in 28 counties. Through the program we provide survey, design and engineering services to ensure what we build has a minimum lifespan of 10 to 15 years.”

In that 30-year time span, lands utilized by the Thunderbird Hunting Club have benefitted from the program with over 40 projects completed. Club members hunt many of those areas, so DU has a substantial impact.

“Thunderbird is what got me involved in Ducks Unlimited,” said Peterson. “Before then I wasn’t really sure what DU did. Then I came to Thunderbird and I could see how beneficial their (DU’s) help is on the landscape. We have learned a lot about waterfowl and wetlands management through DU. Our continued partnership in the future will grow that knowledge, benefitting not only the ducks and geese but multiple area wildlife species.”

DU TV airs Tuesdays at 1 a.m., Wednesdays at 7:30 a.m., Fridays at noon, Saturdays at 9 a.m. and 2 p.m. and Mondays at 3 a.m. (all times Eastern) on the Sportsman Channel. The Saturday 2 p.m. slot anchors “The Landing Zone presented by Ducks Unlimited” waterfowl and upland hunting lineup. Bonus content and classic episodes can also be found at  www.ducks.org/dutv.