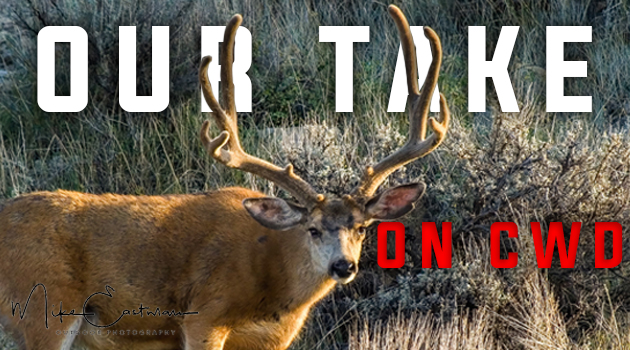 “Oh, he died of ‘natural causes’,” they responded.

That sounded completely logical to me at the time. In fact, that was a logical response to the death of someone you knew until the last 20 years when our medical advances have increased exponentially. Now we are accustomed to knowing what, exactly, is ailing someone and what they die from. No more guessing or ignorant statements of “dying of natural causes”.

The question then arises with some medical conditions, let’s use cancer as an example, do we have more people getting cancer in our society today or are we better at diagnosing the disease and then potentially treating it? In addition, science has told us that the human body carries potential cancer-causing cells, yet not all of mankind shows signs of cancer nor dies from it.

This information has been rattling around in my brain with the recent resurgence of the Chronic Wasting Disease (CWD) topic. I worked through a similar scenario around the turn of the century while working as a biologist for a state game and fish agency. The scare of CWD was, and still is, a real concern (see Eastmans’ Hunting Journal article in the Oct/Nov issue 175), and during disease outbreaks it is natural to ask how we manage it, is it possible to treat it, is it a threat to the health of other wildlife, is it a threat to the health of humans, etc. 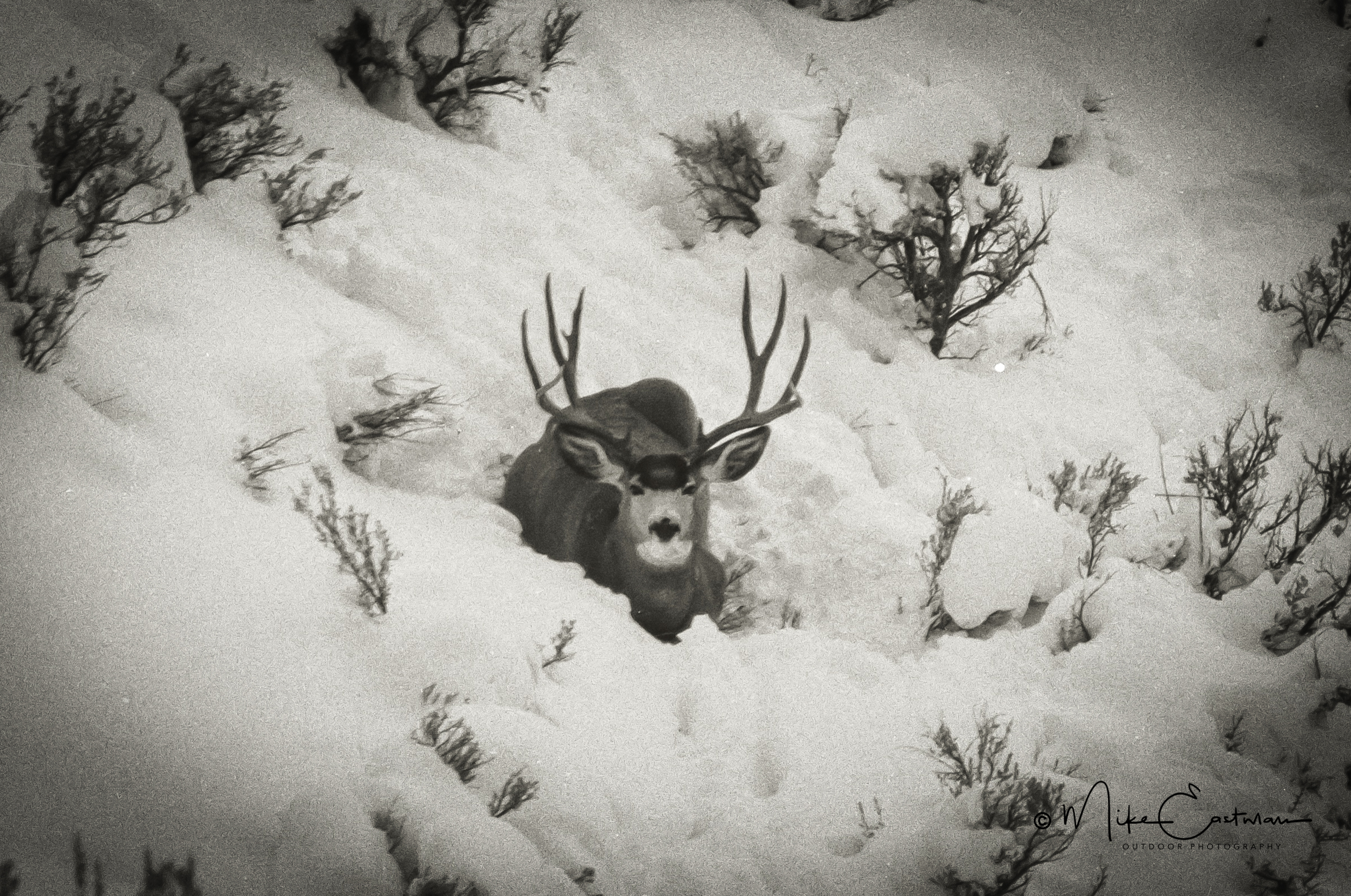 Questions I have never heard being asked regarding the topic of CWD currently nor 20 years ago, from either sportsmen or wildlife managers, are:

Do some cervids exhibit signs of the disease and then recover from these symptoms (i.e. survival rates)?

Recently we have heard lots of options on how states plan to deal with CWD, from culling herds on the winter range, to surveillance and lab testing, to reducing artificial concentrations of big game in certain areas, and the list goes on and on. Some of these ideas thrown out on social media are “fake news”, while some actually have credence.

These documents have pages and pages of recommendations along with potential action items on how to deal with CWD. Here are the listed items that may be of greatest interest to sportsmen and that have also caused alarm on social media lately:

Recommendation 1.4 (Pg. 117): WGFD will work collaboratively with public stakeholder working groups to evaluate feeding practices of elk at feed grounds where possible to reduce risk and minimize negative impacts on elk population. This has already been implemented on the Elk Refuge in western Wyoming near Jackson Recommendation 5.2, Option 1 (Pg. 120) references the WAFWA document mentioned above with the provided link and states: Increase mature buck harvest in order to lower CWD prevalence from current levels by a percentage deemed appropriate through local processes and with consideration to the WAFWA document. WAFWA Document reference:  Harvest Management (page 7)  Hypothesis 1: Increasing harvest on the segment of the population that is most likely to be CWD positive should result in reduced disease prevalence and subsequent transmission.  Hypothesis 2: Because male deer harvested later in the season (post rut) appear more likely to be CWD positive, harvesting males later in the season will reduce prevalence.  Hypothesis 3: If significant transmission occurs from animal-animal contact during breeding, then focusing harvest after the rut should remove animals sooner after infection and reduce transmission.  Goal: Increase male harvest, bias harvest toward infected males, and/or shift or maintain timing of harvest to post rut. These manipulations can be applied either individually or in combination. Maintain female harvest at the same level during the assessment. The manipulation requires a significant increase over the current male harvest level. At minimum, agencies should consider an increase of at least 10 percentage points over the current buck harvest level (e.g., an increase from 20% to 30%). Modeling suggests a buck harvest level of ≥30% may be most effective to reduce prevalence. Multiple harvest levels need to be evaluated because the minimum level to effect a reduction in prevalence is unknown. (underlined and italicized for emphasis) Also, this strategy should be replicated at multiple levels of CWD prevalence to evaluate whether efficacy is dependent upon disease intensity. Therefore, management agencies should coordinate efforts in evaluating this strategy to allow for replication and comparison of efficacy in different populations. Prospective manipulations: Increase buck harvest  Baseline treatment where prevalence is 10−20% is to increase harvest from 20% to at least 30%.  As feasible, evaluate >1 harvest level, particularly in the range of 30% to 50%.  Ideally, male harvest of 30%, 40%, and 50% or more all should be evaluated.  In areas of high prevalence or where otherwise desired to meet herd or population objectives, concurrent or independent assessment of doe harvest as a tool for CWD suppression may be warranted under guidelines similar to those above. Recommendation 5.2, Option 2 (Pg. 120): Alter the timing of buck harvest in order to increase harvest of mature bucks. E.g. taking advantage of seasonal behaviors. Recommendation 5.2, Option 3 (Pg. 120): Reduce cervid populations to measurably decrease densities within an area of concern (e.g. herd unit, hunt area, portion of a hunt area). Maintain reduced densities for the appropriate amount of time to adequately evaluate effects on CWD (i.e. greater than 10 years). This may require a sustained increase in female harvest. Density and harvest goals must be clearly articulated and developed with public input prior to and during implementation. Recommendation 5.2, Option 5 (Pg. 120): Utilize a robust monitoring program to identify areas with a high density of CWD positive cervids (i.e. “hot spots”). Develop and implement lethal removal strategies to maximize removal of cervids (male and female) around locations of known “hot spots”, including but not limited to hunter harvest (preferred), targeted agency removal, and other designated methods. Recommendation 5.4 (Pg. 121): WGFD will consider CWD in the adjustment of harvest and population objectives and associated management strategies to manage cervid numbers (male & female) in areas of concern. Recommendation 5.8 (Pg. 121): We recommend WGFD cooperate with landowners to increase hunter access for CWD management. Recommendation 6.2 (Pg. 122): Consider issuing licenses and associated hunting seasons in relation to migratory herds that are intended to specifically address CWD management actions. 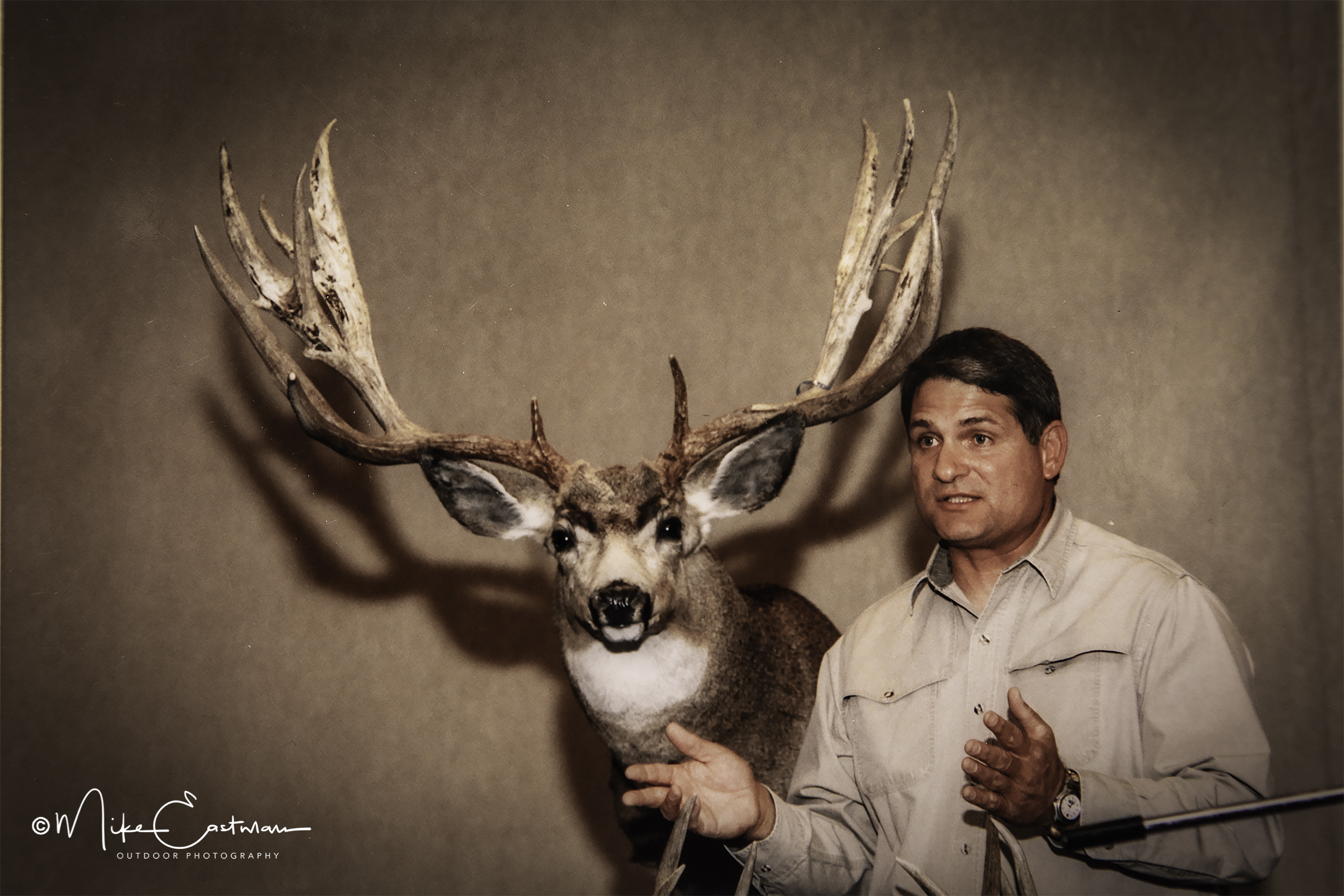 In my opinion, we don’t know anywhere near enough about CWD to go forward with the herd culling that is happening in some states and proposed in others. I like the recommendations of learning more on the disease (if possible) before we take drastic measures and kill deer during the rut or post-rut. In the middle of a mighty battle on protecting migration corridors across the West, this seems like an epicly bad time to be talking about killing deer on the winter range (see the awareness video we produced on this topic here).

What say you fellow sportsmen? Are the recommendations in these plans on the mark or way off base?