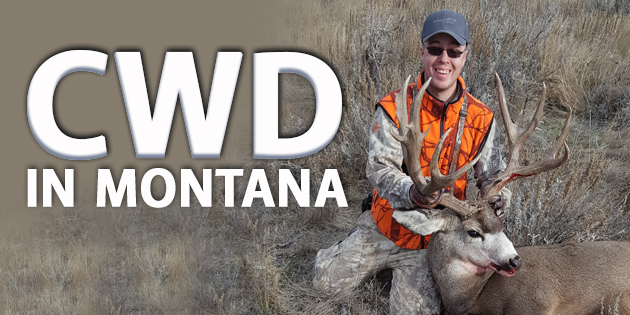 Montana Fish Wildlife and Parks (MTFWP) advised hunters a deer killed in southeastern Montana is suspected to be positive for Chronic Wasting Disease (CWD). According to the Chronic Wasting Disease Alliance, CWD is “a contagious neurological disease affecting deer, elk and moose” that causes “degeneration of the brains of infected animals resulting in emaciation, abnormal behavior, loss of bodily functions and death.”

The deer in question was killed in hunt district 510 south of Billings. “We’ve suspected it wasn’t a matter of if, but when CWD would show up in Montana,” said Ken McDonald, MTFWP wildlife division administrator. “Fortunately, we’ve done a lot of work to prepare for this.” Previously, the closest confirmed CWD case had occurred in Wyoming, less than 50 miles southeast of the kill site in this case.

Because CWD detection requires brain samples from dead animals, MTFWP plans to hold a special hunt after the close of the general season to collect enough samples to determine disease prevalence and distribution.

MTFWP lead disease technician Zach Mills told NBC Montana how MTFWP is working to create, “A buffer zone around where that disease was or where that infected animal was identified.” He emphasized, “If it’s something we leave unmanaged, it’s possible maybe in my lifetime, or my kid’s lifetime, or my grandchild’s lifetime, that our herds could be really struggling if we don’t get our hands around this disease collectively.”

Though there is no evidence CWD is transmissible to humans, The Centers for Disease Control and Prevention recommends hunters who harvest animals from a known CWD-infected area have it tested before consumption.

MTFWP is encouraging all hunters in districts 502 and 510 to have their harvest sampled at the Laurel check station or the regional office in Billings. The office’s phone is 406-247-2940.

How to Store Your Bigfoot Decoys | Fowl Friday
Open Country Thanksgiving: Things To Be Grateful F...