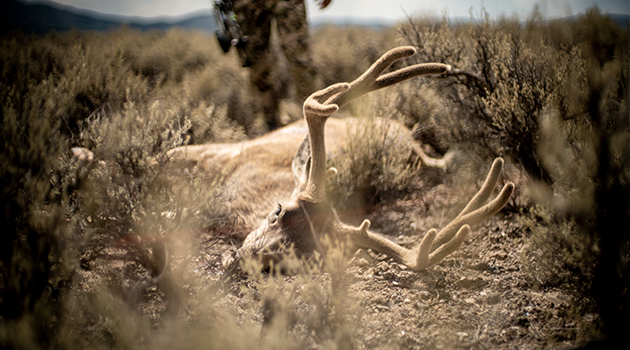 The U.S. House of Representatives just passed H.R. 5608 the Chronic Wasting Disease Research and Management Act. This bill authorizes $70 million annually between fiscal years 2022 and 2028 to be divided equally between CWD research and management efforts.

“Of this, $35 million will be dedicated annually for CWD research to develop testing methods, enhance detection efforts, better understand genetic resistance, among others. The remaining $35 million will be used for the management of CWD by prioritizing funding for state and tribal wildlife agencies that have the highest incidence of CWD, are demonstrating the most significant commitments to combatting CWD, are facing the greatest risk of new CWD cases, and more.”

There’s an old saying, “follow the money” and it’s intended to ferret out the source of a fishy smell surrounding an issue and there is no bigger issue in wildlife management today than CWD. Therefore it makes sense that if the federal government was to “get behind” an issue it would be this one. It also stands to reason that by earmarking half of the $70 million to state and tribal wildlife agencies experiencing “the greatest risk” that states would ramp up their testing and searching for CWD so that they can get their share of the money to help prop up sagging budgets. The money trail is startlingly clear on this one. Want a piece of the pie? Start showing more CWD incidence. The higher the prevalence rate of CWD the more money the feds will throw your way. Things that make you go, hmmmm.

Understanding more about CWD is not a bad thing and my hope is that states use this money to learn more about the disease before implementing drastic, half-baked and dangerously short sighted “management measures” like the culling of mature mule deer bucks on the winter range! Yes, that’s actually part of more than one state’s management plan that for now, has been stalled, thankfully.

More knowledge and understanding is always a good thing but modern society’s tendency to base policy on emotion and feelings instead of cold, hard scientific fact is dangerous at best and could very well lead to the extirpation of the West’s iconic mule deer herds, all thanks to the boogeyman named CWD. We are seeing the dismantling of sound wildlife management practice all across the West from CWD cull hunts to demands for the closure of elk feed grounds due to the possibility of CWD contamination. What will this look like now that federal taxpayer dollars are dangling in front of state wildlife agencies?

Like I said, my hope is that this money is used wisely for study. If so it could make a huge difference in the fight against CWD. If not? Well, I don’t want to imagine that scenario for both our ungulate herds and the future of hunting.

I’m very interested to hear your opinions on this.