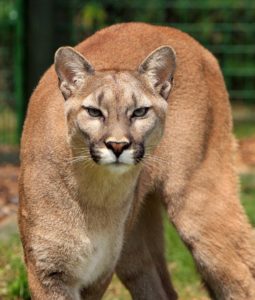 “[It] was like a dragon took him out of the sky and then leapt 20 ft off the deck. I know we’ve all heard it before but this is obviously NOT normal coexistence behavior and I’m now scared for our children (and the grownups after seeing the size & strength of the lion.)”

I’ve reported on mountain lions in suburban areas before but this is getting downright ridiculous. The area around Nederland, CO, not far from Boulder, has recently been devastated with mountain lion predation on resident’s pets, namely dogs, and folks are fed up, scared and feeling powerless to stop it.

As I read through the article in the link below I couldn’t believe what I was reading… people not able to see the simple reason for the ridiculous increase in lion predation and the simple solution to the problem, and it ain’t keeping your pet on a leash! Disclaimer, if opinion bothers you then stop reading now!

Colorado severely limits the hunting of mountain lions and in the area where these attacks are happening, GMU 29, hasn’t seen a filled lion tag since 2005! That’s right, not a single mountain lion has been successfully hunted in the area in 18 years, even with the “generous” quota of 2 lion tags. No wonder the local lion population is out of control with what amounts to zero fear of humans.

Spare me the cliche argument about people living in the lion’s habitat, that doesn’t fly with me. People in other states (Idaho, Montana, Wyoming) live with and around predatory animals every day and this crap doesn’t happen there with this regularity! The problem is that Colorado forbids the killing of a mountain lion for the protection of “personal property”, see below.

The way I interpret that law is that if my family and I are walking my Labradors in Colorado and a lion jumps them, putting all five of my loved ones in danger, I have zero recourse! BS!!! If that lion is close enough to harm my dogs, which do not stray, it is close enough to harm my wife and children. Think I’m off base? Read the article as I did, you’ll be shocked to see the circumstances these people are dealing with.

So with defensive killing forbidden the only right answer to this equation is to legally kill these lions through hunting and that will take an obvious increase in tags. Which leads me to another point… If there are two tags per year issued for GMU 29 but not a single lion has been harvested since 2005, why is that? Are anti-hunters getting the tags and tossing them? Is the area too heavily urbanized to hunt? Whatever the answer is it is obvious the state of Colorado does not want these lions harvested with only two tags and an estimated population of four cats per 36 square miles, most of whom seem to be living around the easy pickings of folk’s homes who have zero recourse to deal with the aggressive cats.

Living around predatory animals comes with the reality that they do in fact eat meat and our pets and ourselves are made of meat… predators, especially those who’ve become accustomed to harmless human presence, will push the boundaries of the predator/prey relationship as far as they possibly can. It has nothing to do with CWD, habitat or environmental disturbance, it’s all about getting food the easiest way possible. If that includes snatching a shih tzu out of a backyard instead of stalking a mule deer or nabbing a child crossing the street then that’s exactly what that predator is going to do.

Until the folks in Colorado come to terms with taking back their place as THE apex predator in their neighborhoods this problem is only going to get worse.