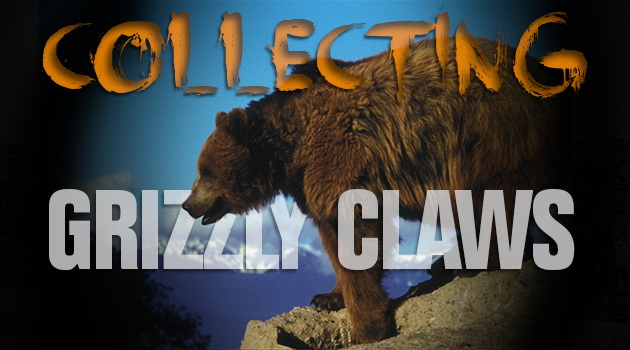 “What are you doing here then?”

This direct quote from the popular movie Jeremiah Johnson was supposed to take place in the 1800s. Back then you could hunt grizzly bears and collect the claws if you wanted to. But in the 21st century, that’s a bit of a no-no.

The Outdoor News just published an article titled, Man kills grizzly in self-defense, keeps claws as a memento.  As you can probably guess, the outcome wasn’t too peachy for the individual that shot the grizzly in self-defense and “didn’t report the incident because he was “terrified” and said he knew taking the claws was illegal. “I was hoping I would never run into you two,” he told the U.S. Fish and Wildlife (USF&W) Service agents investigating the case.“

While I understand the fear he had when shooting a griz in self-defense and not reporting it because it seems we aren’t allowed to protect ourselves in the backcountry without feeling like we’re on trial for murder, I don’t understand why you would keep the claws?  Not very smart and makes you question the rest of his story.

Situations like this make USFWS personnel naturally skeptical when they hear that a grizzly was shot in self-defense, thus making investigations of innocent situations seemingly more stringent than they need to be.