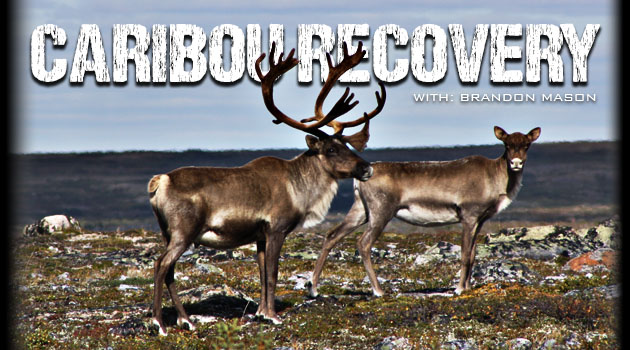 Ever since I was a university student studying to get my bachelor’s degree in wildlife and fisheries biology, I’ve been amazed at the lack of common sense and on the ground knowledge of some biologists and the general public when it comes to the topic of predator and land management. I recall doing my first research paper on mule deer management, where we reviewed a peer-reviewed paper for a report. I chose one that dealt with overwinter fawn survival and the “ground breaking” conclusion the researcher found from two years of study was that coyotes and other predators had a drastic effect on overwinter fawn survival.

I was shocked that this was shocking to the researcher. Two years of research and resources all to find out that predators have a negative effect on fawn survival. Unbelievable. I brought this up to my professor and was lambasted for criticising a researcher. I quickly learned where I stood and that in order to go far in the wildlife management world you had to keep your mouth shut and do as you’re told and often-times ignore facts. Well, that’s not me and 20 years later I read articles like this from the CBC and see that the trend continues.

British Columbia (or B.C.) has been utilizing cull efforts to help control wolf populations and their decimation of northern caribou herds. Again, the fact that predators left unchecked have  devastating effect on ungulates and other wildlife isn’t earth shattering news, but the rebuttal from the wolf-lover-community continues to blow my mind with the lack of attention to on-the-ground knowledge and results of this effective effort from the province. From the article we read, “Critics have argued that habitat loss and human encroachment are to blame for the decline of the caribou, and say there is little evidence to back up the theory that wolves are the problem.”

Are you kidding me?! Have these “critics” even been to the North Country? Loss of habitat?! Really?! One of the struggles wildlife managers have always had in managing caribou herds is the vast expanses of habitat that make it difficult for humans to tag along with caribou herds to effectively monitor their populations on a long-term basis. It isn’t cost-effective and is sometimes impossible for us to go where they live in certain times of the year. No…loss of habitat isn’t the problem.

Having hunted caribou and/or moose in Quebec, B.C., and Alaska, I can assure you of the travel challenges and expenses that exist for human beings to even get to many of the regions these critters call home. The financial expense is especially noticeable for poorly funded wildlife agencies, especially when they are having to defend themselves from the litigation of those trying to protect apex predators, further draining their budgets and skewing the well-rounded wildlife management principles instituted and further developed by wildlife management legends such as Aldo Leopld and Valerius Geist.

Current University of Alberta biologist Stan Boutin even states, “The sad part of it all is that if we’re going to do a wolf cull to keep caribou populations around, we’re in this for the long haul,” said Boutin. “As soon as you stop the cull, wolf numbers come right back up to what they were before, and caribou populations decline again.”

We keep seeing that once predators are established and left unchecked, disaster to the rest of the wildlife management structure and ecosystem ensues. Further, wildlife management budgets are slashed due to reduced revenue provided by sportsmen. We are the #1 funding source for the North American Model of Wildlife Conservation. Statistically there is no argument on this. Our great President Theodore Roosevelt and others saw to it that sportsmen be responsible for sound wildlife management. Here in the 21st century, we’ve lost our way and the model that is the envy of the world is crashing down around us with lower hunter recruitment and retention because opportunity is lost to pursue those resources that our system of wildlife management was built on.

We need to stop pretending we can return wildlife management principles to pre-European settlement. It can’t happen. We need to live in the here and now and manage populations of both big game animals and predators accordingly. Hopefully B.C.’s officials can continue to fight the good fight and manage their wolf populations so that these delicate caribou herds can recover. Time, and politics, will tell.