California MRS: Things to Watch For 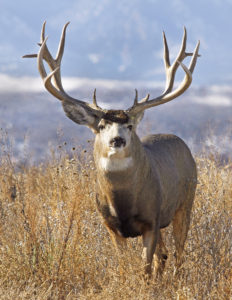 Tis the Legislative Season and with that comes new laws and regulations.  California has been in the spotlight over the last few years for the Anti-Bear Hunting movement that has been happening there.  Anti-hunting NGO’s (Non-Governmental Organizations) have attempted to get bear hunting removed from California.  The removal of bear hunting has been shot down, as of now, but it’s expected to be returning to the docket again this year.  Keep an eye out for that one.

Going on right now are the WRC (Wildlife Resource Committee) meetings.  At these meetings, new proposals are heard on regulatory actions and public comments, for or against.  The WRC then decides on whether that proposal should be heard by the Fish and Game Commission, for possible regulatory changes.

One of these proposals that will be moving forward in the process, is the proposal to close the “Grandma Loophole” for party application draw tags.  Historically, your “Grandma” would buy a license every year and apply for a draw tag.  With that, she would gather a preference point each year she doesn’t draw a tag.  If she draws a tag and returns that tag, she will also receive a preference point.  Now say she has 10 points, and you decide to start putting in for draw hunts as a party.  In California, they average the preference points out among the party members.  Grandma having 10 points and you having no points, puts your average at 5 points.

This year you both apply as a party for an X6A deer tag.  X6A usually takes 5 points (or 5 years of applying and being unsuccessful) minimum to draw.  With the 5 Point average, you draw the tag your first year applying.  Once you draw that tag, Grandma turns back in HER tag and gets another preference point so she will have 11 next year.  You hunt X6A this year and next year you have an even better shot because now Grandma has 11 points, bringing your party average to 5.5 points.  You can see how this snowball can start rolling down the hill and makes it easy for someone to game the system.  You could hunt X6A, or even better units, every year when others must wait years to hunt those units if you apply this way.

The proposal to close this loophole would look something like this.  An individual party member may only return their tag if their points are less than or equal to the party’s point average.  For instance, in the scenario above, you would be able to return your tag because you have zero points, and the party average is 5.  Grandma wouldn’t be able to turn in her tag and retain all her points because she has 10 points, and the party average is 5.  The only way for all the points to be reinstated is if ALL party members turn in their tags.

This hasn’t been voted on as a new regulation yet but be prepared because I see it coming in the near future.  Is this a good thing or a bad thing for California hunters?  Comment down below with your thoughts.

How To Make A Waterhole In Your Deer Woods
What’s So Special About 2023 RVs?