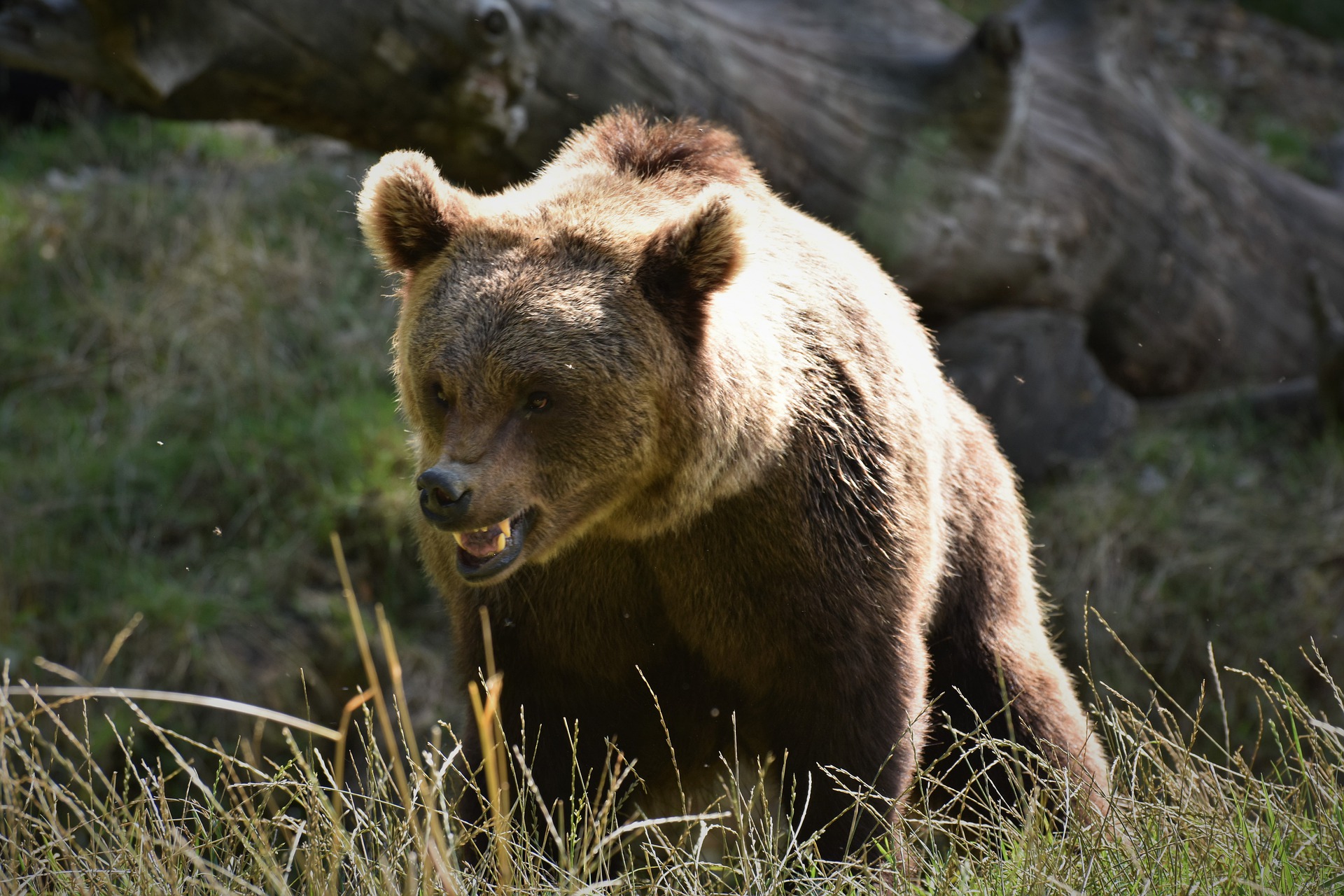 Yes, I’m actually posing that question. Who is the real problem, us or the bears?

The reason I ask this question is due to the ongoing hazing efforts aimed at bear 863 or “Felicia” as her fans call her on Wyoming’s Togwotee Pass section of Highway 26/287. USFWS wildlife officials have been aggressively hazing Felicia away from the highway in efforts to break her habit of feeding next to the highway in plain view of passersby who in turn jump on their brakes and stop to gawk at the now world famous bruin and her cubs.

The problem arises from the number of people stopping on a public roadway thus creating an animal induced “traffic jam”. This in turn creates an extremely hazardous situation for motorists unfamiliar with the route and tractor trailer and RV drivers who cannot stop on a dime when an unexpected situation arises. This localized “bear jam” is a ticking time bomb and ripe for a major traffic accident, especially now at the height of tourist season as this stretch of highway is a very popular route to access the area around Jackson, Wyoming, Grand Teton National Park and Yellowstone National Park.

It is the above scenario that both State and Federal wildlife officials are attempting to address by hazing Felicia and her cubs. They have simply found that it’s easier to modify the bear’s behavior than it is people’s in spite of repeated efforts and appeals to encourage folks to not stop and block the flow of traffic on the roadway.

I’m truly not sure where I stand on this debacle. On the one hand is my conviction that human interests and safety trump that of any and all animals as long as we are fulfilling our role of stewardship toward them and not exploiting a resource into oblivion. On the other hand, is my genuine concern for the bear and her cubs. She’s chosen this spot to feed for a good reason, and she’s not raiding campsites or trashing homes so why should we be throwing expensive resources into efforts of behavior modification? Surely there are more important projects we could be dedicating the manpower and money to? Maybe build a parking area and wildlife viewing platform to give admirers a safer place to view this bear from?

As always, I’m very interested to hear what you folks have to say about this… comment away!