Arizona Wolves On The Rise 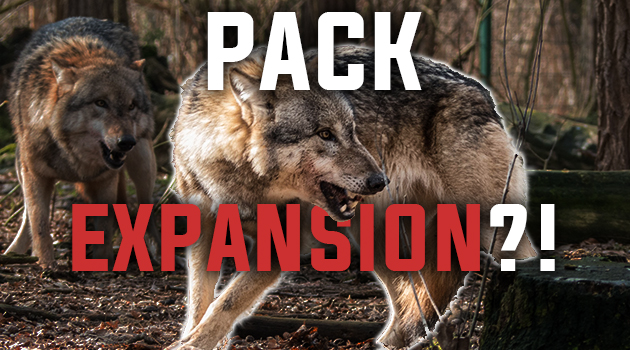 It seems this topic gets very little attention and I must admit that I don’t know much about the actual impact the wolves are having on game animals in Arizona and New Mexico. That said, I’d love to hear your opinions on this wolf recovery program and the effects it is having on the ungulate population of the Southwest.

Mexican Gray Wolves have expanded their population by 24% since last year and now total an estimated minimum of 163 animals. An interagency aerial count combined with tracking collar studies and other field research revealed that the wolves are distributed quite evenly between Arizona and New Mexico.

The wolves have expanded for the second year in a row with more breeding pairs raising more pups and agencies aiding in the expansion of established packs via “cross fostering” a practice that takes pups from other areas or packs and plants them in other packs to be raised.

Growth for this wolf population has been progressive over the past decade with more and more wolves populating the landscape of the Southwest every year. This growth is due in large part to the science based conservation efforts of an inter-agency task force called the Interagency Field Team or IFT. The IFT is responsible for monitoring wolf populations, encouraging and aiding dispersal of genetics, and a captive breeding program that supplements established wolf packs and expands wolf range. The IFT operates under the Mexican Wolf Recovery Plan, whose goal is the return of the Mexican Wolf to populations that can be “accommodated with the subspecies’ historical range in the southwestern United States and Mexico.”