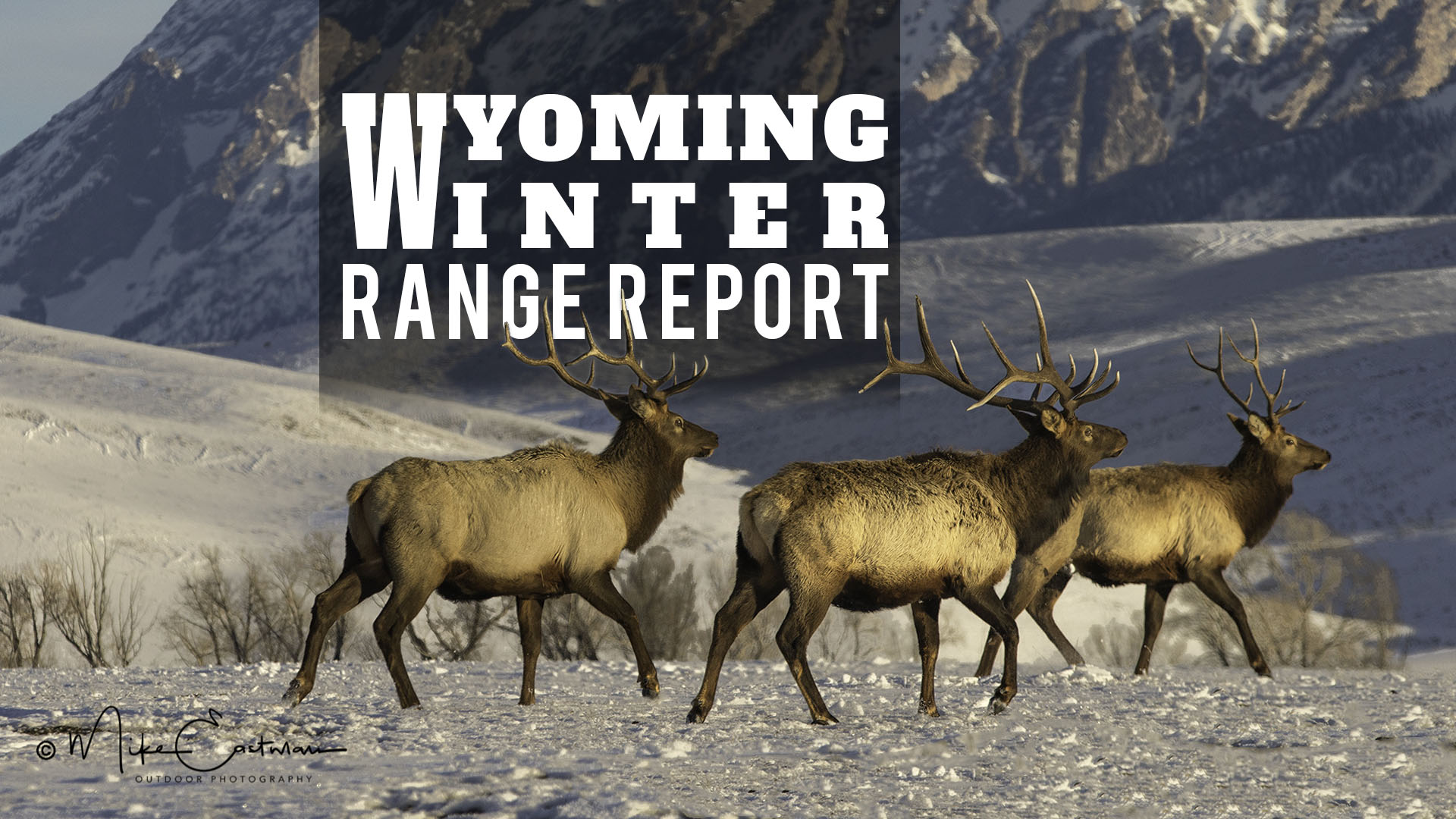 After a very rough winter last year- it will go down in history as one of the toughest winters in nearly half a century, this winter has come as some welcome relief for our wildlife and big game herds. The long and short of the situation is that this winter has been relatively mild, with good snow pack at the higher elevations where it belongs.

Most of the state is currently sitting on a snowpack of 115% of normal levels. The biggest snow averages seem to be in the Snake River and Shoshone River drainages followed by the Wind River and Green River drainages. This bodes well for our high-country deer and elk herds to the West. The further south we go, the less snowpack there is. The I-80 corridor has seen less than 90% of normal this year which would be the Platte, Lower Green, Bear River and Little Snake River drainages. After last year, this is also a sign of good things to come. The Bighorn Mountains are right about normal or just a touch shy of normal, but that is not out of the ordinary considering April is generally a huge month for snowfall in the Horns’.

The preliminary data shows that our deer went into the winter months with some of the highest fat reserves ever recorded, mostly due to a very green and lush summer and early fall. The early fall weather was very mild but the state did get hit with some very significant snow storms during the mid-fall months of late September and early October. The late fall weather turned out to be a very nice and comfortable Indian summer which further increased the health and fat reserves of our deer, elk and antelope.

As for the spring so far, March was relatively mild but cold. We have yet to see much spring rain as most of the spring moisture is falling in the form of snow still, due to the cooler than normal temperatures seen nearly statewide, even at the state’s lower elevations. The extended forecast is for a nice and even spring warm up with ample rain and moisture through the month of April. May can be a wildcard month for the wildlife of Wyoming as the calves and fawns begin to drop, and the critters lose their warmer winter hair. A nice warm May and early part of June would be a very nice way to finish off a relatively good weather year on an already battered deer herd.

When it comes to the game herds, I expect the elk to have done very well this winter as they always seem to do. Big snow packs up high are critical for elk summer habitat and dry short snow packs at lower elevations are good for the wintering elk and tougher on the predators that try to feast on our wintering elk herds, aka the wolves. This winter has had both. The antelope in Wyoming are very hardy and a winter like this one is no match for an antelope’s winter defenses. The antelope are going to winter out just fine and most herds should see significant increases in health and numbers come fall. The only exception to this could be the northern Green River basin around Pinedale, where the winter of 2017 put a huge wallop on those pronghorn herds. The mule deer have been badly battered in the West and Northern portions of the state, where the big bucks tend to reside. This winter will be a year of stabilization for our deer and with some good old Irish luck in May, could mark the beginnings of a rebound from all-time lows. Anytime a state loses 30-40% of a big game herd, the situation is dire, and this one is certainly that. The state has adopted some “four-point” or better antler restrictions in many areas in hopes of getting some of the younger bucks and buck fawns that did make it through the winter last year, another year to grow to a breeding age.

We all hope this winter marks somewhat of a new beginning for our deer herd and a significant improvement to our wildlife habitat statewide- a habitat that will support generations of increased wildlife numbers for decades to come.