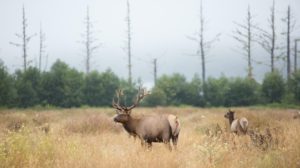 In this blog post, I’m going to give an overview of the Top 10 Big Game Hunting Violations.  In the subsequent articles, I will dive deeper into how those violations occur and how to better operate to not violate those laws.  The laws listed below are specific to Idaho, but most states have similar laws that have similar consequences and verbiage.  Refer to your own state’s criminal codes for the specifics.  This is not meant to be “legal advice”, just some guidance.

I think most people that violate the Fish and Game code do so not out of malice, but out of ignorance of the laws.  However, ignorance of the law is not an excuse.  Most of these laws don’t require specific “intent” to be proven for the violation to occur.  The mere commission or omission is enough for the violation.  For example, when you get pulled over for speeding, the Police Officer doesn’t have to prove that you “intended” to speed.  The mere act of exceeding the posted speed limit is enough to be charged.  The same thing could be said about shooting an animal before or after shooting hours.  You don’t have to have the “intent” to do it, the fact that you did it is enough to be cited.

What most people don’t realize, is that most Fish and Game laws are misdemeanors with a few felonies and infractions sprinkled in.  These charges have varying degrees of punishments attached to those to include; jail/prison time, punitive damages (monetary fines) and revocation of hunting licenses.  Then there is the issue of the Lacey Act (Federal Code 16 USC Ch. 53 Sec 3372) when it comes to some of these situations. Are you hunting as a non-resident?  If you are, you can easily qualify for being charged Federally under the Lacey Act. In short, it pays to be educated on these violations so you can avoid violating them.

Arm yourself with the knowledge and skills to do things the right way to keep from getting yourself in hot water.  Things happen in the heat of the moment but having the knowledge ahead of time will give you the clarity and information needed to make the appropriate decision. Below is a list of the 10 Most Common Big Game Violations in no order, and their classification for Idaho.

There are plenty of other common citations but those are the “Top 10”. As mentioned above those are specific to Idaho but apply across the nation quite broadly. Make sure you are well read on the rules in any state you get to hunt this spring and fall.

How To Deerhunt In January!
Everything You Need to Know About RV Antifreeze